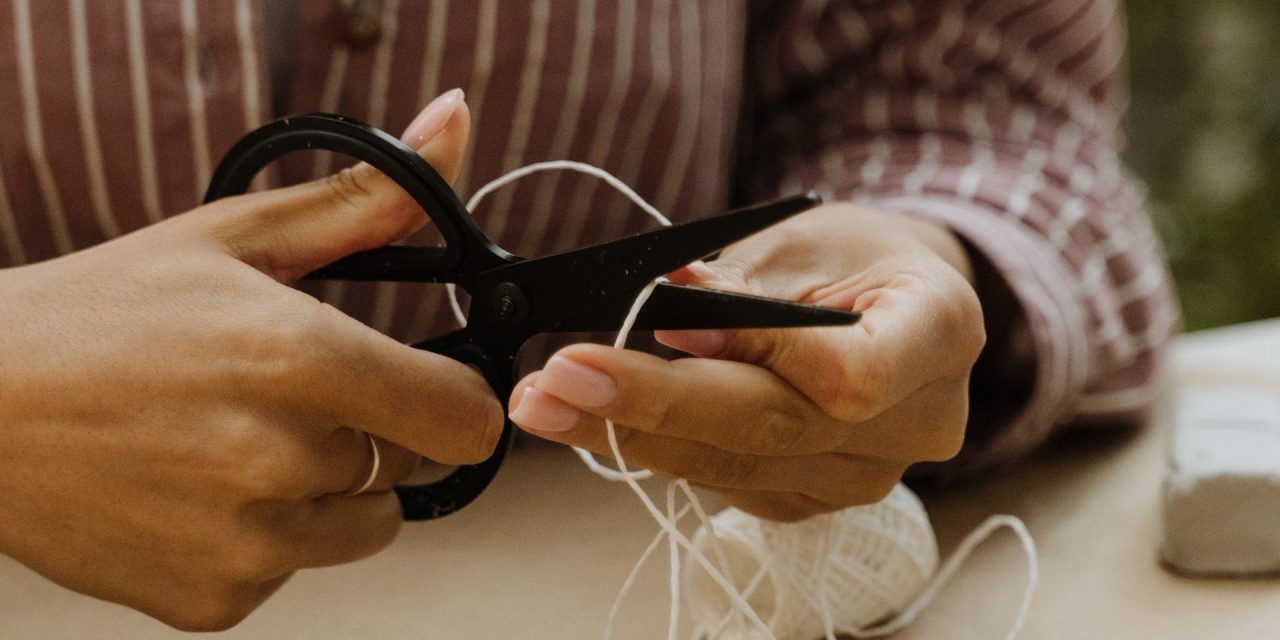 On a recent Sunday morning, my wife came downstairs ready for church when she noticed a string hanging off her blouse. She went into the kitchen and took out a pair of cheap scissors to cut the thread. She whacked away but to no avail. The scissors wouldn’t do the job.

Later the same day, she tried to open one of those packages marked with a dotted line and a picture of a pair of scissors cutting across it. Again, she tried the cheap scissors, but they didn’t work. After repeated tries, they hadn’t even made a dent in the plastic.

When I was in grade school, I had a pair of cheap scissors, too. I could chop away at a piece of paper until I mauled it but never make an actual cut. As far as I know, no child has ever been cut by scissors like this. I guess the person who invented the child-sized non-cutting scissors grew up to invent the adult-sized non-cutting scissors. So here’s my first don’t-skimp tip:

1. When you buy scissors, invest in the good ones.

I have some more tips, too. Here they are:

2. Don’t buy a cheap pen. I bet most of you have a drawer full. You pull one out and spend five minutes try to get it to work (I’ve seen those scratch marks on your notepad). When it doesn’t write, you throw it back in the drawer and pull out another one. After five tries, you find one that works. My advice: Throw away those cheap 19-cent pens and spend $2 on a good one.

3. Don’t buy a cheap mattress. Not all expensive mattresses are good, and not all bargain ones are bad. But do your research and get a good one. One-third of your life is spent sleeping, so proper rest is important.

I once heard a man asked if he woke up grumpy in the morning. He said, “No, I let her sleep as long as she wants.” Maybe if he’d spent a little more money on a good mattress, she wouldn’t have been so grumpy.

4. Don’t buy the one-ply toilet paper. I’ve read several Internet surveys about this, and of course, everything you find online is true. People who have one-ply paper in their homes use three times as much and spend more money on toilet paper overall. People who use one-ply paper are 87 percent more likely to have anger issues. And who wants a family full of anger management problems? Put your money where it counts and switch to two-ply.

5. Don’t skimp on tools. At times, I’ve been the recipient of the thoughtful gift of cheap tools. They don’t work, and any job you use them on takes twice as long. I don’t want my surgeon using equipment he bought from Tools R Us, and I don’t want tools like that, either.

6. Don’t skimp on car maintenance. My Irish grandfather said, “Take care of your equipment, and your equipment will take care of you.” When he shared this advice with me, he was sharpening a big machete. Even as a young boy, I was smart enough not to argue.

7. Wear good shoes. Yes, they cost a few dollars more, but you’ll enjoy the benefits for years. The average person walks around 7,500 steps a day. If you live to be 80, you’ll have walked 216,262,550 steps in your lifetime. The better you take care of your foundation, the better the rest of your body will do. That bit of wisdom was given to me by the On to Glory Sunday School Class. They should know. They’ve already walked 216,262,499 steps.

8. Don’t buy a cheap toothbrush. If I have to tell you why, you’re probably sipping milk out of a cup without a straw.

9. Don’t skimp on taking pictures of your family. I grew up with a mom who didn’t like having her picture taken. When she died early and unexpectedly, we couldn’t find a recent picture of her. To this day, I wish I had a picture of my mom before her death. Take lots of pictures and take them often. You don’t have to post them all on Facebook, but when you need one, you’ll have it.

10. Last and not least but most important: Don’t skimp on time with your children. They equate love with time, and they need both quantity and quality. That’s what excites me most about the climb up Mount Kilimanjaro: the amount of quality time I’ll have with my son.

It’s never too late to start spending quality time with your children. In fact, I think God invented eternity, so He could have both quantity and quality of time with His children. And we never want to skimp on following His example.