Rite of Passage: The hawk and the hummingbird 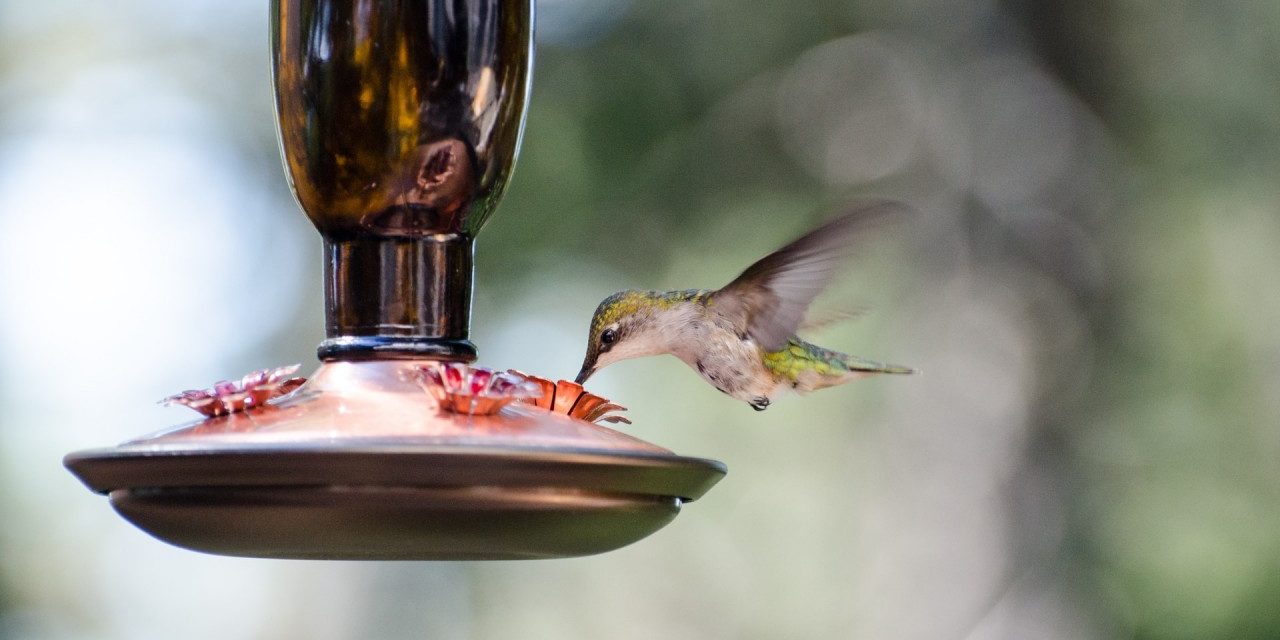 Since retiring, my wife and I have enjoyed going outside in the morning, sitting in our patio chairs and drinking a cup of coffee together. We have spent most of our married life taking teams to the mission field during the summer, so for us to stay home and enjoy our backyard has been a real treat. Our backyard is a fairly good size for a city lot. We have trees, a garden, flower beds and lots of grass.

I sit there enjoying the birds chirping, the squirrels scampering and the sun glistening off the dew-drenched grass. Sitting to my right is my wife telling me what I need to do that day; it’s not a short list, and it never gets shorter. I accomplished two of those things previously. I fixed a leaky toilet and built her a small box to put Mason jars in. However, she found two more things to replace the things I accomplished.

Recently, we have an added morning attraction: a hawk and a pair of hummingbirds. I was thinking about hummingbirds and wondered why we had to add the word “bird” to the end of their name. We don’t we say blue jay bird, robin bird or cardinal bird? I guess the hummings could be mistaken for a big bee or a dragonfly (speaking of misnaming; it’s neither a dragon nor a fly). But whoever was in charge of naming the birds that day wanted to make sure everyone knew it was a bird, hence they named it “hummingbird.”

But now we have added a hawk. Recently, I pulled into the driveway and saw it sitting on our fence. When you are used to seeing the run-of-the-mill finches, cardinals, chickadees and sparrows lined up on your fence and then you see a hawk sitting there, your mind tends play the children’s game, “Which one of these doesn’t belong?”

That day, the hawk took up residence on top of a tall cedar tree in the corner of our neighbor’s yard. As we drink our daily coffee, we look up into the cedar tree and check in on the hawk. It looks like a tree topper for Mother Nature as its silhouette is framed by the blue backdrop of the skies. It has an aura of majesty as it swivels its head, proudly surveying the land.

As my wife and I sit and watch the hawk, we can also see a small redbud tree two-thirds of the way across the yard between us and the cedar tree. If you look closely, and closely you must, you will see something that looks like a deformed leaf standing upright on top of the tree. But as your eyes come into focus, you are caught off-guard, because it is one of our hummingbirds sitting there, as proud and majestic as any hawk ever thought of being. It doesn’t lift its wings and soar but darts across the yard like a heat-seeking missile.

You would think the hawk would be the feared one, but no, it is the hummingbirds all the other birds stay away from.

When Jesus came to this earth, the world was looking for a hawk: One who would be larger than life, sitting on His throne and ruling the world. Even the disciples thought this as they argued over who would sit next to him. What they didn’t realize was that Jesus’ coming was more like a hummingbird. He was born as a helpless infant, lived a humble existence, had no wealth or titles and never held office. Yet the Creator and King of kings humbled himself to the point of death. “And being found in appearance as a man, he humbled himself by becoming obedient to death—even death on a cross” (Phil. 2:8).

Yet, Jesus darted about doing good in His time on earth, touching people and introducing them to the Father. “Jesus did many other things as well. If every one of them were written down, I suppose that even the whole world would not have room for the books that would be written” (John 21:25).

Yes, the first time, He came as a hummingbird; but the next time, He will come as a hawk.