Rite of passage: The GOAT 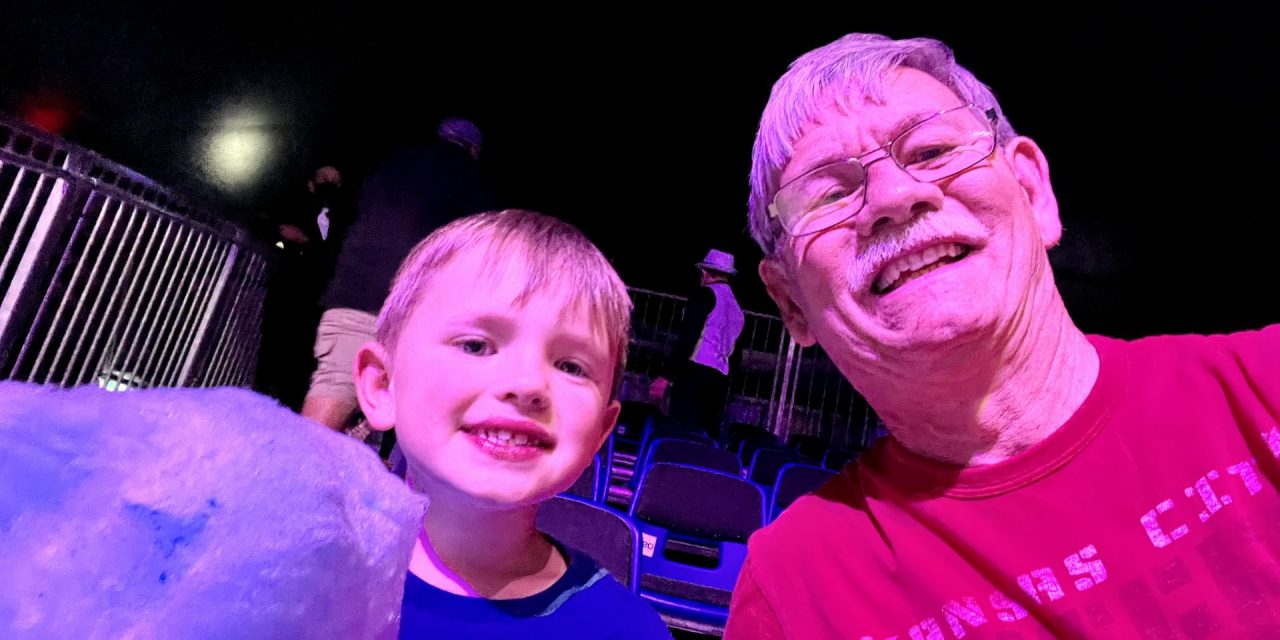 I am usually the greatest grandpa who ever walked this earth—or at least I like to think of myself in those terms. But sometimes even the GOAT (in this case, the Grandpa Of All Time) has an off day.

Titus the Honorable came to spend the weekend with us. I picked him up on Friday night after his soccer game, and we had some hot chocolate, heard about school, and then it was time for bed.

Saturday morning, Grammy made us her famous chocolate chip waffles, and then we went bicycle riding.  As we were riding around, Titus asked if we could take a different route than our normal one.

We live near a large park with a three-mile path around it. As we rode up some hills, Titus was struggling to make it to the top. He leaned into the handlebars with all his might, pushing down on the pedals to make the crest of the hill right just in time to have a meltdown.

Right before us stood a park bench. As we sat down, it wobbled. Next thing I knew, Titus was inspecting it. A bolt was loose, and I tightened it by hand to make it more secure. Then Titus had a great idea.

“Poppy, why don’t we go back home and get our tools? We can fix all the benches in this park!”

That would have been a great project if something else hadn’t happened. He began rubbing his legs and telling me they were hurting because his growing pains had kicked in. Do you know how hard it is to pedal a bicycle when you have growing pains? We struggled back home just in time to help Grammy in the garden.

I had promised Titus that I would take him to the circus that afternoon. As we are leaving, I picked up a box of Mike and Ike candy to take along. Grammy warned us that Titus’ dad said all our candy was stale, but that was great news for me; I like stale candy. I had also told Titus he could have $10 to spend any way he liked. He could buy a souvenir at the circus, which would cost a lot of money, or we could stop at the Five Below store. He chose Five Below.

For a kid who can’t make up his mind, spending $10 takes an eternity. We barely made it out in time to reach the circus. We had just started munching our candy when he spat out the first piece, declaring that Grammy and his dad were right. But because he took so long in the store, we had no time to eat, and he was “starving.”

Poppy broke down and asked what he wanted to eat. For an hour, Titus worked to consume the Mount Everest of cotton candy. I now sat next to a child who had just eaten a year’s worth of refined sugar and was still hungry.

After the circus, I was to drop him off at an ice-skating rink where we thought his brother was having a birthday party, and he could eat and skate. When we got there, there was no birthday party, no food and no ice skating; it was just his dad’s curling team practice. Titus was now near meltdown, so I told him I would take him across the street to Sam’s for a hotdog.

We went in, and I ordered a slice of pizza for myself and a hotdog for Titus. But when our order came up, I learned they were out of hotdogs. So, there we sat at a white plastic table, me eating a big slice of meat lovers’ pizza (which he does not like), and Titus crying because he has no food.

“Just sit there a minute, and Poppy will find you something to eat,” I told him. I started off to look for something inside the store, keeping an eye on him as I went.

I hadn’t been gone more than 10 seconds when in walked Titus’ dad, only to find his son sitting alone in Sam’s with no food, crying. His dad took him home and gave him some chicken nuggets.

He also sent Grammy and me a picture. Not only was Titus suffering from growing pains, hyped up on refined sugar without having eaten any protein, and left alone in a store, but he had also gotten sunburned on his arms and shoulders while he was with us. I guess I can forget about winning the grandad of the year award. Sometimes, the GOAT is really just the goat.

I am thankful that Titus, like my heavenly Father, loves me anyway. “Above all, love each other deeply, because love covers a multitude of sins” (1 Pet. 4:8).