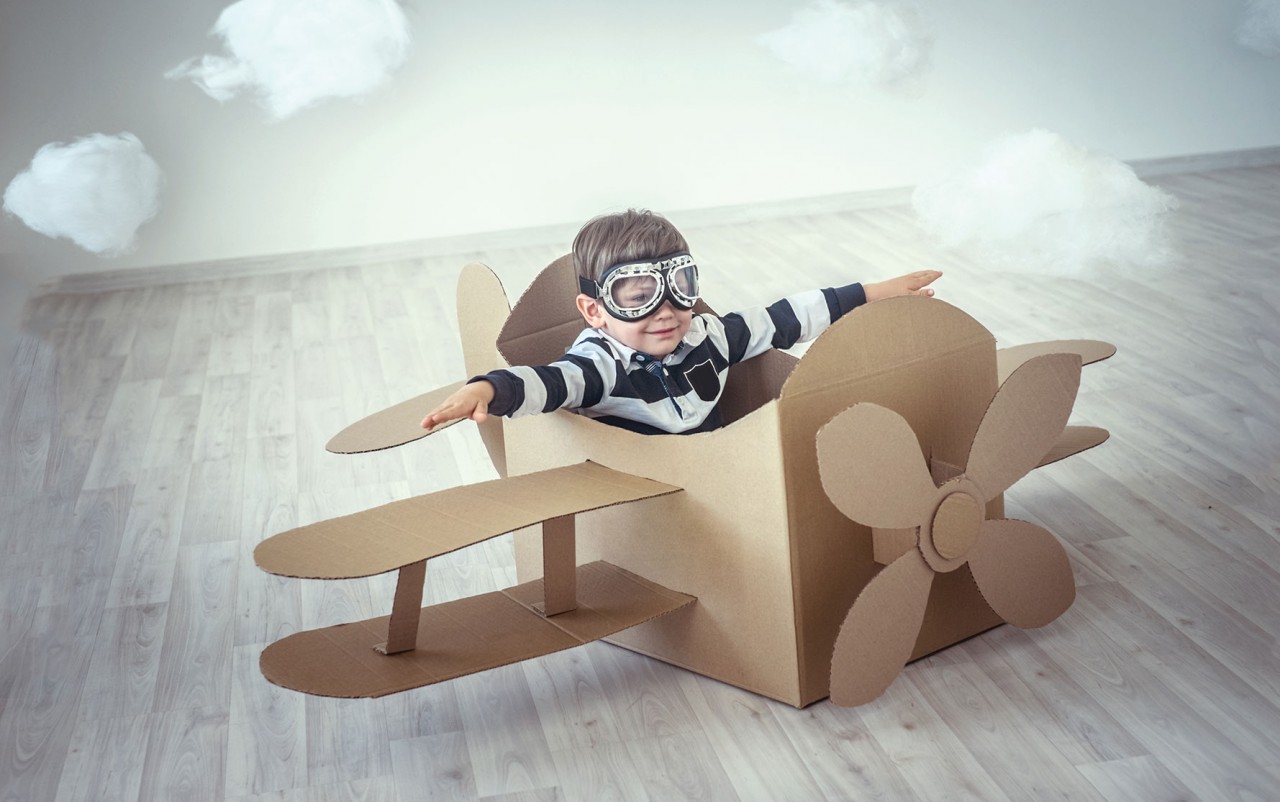 My fondest memories of childhood come from the things I made myself. Our family didn’t have much, but we were resourceful. A stick became a bat, a playing card became a bicycle engine and a box became a fort. If we could dream it, we could build it.

One of the things I remember most about growing up was my fascination with stilts. I would cut out two triangles of wood, nail each of them to a wooden two-by-four, and I had a great pair of stilts. I would walk around the yard, up and down hills, and I could even run with them.

I remember once when my mom panicked as I came climbing up the basement stairs on stilts. Oh, the lecture she gave me about how dangerous stilts were, especially on stairs. What I never told her was that I had walked down into the basement on the stilts, too.

I even made an extra set of stilts for my friends to use when they came over. And of course, you know when two boys get together on stilts, it leads to the medieval game of “stilt jousting.”  I can’t even begin to tell you how many hours of fun I had on stilts, and didn’t cost me anything but a little time and effort.

Recently, I went over to the home of Titus the Honorable and Cohen the Goodhearted. Titus asked me to come into his room to play. His room was full of toys, but he had taken a good-sized box and placed it on an angle from his bed to the floor. With the bottom opened, it became a slide. Climbing up on his bed, he would dive head-first into the box and come sliding out the other end. Giggling, he would jump up, run around, climb back up onto his bed and come sliding down again.

His 11-month old brother wanted to join the fun, so he was trying to climb up the slide to get on the bed. The only problem: Titus was coming down, which resulted in both boys tumbling out of the box, laughing. Since Cohen wanted to slide, Titus asked if he could hold his baby brother while they slid down together. Titus put Cohen in a death grip, and off they went, laughing.

I think it’s a unique human characteristic that when we find something we enjoy, we want others to enjoy it with us, whether it’s a set of homemade stilts or a cardboard box slide. We want others to come and experience what we have experienced.

I was speaking at a mission conference when I received a video message from Titus the Honorable. As soon as I could, I hit the play button, and the little boy on the other end said, “Poppy, can you take me to the Great Wall of China?” He had seen a children’s television show about it, and his dad told him that Poppy and Grammy had worked in China and visited the Great Wall. The next thing out of little Titus’ mouth was “Would they take me there?”

When I got a chance, I Face-timed Titus, and again, he asked me if I would take him to the Great Wall. I said, “Do you know how big the Great Wall of China is?” He held his thumb and index finger about an inch apart, and in his mousey little voice, said, “About this high, but it is realllly looong.”

I guess on the TV screen it does look only an inch high. But he wanted to go where Poppy went and experience what I have experienced.

Out of all the things we experienced, shouldn’t the greatest day of our life be the day we gave our heart to Christ and began the exciting journey of following Him? I have never forgotten that day; in fact, everything else in my life has come out of that moment. My eternal destination was changed, my thoughts and desires were transformed and the Holy Spirit, the great teacher, took up residence in my life. It was an incredible day.

I have spent the rest of my life sharing what Christ has done for me, and thousands of people have heard my story and wanted what I have, so I have led them into the same relationship with Jesus. When you have a radical encounter with the Creator Himself, you want to share it with others.

Stilts, cardboard boxes and Jesus: I have asked others to join me in all of these experiences, but the greatest is Jesus: “And there is salvation in no one else, for there is no other name under heaven given among men by which we must be saved” (Acts 4:12).