Rite of passage: Some assembly required 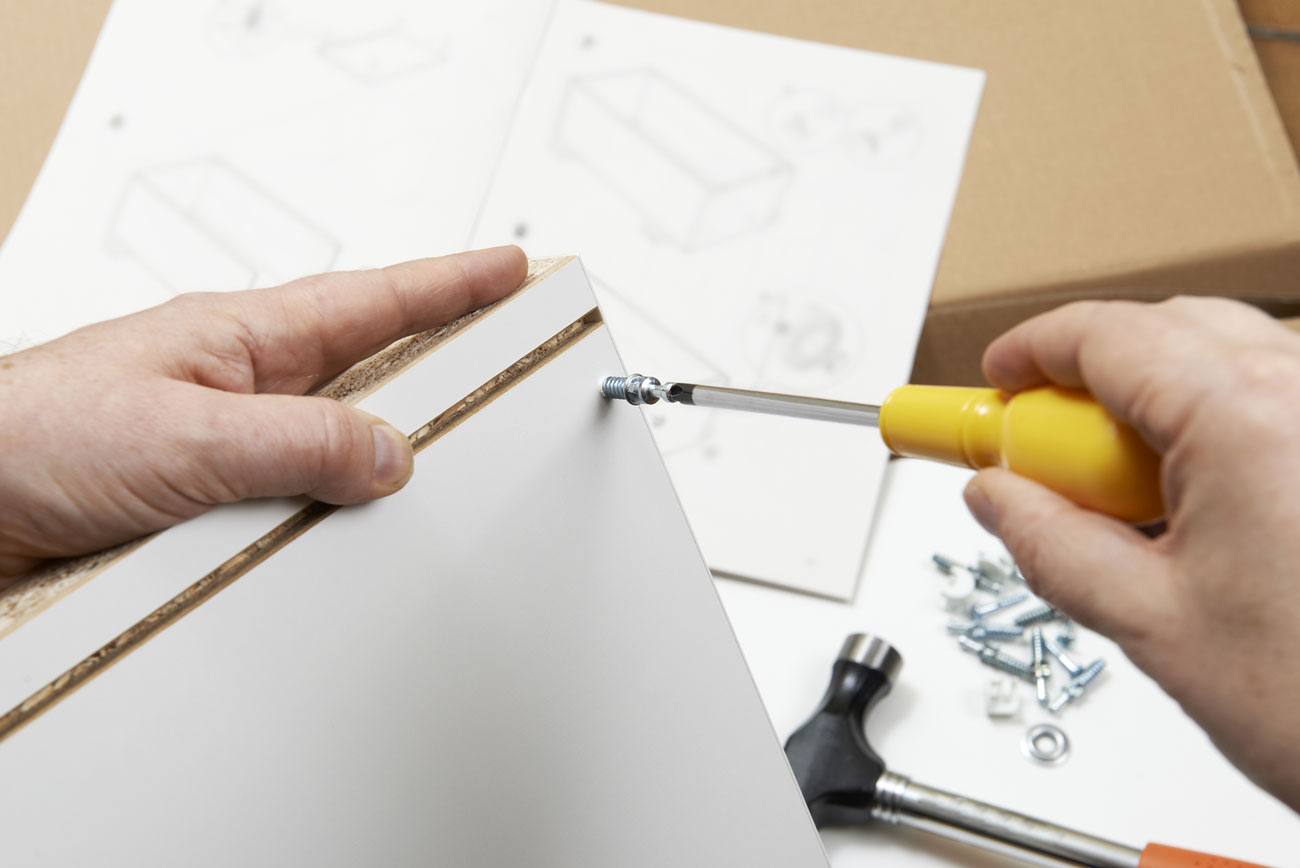 I am not afraid of the words “assembly” or “required,” but “some” makes me nervous. That word is best summed up by former Marine Gomer Pyle: “Surprise, surprise, surprise!”

You see, the word “some” can cover many scenarios. It could mean just inserting one piece into another and it’s done, or it could be a thousand pieces that require hours of figuring out which thingamajig goes where. I wish these manufacturing companies had better labeling. For example, when they put “some assembly required” on a box, they could easily add, “If you can put your pants on by yourself, you will have no problem assembling this toy.” For a more challenging item, they could add, “Some Assembly Required. WARNING: May cause brain damage.” Either of those would help me to know what type of skill set was needed to assemble said gift.

I think my fear began when my wife started shopping at a store called IKEA. I didn’t even know what an IKEA was until she brought home a box labeled “chair.” It didn’t look like it could hold a chair; it looked more like a pizza box. But inside was every part needed to build your own chair. I spent the next hour inserting and bolting until we had something that resembled a chair.

IKEA sells what they call “flat pack furniture,” and you have to figure how to put it together. They will even sell you a house that comes in a flat box. I think IKEA is Swedish for “Here; you put it together.” If you’ve ever visited one of these stores, you know they are massive. As far as I’m concerned, the only good thing about them is that halfway through, they have a restaurant. That way, you can refuel to make the journey out. Nowadays, every time my wife comes home with a box from IKEA labeled “Some Assembly Required,” I start sweating.

But even before IKEA entered the picture, one of the highlights of fatherhood happened on the night before Christmas every year, when my sons had gone to bed and the house was quiet. I would pull out the toys we had stashed away in a secret place and begin the process of assembling their gifts. I knew I had to get it done, or two little boys would be extremely disappointed. What child wants to spend Christmas morning watching their dad put their presents together? I always worked through the night so their gifts would be ready. And I didn’t mind the work because I knew of the joy that would come in the morning.

I don’t know if your children were like mine, but on Christmas morning, they were always up and scurrying around before the crack of dawn. And I was awakened by little squeals as they discovered the gifts their father had prepared for them.

Those days have come and gone, but with the arrival of Titus the Honorable and Cohen the Goodhearted, I have once again become the official “Some Assembly Required” person.

Did you know our heavenly Father has also prepared a gift for us? One night, the angels appeared to the shepherds, who were watching the flocks, with the greatest news. “But the angel said to them, ‘Do not be afraid. I bring you good news that will cause great joy for all the people. Today in the town of David a Savior has been born to you; he is the Messiah, the Lord. This will be a sign to you: You will find a baby wrapped in cloths and lying in a manger.’ Suddenly a great company of the heavenly host appeared with the angel, praising God and saying, ‘Glory to God in the highest heaven, and on earth peace to those on whom his favor rests’” (Luke 2:12-14).

And the shepherds left their flocks and made their way to Bethlehem. There, they got to see the greatest gift ever given: The Savior, born in a stable.

Yes, God has sent you a gift, and there is no assembly required. Jesus is a gift for everyone, no matter where you are or what you have done. Just let Him come into your life and make a difference; you will never regret it.

Late that first Christmas Eve, as the Father spent time and care preparing His gift, He knew that joy would come in the morning. Merry Christmas!