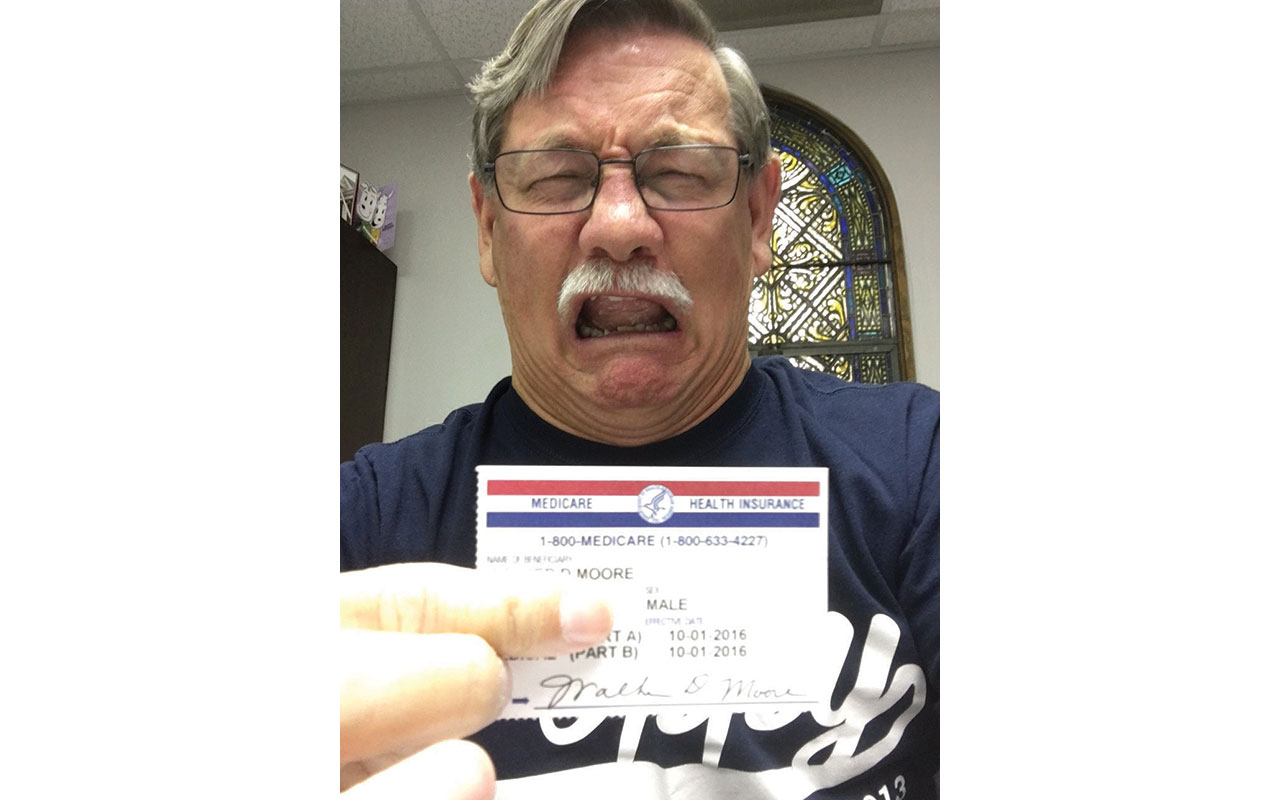 I reached a mile marker this week, and it has hit me fairly hard. I tried to convince the government I wasn’t old enough, but last week, they made me apply for Medicare.

First of all, I’m not sure who this Medi is and whether or not she really does care. Second, everyone in the world seems to know I’m in this season of life. I’ve received a boatload of mail, all saying, “Congratulations, old man! You are turning 65 soon, and you know what that means …”

Yes, my body is still the temple of God, but my steeples are beginning to droop. To be honest, I’m concerned that my days of having a significant role in life are coming to a close. I’ve seen far too many people my age and older who have given up on life and spend their days just puttering around.

Maybe we all go through this process, but this side of Heaven, I want to do more than mark time. I like what Chuck Norris’s mom, Wilma (95 years old) does: she calls missionaries and prays for them. I’ve been on the receiving end of a number of those prayers, and I am grateful for her ministry. She told me she makes so many calls that Chuck got her another phone because he could never get through to her.

I think I have a couple of options going forward. I have worked in many countries where senior adults are respected and revered. When I served in China, the young people would fight over who got to sit by the oldest person in the room. The Chinese consider it an honor to be near someone with a lifetime of wisdom, and they treat the elderly with respect and dignity. The only problem? I don’t speak their language.

I have also worked in cultures that make sure elderly people have a way to feel like a productive part of the family. I witnessed this the first time I served among the Wounaan tribe in Panama. The oldest lady in the tribe was bedridden. Each morning, the villagers picked her up and put her on a mat. Then they carried her across the compound to the area where they cooked the evening meal. They placed her next to the fire and gave her a palm leaf. She laid there all day, fanning the fire to keep the coals burning. The men went hunting, the women washed clothes and the children went to school, but she kept the fire going until they all came back to cook dinner. After they ate, they carried her back to her hut for the night. But she was a part of the tribe and had a significant task.

I have also served in the Guna people group, another jungle tribe that gives its elderly a position of significance. My first time there, they prepared a welcome meal. We had the usual staples: mashed yucca, tilapia, plantains, rice and a special treat, creamed corn. I love creamed corn and couldn’t believe they had something like this in the jungle. When I told them how much I loved this dish, they piled it on.

At the end of the meal, I thanked them for the delicious food, especially the creamed corn. They told me that two elderly ladies who had no teeth were responsible for creaming the corn. When they noticed the puzzled look on my face, they explained the process. The younger ladies cooked the corn and took it to the older women. After giving the corn a good chewing, these two spit it back into the bowl as “creamed” corn. I felt a little queasy after that, and have never eaten another bowl of creamed corn in the jungle again.

But everyone needs some kind of significance. My concern about losing significance is what I think many us at this stage of life face. After all, we live in a culture that doesn’t value the older generation. But I thank God that my significance comes from Him. He has called me to be salt and light in this world. And that doesn’t stop when you sign up for Medicare. Look at Moses; he started his ministry when he was 80 years old!

So as long as I have two teeth in my head and can engage with those around me, I pray I can be a blessing to someone each day. And when those two teeth are gone, I will just move into the village with the Guna and help them cream their corn.