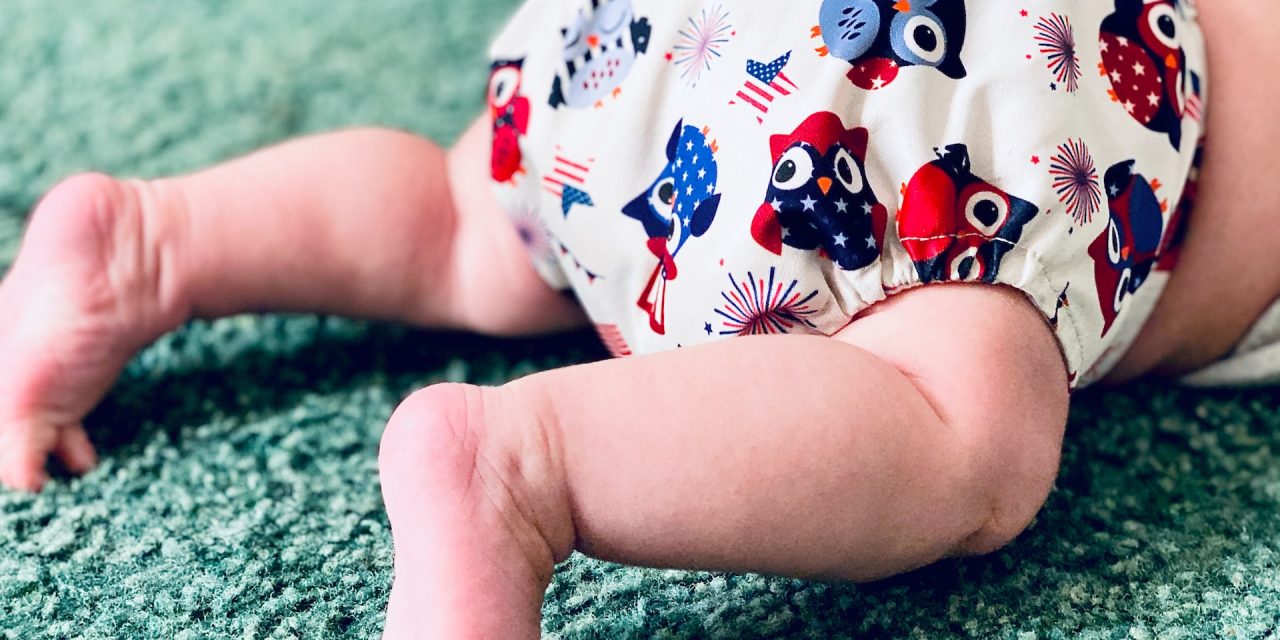 I was reading an older article that I had written almost eight years ago. It warmed my heart and reminded me of God’s love. So I thought I would share with you one more time.

My grandson, Titus, is nearing the 11-month mark and has just exited the “Lie There and Drool” stage. That was cute for a while, but it got old fast. He is now entering the “Little Entertainer” phase in which his main goal is to make us laugh. It has been exciting to see sprigs of his personality burst forth as he becomes his own individual. And I already see that he has inherited some of his grandad’s keen sense of humor.

The other day, he and I were watching a video called “Baby Einstein, Baby McDonald” that all intellectual babies and grandfathers watch together.  Every time the puppet in the video picked an apple from a tree, another apple fell and hit it on the head.  And every time, Titus and I laughed simultaneously. This young man is going to turn out all right.

Recently, he has begun to recognize me. He holds up his little arms outstretched when he wants me to pick him up and lays his head on my shoulder when he gets sleepy.

I am enjoying this phase of grandparenting very much. In fact, if I had known it would be this much fun, I would have skipped having children and gone straight to grandchildren. At this point, there is only one problem:  Titus doesn’t crawl. I’m not an expert at when and how a baby should crawl, but by this age, both our two sons were crawling on all fours. I have heard stories about kids who skip the crawling stage and go straight to walking. Maybe that’s what he will do.

But Titus’ lack of crawling doesn’t deter him from getting around. He has come up with his own ingenuous method of mobilization. When he sits on the floor, he will extend one leg and plant his foot firmly, then pull himself toward that foot. He then extends the same leg again and repeats the process until he gets where he wants to go. I guess if you invent the stretch/plant/scoot method of mobilizing yourself, you don’t need to crawl.  Now if only I could figure out a way to attach one of those Swiffer® dusters to his diaper, we could have a winning combination.

Not long ago, my wife and I were babysitting while his parents were out. We had been lying on the floor playing with Titus when I realized I needed something to drink. Playing with a baby is hard work if you do it right. I had walked from the living room into the kitchen when I looked behind me. Guess who was stretch/plant/scooting as fast he could to keep up with Poppy? Yep, Titus didn’t want to miss a single moment with his granddad.

As I looked down, I smiled at his efforts to keep up with me and was greeted with an even bigger smile. It has been a long time since I had a little life who desired to follow me as much as Titus does.  When I look back at his pudgy little body scooting along the floor, the walls of my heart aren’t high enough to contain my feelings for him.

I wonder if our Heavenly Father finds the same pleasure in our following Him? Does He look at us and wonder why are we’re still crawling when we should be walking or why we’re still drinking milk when we should be eating more grown-up foods? Or, even though we haven’t learned to crawl, does He find great joy when He sees our poor, made-up, ill-contrived ways of doing our best to follow Him?

Sometimes we think the Christian life is about being perfect. We strive to pray the right way, we need to learn the five methods of understanding the Scriptures, or we must attend a school of evangelism to be a better witness. Does God take more joy in how well we do things or in our deep desire to keep up with Him? Is it our perfection or our passion that moves His heart?

In John 11:32, we read about a young girl named Mary who said the wrong thing but moved Jesus to tears because He knew her heart.  When His ministry began, He heard the words, “This is my Son, whom I love; with him I am well pleased” (Matt. 3:17). Was the Father pleased because Jesus did all the right things or because He did them out of His love and desire for the Father?

According to the world, Titus isn’t doing the right things. He doesn’t plant/pull/scoot because he wants to be right. He does it because he loves and desires to be with his grandfather. To me, that’s much more important than being a good crawler … every time.

Photo by Laura Ohlman on Unsplash