Rite of Passage: Running to the Father 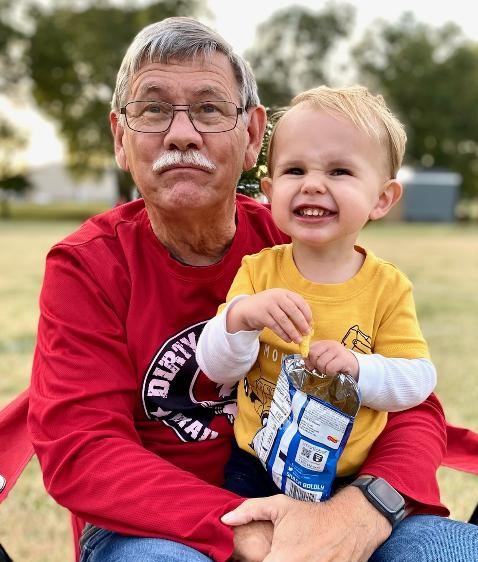 Our oldest yada hoodie, Titus the Honorable, is on a second-grade soccer team. I think it’s on page 327 of the “Grandparenting Manual” that grandparents are required to attend “any sport, any school function, any church activity, or social gathering, where said grandchild participates.”

I didn’t know this, but recently our grandsons informed us that the same manual also instructs us to take them out for ice cream or a treat of their choice after said activities. This is from a child who can barely read. I am not a big soccer fan, but I am huge fan of grandsons playing soccer. Not only do my wife and I attend the games, we also attend the practices.

We were the first to arrive at soccer practice. As we strategically placed our chairs, the rest of our family arrived.  Two-year-old River the Peacemaker was walking beside his dad. They were far enough away that I couldn’t seem them clearly, but I recognized them by their silhouettes.

As they got closer, little River looked up and saw me. He left his dad’s side and started running toward me as fast as his little legs could carry him. If his legs were any shorter, they wouldn’t reach the ground. His eyes laser focused on me; his smile was from ear to ear. I have seen the movies, where scenes like this are played in slow-motion; but when a two-year-old is running toward you, slow-motion is about as fast as they can go.

I yelled his name “River!” and his smile got bigger.

“Poppy!” he yelled. When he got within jumping distance, River jumped as high as he could, knowing that I would catch him. I pulled him up into a hug, and he put his little head on my shoulder, wrapping his arms around my neck and hugging me as though it might be our last. He pulled his head back and looked me straight into my eyes and said in a soft voice. “Poppy.”

At that moment, I am at peace with the world. Every worry vanished; every problem invisible. No one else is more important than that little boy in my arms. And the joy that explodes within me ripples across my heart. Grammy gives River a snack. Then we just watch the world go by.

I looked through the dictionary for words that would accurately portray the relationship between that young boy and myself. I flipped from page-to-page, searching, but I found none. I came up empty.

I can’t help but think that there is a similar correlation between me and my Heavenly Father. It seems on many days He is so far away. But if I stop what I am doing and look up, I will find His presence. I hear Him yell my name, which is a personal invitation to run to Him as fast as I can.

As I get near, I leap by faith into His arms, and He pulls me tight toward Him. I hug Him as hard as humanly possible, and He hugs me as hard as heavenly possible. I pull back and look deep into his eyes and I whisper “Father,” and he whisper back, “Walker, my son.” In that moment, I have stepped from this earthly plain into the heavenlies. And I am safe.

We’ve seen videos of a long-deployed military father surprising his child at school. Father and child run toward each other, and neither is bothered by anything else. They have no concerns of what the teacher or their friends thought. They wept openly as tears of joy streamed down their faces. The children were overwhelmed by the presence of their father. If you aren’t moved by those scenes, maybe you don’t know the Father.

My good friend David Guion told me the other day, “Worship is not generated from a platform but from the heart.” It is that heart moment, when we see His face, hear His voice and spontaneously explode to be near Him.

Sometimes this happens to me as I look out the window and see a sunset. At that moment, I sit in silence, and I am transported. Other times my whole body is standing, arms raised, and I’m lifting my voice as loud as I can. Either way, it is worship.

Yes, the word is worship.