Rite of passage: Rescue the perishing 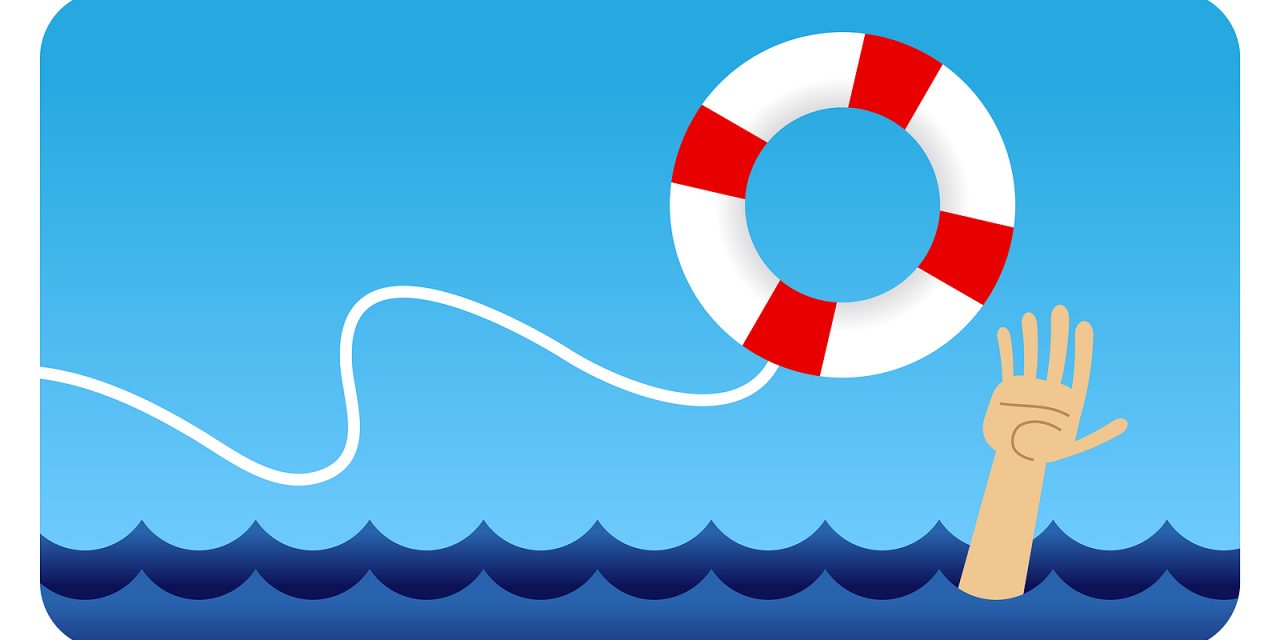 When my youngest son Caleb was a teenager, he decided he wanted to be a lifeguard. I think his decision was prompted more by the number of girls who hung out at our local swimming pool than God’s call on his life, but he took the training and learned CPR, first aid and the signs of someone in trouble.

His training came in handy. While on duty, he saw a child doing what they refer to as “bobbing.” This occurs when a person gets so tired they can’t swim anymore and gasp for a breath of air. They sink and then bob back up, gasping for another breath. Caleb dove in and rescued the child.

In the missions organization I used to lead, we required all our leaders to be trained in first aid, CPR and the use of a defibrillator. We prayed we would never have to use any of these, but if we did, we had the knowledge and skills to do so. I have only had to use first aid but have never performed CPR or used a defibrillator.

One day, Caleb was filling up at a gas station when a man approached. Suddenly, the man fell to the ground and began seizing. My son had a plastic device that goes over a person’s mouth while CPR is performed; he grabbed it from his glove box while someone called 911. Caleb did CPR until the ambulance arrived, and the paramedics took over. He then went back to filling up his car, and the paramedic walked over and told him he had saved the man’s life.

Recently, Caleb had a back-to-school youth event at Fort Gibson Lake, where our good friends Mike and Janet Baxter have a home. They also have a “Kingdom mindset.” They understand that everything belongs to God, and they ask Him to use it all for His glory.

The Baxters offered Caleb and his group the use of their boat and dock. As Caleb led the youth down toward the water, he heard a faint “help.” Looking around, he couldn’t see anyone. Again, he heard, “help.”

Walking toward the sound, he looked down and saw an elderly man trapped between the dock and the boat. Caleb dragged him to the ladder and pulled him to safety. The man had been pinned for two hours, and with waterlogged clothes, he was too weak to pull himself up. If Caleb hadn’t come along, he might not have lasted much longer.

At this point, we could discuss how wherever Caleb goes, he encounters trouble, so you might not want to spend time with him. We could also discuss how God, in His sovereignty, has equipped Caleb to handle these emergencies when they arise. We’ll take this latter route.

When I was growing up, I loved hymns—and I still do. One of my favorites was “Rescue the Perishing” by Fanny J. Crosby. At 6 weeks old, Crosby had an eye infection.  A man posing as a doctor treated her, leaving her permanently blind. In 1896, she was inspired to write “Rescue the Perishing” after visiting the New York City Bowery Mission. There, she pleaded with lost people to come and talk to her, especially those who had left the teaching of their mothers.

A young man came to her, broken over his life. Crosby witnessed to him, and he accepted God’s redeeming grace. Afterward, she went home and penned the words to “Rescue the Perishing“:

“Rescue the perishing/ Care for the dying
“Snatch them in pity from sin and the grave;
“Weep o’er the erring one/ Lift up the fallen,
“Tell them of Jesus the mighty to save.”

And then the refrain:

“Rescue the perishing/ Care for the dying,
“Jesus is merciful/ Jesus will save.”

God has called all of his children to become disciples. The word “disciple” simply means “learner.” God wants us to learn truths we can use to rescue others, as 2 Tim. 3:17 describes: “so that the servant of God may be thoroughly equipped for every good work.”

That day on the dock, another man was present. When tattooing was still illegal in Oklahoma, he was one of the top underground tattoo artists. For 14 years, Caleb pursued Him with the Good News of Jesus. He was cussed out, yelled at and thrown out of the man’s tattoo shop.

One day, the tattoo artist found himself sitting in a parking lot, gun in hand, ready to end his life. His wife called my son and asked him to find her husband. Caleb found him and took him to a rehab center, where he had a radical encounter with God.