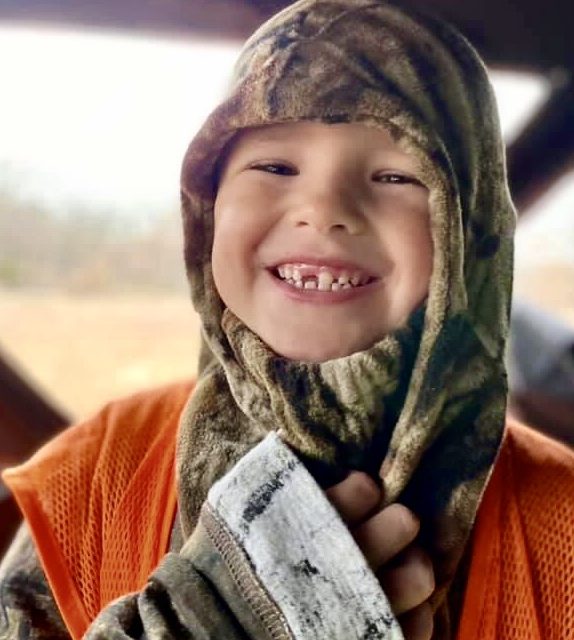 I have spent my life with students, hanging out with 13- to 18-year-olds for more than 47 years. I have dealt with and counseled with students on everything from “My parents are Neanderthals” to “I am going to be the president of the United States.” So far, in all these years, neither has turned out to be true.

For the last seven years, I have spent most of my time with children, especially my three grandsons and their friends. I have heard more intelligent conversations from a 4-year-old’s birthday party than I’ve ever heard at a junior high lock-in.

Recently, 7-year-old Titus the Honorable went deer hunting with his dad. Titus was excited about spending the day with his father. They got up long before first light, pulling on their camo pants, shirts and jackets. They loaded up the truck and headed out, arriving as the sun was coming up. Sitting in the blind, they waited and waited, only to see several wild cows walk by. As the morning was coming to an end, they realized they weren’t going to spot a deer and decided to go into town and get something to eat.

They came back to the blind and waited until evening to see if any deer were on the move. As they sat there, Titus asked his dad a simple question.

Titus: “How do coyotes dance?”

Titus: “How do coyotes dance?”

Dad: “Why do you think coyotes dance?”

Titus: “They howl, don’t they?” He then proceeded to imitate a coyote howling.

Titus: “Their howling is their singing.”

Dad: “I think I see where you are going with this.”

Titus: “If they are singing like that, I think they would also be dancing.”

Dad: “How do you think coyotes would dance while they are howling?”

Titus contemplated for a few seconds

Titus: “I think they would dance like this.” He stood up, howling and moving his arms and feet in his interpretation of a coyote’s dance. His dad got so tickled he couldn’t stop laughing. “Well, enough sitting in the woods waiting for some more cows to come by. It’s time to go home,” Caleb said.

What in this world would make a 7-year-old sitting in a deer blind start thinking about how a coyote would dance? I think one of the greatest gifts God has given us is the gift of imagination, which I believe is one of the core aspects of God in us. How could He ever dream up something like a cloud, a butterfly or even the wind? When God’s imagination is spoken, it becomes reality: “And God said, ‘Let there be light,’ and there was light” (Gen. 1:3).

I wonder if the star the wise men followed from the East waltzed across the heavenlies, guiding them to the newborn Savior in the manger. I wonder if the host of angels who were praising God before the shepherds were free to express their admiration to the King of kings with their entire being. “ Suddenly a great company of the heavenly host appeared with the angel, praising God and saying, ‘Glory to God in the highest heaven, and on earth peace to those on whom his favor rests’” (Luke 2:13).

I served on staff at Tulsa, First for many years. Our church did a living Christmas tree program as a gift to the city.  The tree was a magnificent steel structure covered with evergreen garland and lit with thousands of lights that would change throughout the program. The singers were placed across the tree up to the ceiling. Below the tree were actors and dancers. Ballerinas ever so elegantly danced on the stage, gracefully using streamers as the orchestra played and the choir sang.

After the program one year, a couple of women were bothered that we had included ballerinas in the Christmas program. They walked up to our pastor, Warren Hultgren, an ever-so-wise man. Leaning into him, their whispers carried across the room: “Pastor, did you see that? Girls dancing in the church!”

Our pastor leaned back to them. “Yes, yes, I saw that… they just recently got saved.”

“Ohhh” the two replied, nodding their heads and walking away. Now, they understood.

According to Psalm 148, all of God’s creation praises Him. The stars, the sun, the moon, the oceans and all creatures great and small—even dancing coyotes praise Him.

My friend, if there is any time to dance, it is now. We are celebrating the season when we celebrate the good news “For unto you is born this day in the city of David a Saviour, which is Christ the Lord” (Luke 2:11, KJV).