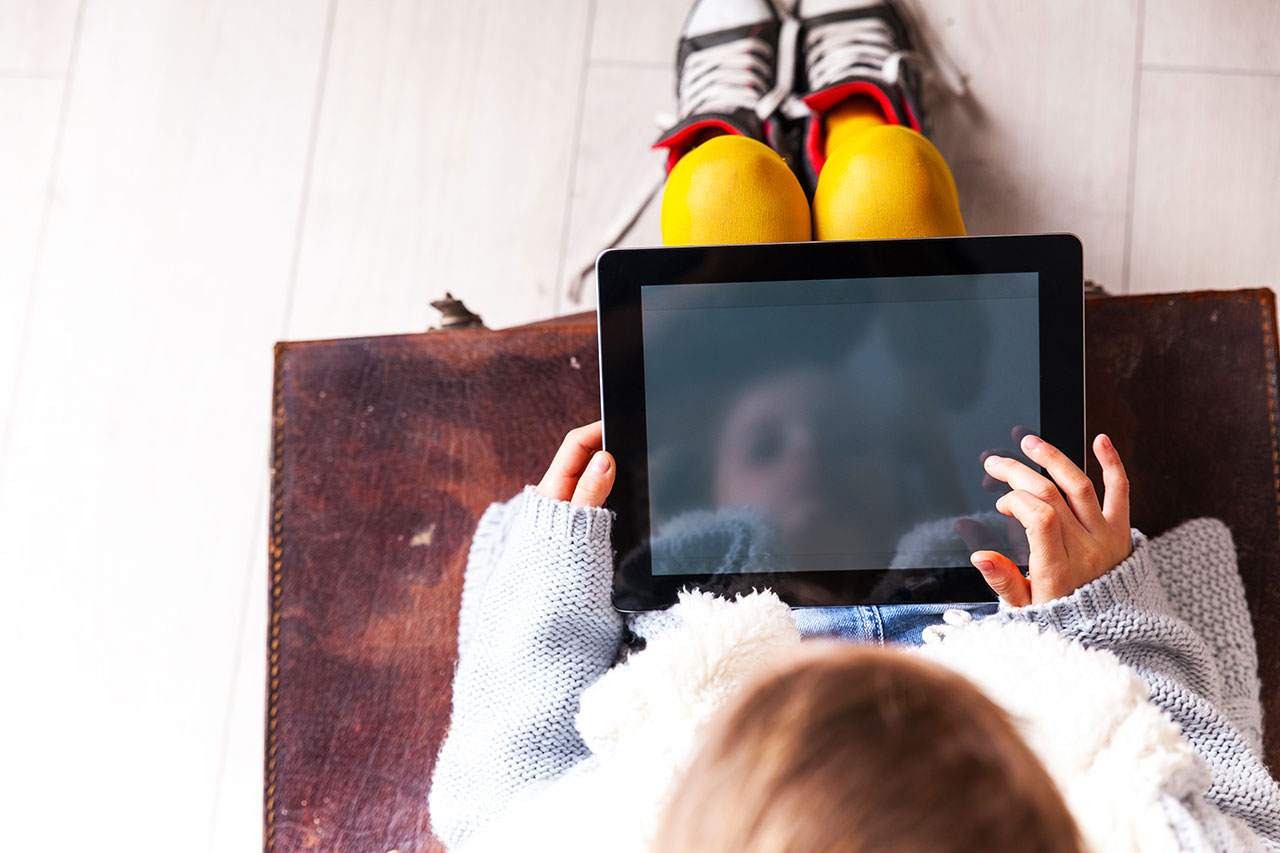 Not long ago, I was sitting in the Dallas airport near a young woman and her son. He couldn’t have been more than 5 years old. He was getting a little fidgety as we waited to board the plane. To calm him down, his mother reached into her purse, pulled out her cell phone and handed it to the child, who opened it and began to play a game. About 15 minutes later, the mom looked over and asked him, “Where did you get that game?”

“I downloaded it,” he answered.”

“How did you know my password for the Internet?” his mom asked.

Without looking up, he calmly replied, “You didn’t raise no dummy.”

I wanted to high-five the boy and had a hard time not laughing out loud.

We had a similar incident in our own family. My grandson (not quite 2 at the time) got up one morning, went into the living room, found his father’s iPad and turned it on. He then proceeded to swipe through the apps until he found the one with a little educational game he had played before.

I asked his dad, “When did Titus learn to turn on the iPad and navigate around on it?”

“I don’t know,” he said, shrugging his shoulders. I guess our family isn’t raising no dummies either.

I am not part of the technology generation. I try to keep up, but as soon as I learn one thing, they change it to something else. I spent a good chunk of time learning the computer operating system DOS. As soon as I got that somewhat figured out, they came out with Microsoft Windows. I’ve gone from Windows 1 to Windows 8 to Windows 8.1, and now we have Windows 10.

I must have fallen asleep early one night, because I entirely missed out on Windows 9. I upgraded my laptop to Windows 10, but it wouldn’t work very well. I took the computer to the Microsoft store at our local mall, and a group of their young employees gathered around to look at it.

“We’ve seen this a lot,” one of them said, “but we haven’t figured out how to fix it.” The longer I spoke with them, the more I realized why Microsoft doesn’t have a Genius Bar. I think I’ll take the laptop to my 2-year-old grandson. He’ll figure it out in about 10 minutes.

I heard a story about a grandfather who was telling his grandson what it was like when he was growing up. He shared that his family didn’t have cars, but horses and buggies instead. When he was his grandson’s age, he rode his horse to school, the neighbor’s house and the grocery store. During the summer, he would swim or fish with his friends in a pond. During the winter, that same pond would turn into an ice-skating rink.

The young boy’s eyes grew wider and wider as the grandfather continued the tales of his childhood. After the stories ended, the young boy sat silently, deep in thought.

“What are you thinking?” his grandfather prompted. The young boy looked up and said, “Granddad, I wish I’d known you a lot sooner.”

One of the regrets I have as an adult is that I didn’t spend enough time asking my grandfather about his childhood. His father had immigrated to the U.S. from Ireland by himself at age 15, and the family later moved from Pennsylvania to Missouri. My grandfather was a believer and a Baptist, but I don’t know how he came to those two decisions. I have a rich heritage of faith, but I’m not sure how our family got there.

Have you ever had that happen? You were driving someplace new, got lost, then turned a corner and found yourself where you wanted to go, but you weren’t sure how you got there.

Teaching your children about their spiritual heritage and direction is important to Kingdom life. Prov. 1: 8-9 tell us, “Hear, my son, your father’s instruction, and forsake not your mother’s teaching, for they are a graceful garland for your head and pendants for your neck.” The stories of God’s love and mercies as passed down from our grandparents and parents enhance a young person’s life.

So you young, tech-savvy generation, while you’re fixing our iPads, cell phones and computers, don’t forget to ask us about our lives as children, especially how we came to faith in Christ. You may end up saying, “I wish I’d known you a lot sooner.”

Because your parents didn’t raise no dummy, either.