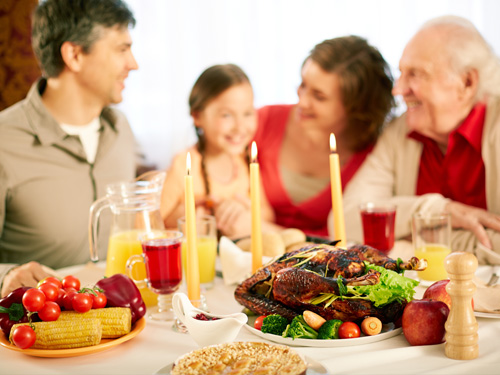 This year, I have so much to be thankful for. We have a tradition at our house where everyone at the table shares something they’re thankful for that particular year. When my sons were younger, they hated this tradition, but I hope it will be something they do with their families after I’m long gone.

On my journey up Mount Kilimanjaro, I had two guides who became very important to me. As the days went on, we shared our lives, our stories and our struggles. By the end of the journey, we were brothers, our hearts knit together not by the cross, but because of it.

Rayson Rodgers Maweneya is a Tanzanian who is the Minister of Youth and Prayer at his church. He was the guide who came to me one morning to ask if the Tanzanians could help carry the cross. When I asked him to sign it, he wrote out Scriptures in both Swahili and English. I came to respect and love this brother.

After I finished the climb and was sitting at the foot of the mountain, he asked if I would write out a set of Scriptures that he could read to his church the next Sunday. While everyone was celebrating the end or our climb, I was sitting in the corner with my Bible, writing out a responsive reading for my friend. He shared with one of our team members about the lack of God’s Word in his church. Even if people can get jobs in Tanzania, they don’t get paid much. Those who have college degrees make only $16 a day, but the average Tanzanian works hard to eke out only a few dollars. In their country, a Bible costs $6.70. So in other words, it would take most Tanzanians two days’ wages to buy a Bible.

Someone asked Rayson how many Bibles his church needed, and he said they could use 300. Of course, my mind did the math: 300 x 6.70=$2,010. This poor missionary doesn’t have that kind of money, but I thought I could help raise enough to buy at least 100 Bibles.

I knew some of my Facebook friends would like to help buy a Bible or two, so I posted that I was trying to raise enough money for 100 Tanzanian Bibles. Anyone who felt led to help could go to our ministry website and buy one.

The first person to respond was a poor college student who purchased one Bible. Well, it was a start, and I only had 99 more to go. Then, someone else bought five more, and before I knew it, I was getting emails from churches, Sunday School classes and families asking how close we were to our goal.

The response overwhelmed me. In a downward economy, people were giving not out of their abundance, but sacrificially. Person after person gave of their hard-earned income to buy Bibles for those who couldn’t afford one.

I heard someone say that “Faith is acting so, even though it isn’t so, that it can be so.”  I confessed on Facebook that my request wasn’t what Rayson had asked for and that his church really needed 300 Bibles. Those who had given once gave again. A group of high school and college students at a missions conference gave more than $900. We had enough money to buy more than 300 Bibles!

This Thanksgiving, I am grateful for so many things, but I’m especially grateful for all of you who gave to buy Tanzanian Bibles. I’m grateful to the members of the Body of Christ and their responsiveness to the Holy Spirit. And I know there are many Tanzanians who are grateful they now have a copy of the Word of God to study.

This Thanksgiving, I’ll be smiling as I say, “Thank you, Father. And thank you, Body of Christ!”