Conventional Thinking: Name them one by one 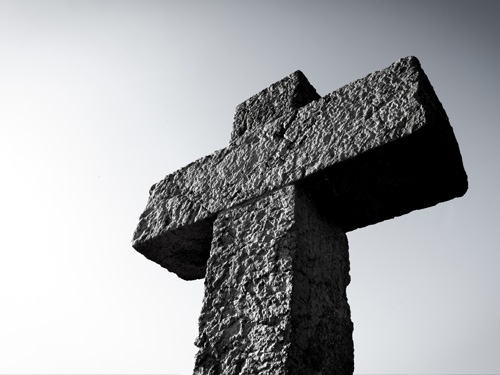 “You don’t know just how good you have it here in Oklahoma (as a Convention),” said Al Mohler, president of Southern Seminary, during the 2013 Pastors’ Conference. The denominational leader referred to the unity and cherished ministries in our state convention.

The 107th Annual Meeting of the Baptist General Convention of Oklahoma once again showed we are a united people richly blessed by God. It is especially fitting that, as Thanksgiving nears, we take time to count those blessings we heard about at the Annual Meeting. In no particular order, here they are:

For some, the words “Falls Creek” bring to mind the scenic campground near Davis, which is being expanded and improved as its 100th anniversary nears in 2017. For others, the words bring to mind summer weeks, which have seen so many thousands of decisions for Christ. In 2013 alone, there were 2,149 recorded professions of faith in Chris, and this is the best blessing of all.

During the Pastors’ Conference and Annual Meeting, Oklahoma Baptist churches were represented well by lay leaders and pastors. In the pulpit, powerful preaching was heard from some of Oklahoma’s finest pastors, including Nick Garland (Broken Arrow, First), Larry Nigh (Ponca City, Northeast), Bill Hulse (OKC, Putnam City) and Andy Taylor (Ponca City, First). Oklahoma’s church leaders are second to none.

Brief program reports during the meeting can only tell a slice of what God is doing through the outstanding BGCO affiliates. Entire magazines could be filled talking about what is going on at Oklahoma Baptist University in academics and athletics. Baptist Village Communities continues to minister among the growing aging population, while the Oklahoma Baptist Homes for Children is helping create capable, compassionate, Christlike young people. Undergirding all of these ministries in the ever-strong Baptist Foundation.

This children’s mission camp experienced a banner year in 2013, with its first summer at the new location in Davis. During 10 weeks of camp, CrossTimbers ended with 398 total decisions, and the summer 2014 weeks are filling up quickly, demonstrating the growing popularity of this unique camp experience.

If there were one crown jewel ministry of Oklahoma Baptists, it would be disaster relief, which has reached its 40th year of service. During the Annual Meeting, hundreds of volunteers gathered to celebrate the moment of what God can do, even amid tragedy and loss. To view the special anniversary documentary video, go to www.
okdisasterhelp.com/40years.

The ReConnect Sunday School initiative is taking the state by storm, as church after church re-commits to a small-groups strategy. The movement, which is giving birth to many new groups and classes, is “connecting people to Jesus, His Truth, His Community and His Mission.” For more, visit www.reconnectss.com.

No Baptist gathering would be complete without talk of the Great Commission and evangelism. Through its missions partnerships in Colorado, Mexico and East Asia, the BGCO is mobilizing churches to advance the Gospel. What a blessing to know that missionaries and lay people are taking Jesus’ Name to places it has never gone.

On 37 campuses, BCMs are making an impact for Christ among college students. Many of us remember the BSU days, and the important connection we enjoyed on campus, and that same relational ministry is happening at this time.

The list of blessings could go on and on. There is, however, a fine line between being blessed and being spoiled. What a tragedy it would be to get in the way of what God has been doing by self-inflected wounds. Instead, let’s take this feeling of blessing and give thanks to the Father and pray He continues to see fit to use us in the days ahead as He has in days past.