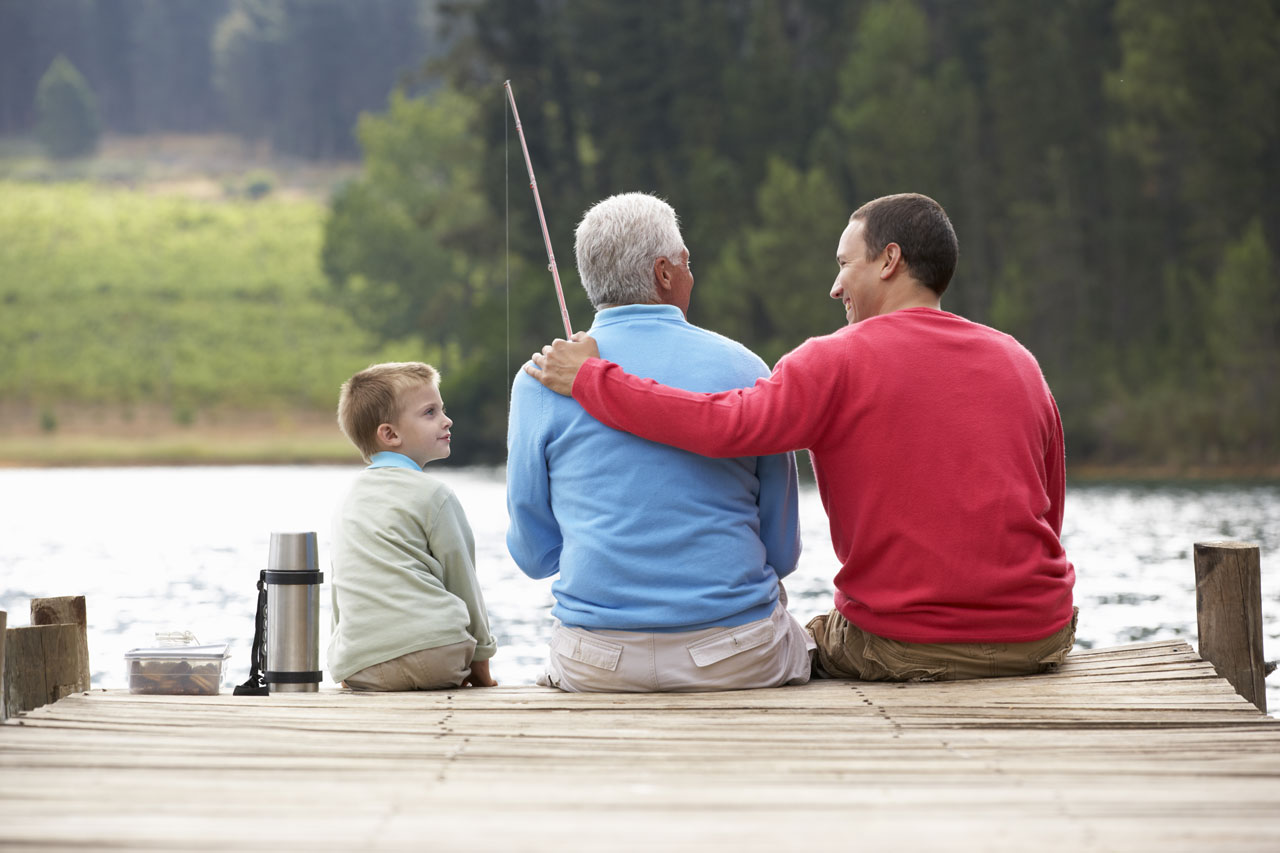 I have spent the last few days traveling with one of my three younger brothers. We haven’t taken a trip together since we were teenagers. This time, I’m hanging out with my oldest younger brother. Our family is very proud of him; he graduated in the top half of the bottom third of his high school class.

He and I got to talking about the upcoming Father’s Day, which led into a conversation about our own father. Dad passed away many years ago, and he had many quirks. The older he got, the more pronounced they became. One of the more unusual things he did was washing and waxing only the front half of his car. He didn’t care about the view of the people behind him, but when he looked out the front window, he wanted to see a gleaming hood. You could always pick out his car in the Wal-Mart parking lot.

Here are a couple more of Dad’s quirks. He believed that soaking your feet in Pepsi-Cola would take care of arthritis. I’m not making this up; he said he read about it in Capper’s Weekly, the forerunner to the Internet. If it was printed in Capper’s Weekly, it had to be true. One of the other things Dad did was to spray WD-40 lubricant on his elbows and knees to loosen up his joints. So now you can see why our family is proud of my brother’s academic record.

Next, I got to thinking about what my sons will say about me after I’m gone. What will they consider my most unusual quirks? Here’s one that has been a big part of my life this year. About two years ago, my oldest son, Jeremiah, came to me for one of those son-to-father talks. He thought I had given up my training after we climbed Mount Kilimanjaro together.

I have reached the age that whenever my boys want to talk, I think we’re about to have the “taking the car and keys away” conversation. But this time, he wanted to discuss my physical health. I am only 63, and 70 seems so far away. But Jeremiah is a coach, and the statistics he shared with me said that what I do in the next seven years will determine what type of life I will have from age 70 on.

I took what he said to heart, and last Father’s Day, I bought myself a tracking device that counts off steps, miles and calories. Then I decided I need to set a goal. I am not a runner, jogger or even much of a walker, but I decided that in one year, I would put in enough miles to equal a walk across America.

Since I spend a big part of my life sitting behind a computer, I thought this would be a daunting task. So last Father’s Day, I started walking, jogging and even moved into a little running. In a few days, Father’s Day will be here, and my year will be completed. How have I done? I reached my goal 10 days early: 355 days and 4,740,901 steps, coast to coast.

So what am I doing now? I am turning around and heading back to San Diego. And, yes, some days, I had to put in 20 miles to keep on track. I have walked for hours in airports, malls, gyms, hills, mountains, rain, neighborhoods and with dogs chasing me, but I kept on walking. I know that after I’m gone, my boys will say, “Do you remember the year Dad walked across America?” And once again, they will call me by their affectionate term for me: Crazy Old Man.

I prefer not to think of myself as crazy, but as someone who has dreams yet to fulfill. “‘And it shall be in the last days,’ God says, ‘That I will pour forth of My Spirit on all mankind; And your sons and your daughters shall prophesy, And your young men shall see visions, And your old men shall dream dreams’” (Acts 2:17).

Just remember, my sons, the nut doesn’t fall far from the tree. If you see me washing and waxing only the front half of my car, you can come and take away the keys. But until then, just know that your dad deeply loves you. And Happy Father’s Day to the rest of the crazy old men!