Rite of passage parenting: 7 lessons from the cross 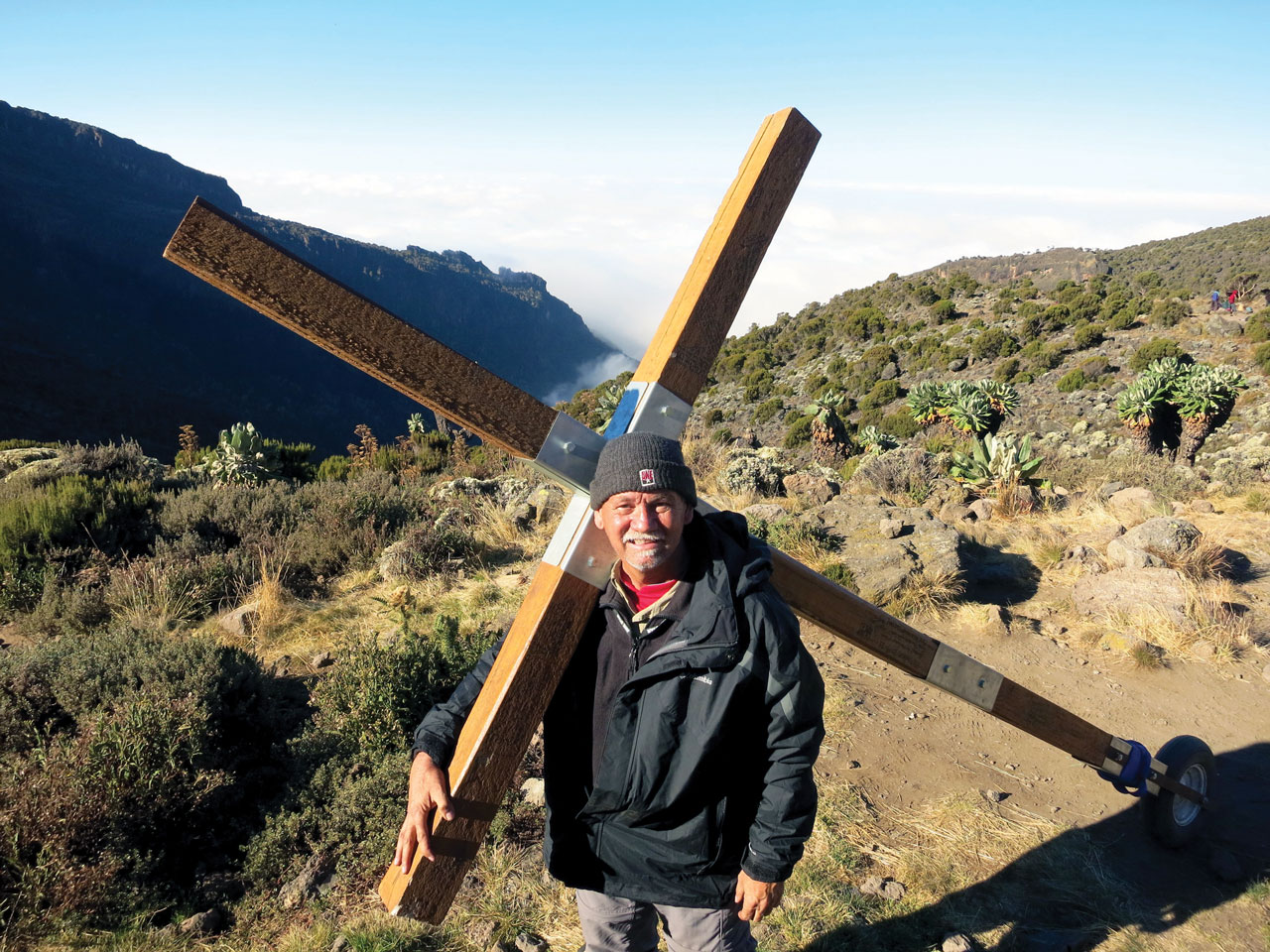 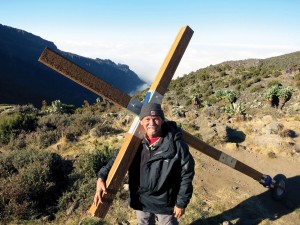 I’ve been a Baptist all my life and have often attended these meetings. I’m never sure what we’re meeting about, but the singing is good, and you get a couple of good sermons to take home. My church members always knew when I’d been to one of these conferences, because my preaching improved greatly, at least for a few weeks.

At the Annual Meeting, the hallways are full of pastors who haven’t seen one another since our last session. Sometimes, you see the younger pastors prancing around each other like young bucks, strutting their stuff and letting the rest of the herd know they’ve arrived.

The Convention thought about convening twice a year, but then they could no longer call them “Annual Meetings.” And that would throw off the numbering system, too.

So here I am. I’ve been asked to display the cross I carried up Mount Kilimanjaro at the Baptist Messenger booth. (Have you noticed the way Baptists have to put our name on the front of everything: Baptist Hospital, Baptist Children’s Home, Baptist Baptists? It’s a miracle we haven’t changed Church’s Chicken to Baptist Chicken. But I’m not sure what denomination the chickens are.)

Since I’m wandering the halls, I thought I’d give you a sermon. On my climb up Mount Kilimanjaro, I learned seven things about the cross. Here they are:

1. The cross has a life of its own. Our first night on the mountain, I crawled into my tent, and left the cross leaning against a tree. Before long, I started hearing people talking about the cross and praying beside it in multiple languages. They didn’t need me. The cross is always enough.

2. The cross should be on the ground, not high on a steeple. I don’t remember passing a single person who didn’t have a response to the cross: some curious, some negative and some positive. Maybe when Jesus told us to take up our cross, He didn’t mean for it to be so high up that it couldn’t touch lives.

3. The cross is meant to be passed on. On the second day, I dropped back. Later, I looked up and saw it going over a distant ridge. I thought, “There goes my cross.” The Lord immediately spoke to me and said, “Let it go. You need to pass it on to the next generation.”

From that moment on, my position changed from head cross-carrier to coach, mentor and encourager. That’s a hard lesson to learn. But some churches have failed to pass on the cross to the next generation, and now, no one is left to take it up.

4. It is not my cross, it is ours. On the third day, our guide, Rayson, came to tell me, “It is not your cross. It is our cross, too.” The believers among our Tanzanian guides wanted to become part of the team to carry the cross. The Holy Spirit reminded me it was Simon of Cyrene, an African, who was pressed into service to carry Jesus’ cross. That day, I realized the cross belongs to every nation, every tribe and every tongue.

5. The cross will get you through the most difficult of days. As we continued our journey, we came to the Barranco Wall, a sheer wall 1,000 feet high. I don’t like climbing. I don’t like heights. I don’t like teetering on an edge with a 500-foot drop-off behind me. So I decided to keep my eyes on the cross. When you do that, you’ll find yourself at the top.

7. You must learn to be in sync with the cross. The cross is extremely awkward to carry. The crossbeam wants to pivot back and forth, hitting your head and legs. When I tried to manhandle it and make it submit to me, I became exhausted. But finally, I begin to submit to the cross and walk in sync with it. In the end, the cross and I became one. So many of us try to make the cross fit us, but it doesn’t work that way. We must learn to fit the cross.

I don’t mind if you use any of these points in a sermon, as long as you tell everyone you got them at the 107th BGCO Annual Meeting. If you do, they just might send you back to the 108th.