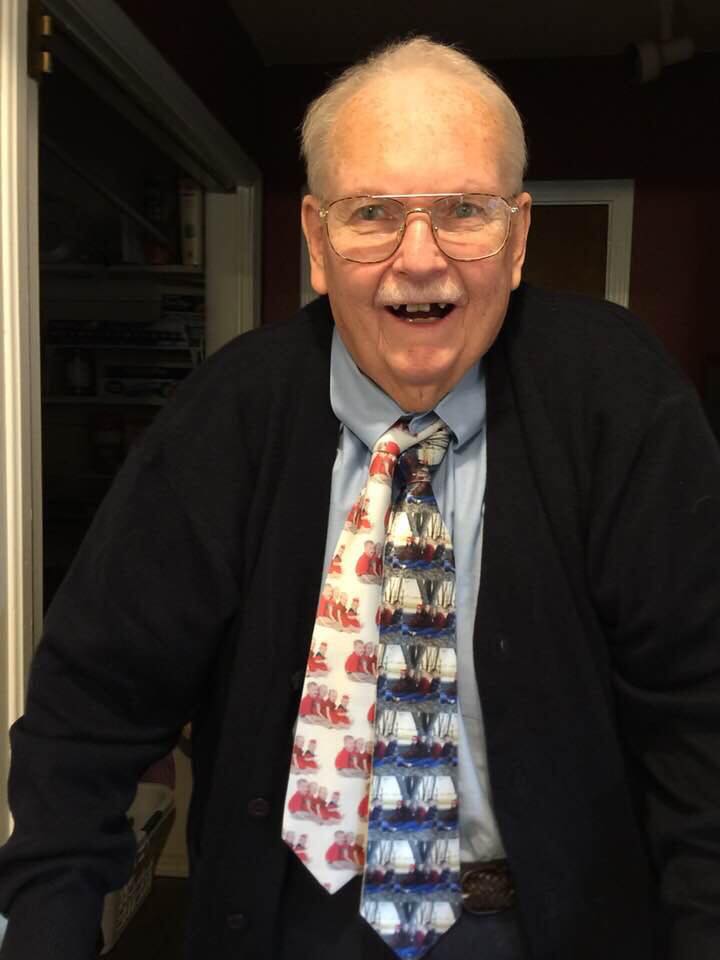 Ever since I was a little boy, I have loved Sunday school, and throughout the years, that love has only increased. The deepest relationships between members of a church usually occur within these small groups. It is here that the church is at its best. We minister, encourage and challenge each other to walk out the life of Christ. 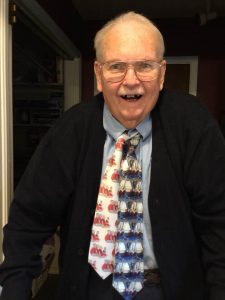 Dennis had two sets of grandchildren. Each set had given him a tie with their pictures on it. Instead of trying to decide which grandchildren to wear, he wore them both.

I belong to a great Sunday school class. We vary in age; some have children who are in high school, some have grandchildren. We have longtime singles, widows and those who have been married 50 years. In some ways, outside of the church, this group would never have thought to come together. But the church has called us to be family. No matter what stage of life we are in, God has called us to watch over each other.

My Sunday school class had a wonderful Bible teacher by the name of Dennis Carey. He was a large man whose sense of humor was bigger than he was. Most of his jokes were corny, but you had to laugh anyway. Sometimes, with a twinkle in his eye, he would introduce himself as “Hi, I’m Mr. Wonderful. I bet you’re glad to meet me!” and then laugh like Santa Claus.

As a Sunday school teacher, Dennis always had an engaging lesson and made sure none of his students left without knowing how to apply the truth to their lives. Not only was he a big man, but he also had diabetes. He had to have one leg amputated from the knee down, but that didn’t slow him down. Over the past few years, his eyesight had begun to fail. To prepare for the lesson, he would make the text on his computer so large that the astronauts circling the earth could read it as they passed overhead. Leaning over his computer, squinting to make out the words, he would turn on his iPhone to listen to the Scriptures being read.

Dennis would spend the entire week engaging with the text, praying for God to give him a lesson. By the time Sunday came, he wheeled in, prepared and ready to engage us with God’s Word. His lesson reminded me a game of ping-pong. He would lob the truth toward one of us, waiting for us to hit it back to him; then he would put a spin on it, and we would wonder where the lesson was going. And all of a sudden, the truth became clear.

Since I am on the road so much, I always looked forward to getting back to see what he had in store for our class. He told me several times that he loved it when I was there because I could volley the Scriptures back and forth as almost as well as he could. But I think he said that to everyone in our class.

Dennis got so wrapped up in his lessons that he would often run overtime. Another class uses the same room as we do, and sometimes they would get a little miffed when they had to wait. So our class bought Dennis one of those old-time brass bells, and his wife, Pat, became the timekeeper. At 10 a.m. sharp, she would press the plunger, ringing the bell to let Dennis know his time was up. But most of the time, Dennis thought of it as the “five minutes to go” bell.

A month ago, the doctors discovered Dennis had a cancerous tumor the size of a football on one kidney. They removed the tumor, and he was struggling to recover. This past Saturday night, the medical staff turned him over onto his side to change his bedding, and when they rolled him back, he had gone to see Jesus.

Sunday morning, our class was in shock that Dennis had passed on. But each one of us had the same idea of how he had met Jesus face to face. He probably said, “Hi, I’m Mr. Wonderful. I bet you’re glad to meet me!” And of course Jesus was glad.

I love the way the Berean Bible translates John 14:3, “And if I go and prepare a place for you, I will come back and welcome you into My presence, so that you also may be where I am.” Today, Dennis has been welcomed back home by his Lord and Savior.

Dennis, I speak for so many people when I say that not only will we miss your life, but we will miss your lessons even more. Thanks for teaching me to be a better believer. And with that, I hit the bell one last time.

Photo: Dennis had two sets of grandchildren. Each set had given him a tie with their pictures on it. Instead of trying to decide which grandchildren to wear, he wore them both.