Rite of passage: Missing the storm 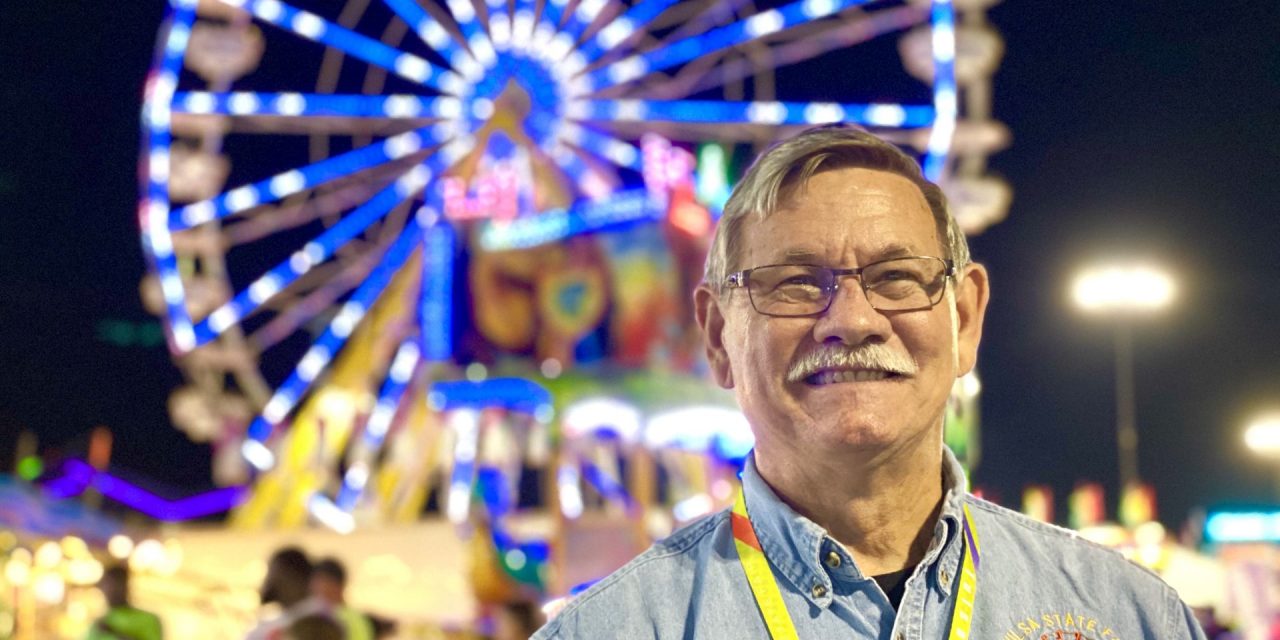 I was sitting in my chair as the message scrolled across the bottom of our television screen. A major storm was moving into Tulsa. Accompanying this storm were torrential rains and winds up to 60 mph.  The meteorologist began giving minute-by-minute updates, warning that in approximately 15 minutes, the storm would hit the Tulsa State Fair.

As the camera panned the midway, I could see the rain pelting down, the winds wreaking havoc on the booths and banners. The midway workers, soaked, were leaning into the wind, trying to tie down their equipment. I said a prayer, and emptiness filled my heart.

You see, I should have been in the midst of that storm. I have served as a state fair chaplain for 33 years. I have labored alongside directors Tom Branch, Randy Shaddox and a host of other men and women.

Last year the fair didn’t open because of the COVID pandemic. This year they wanted to protect us chaplains because our ministry is with those who travel with the games and amusement rides, temporary workers, games inspector, vendors and everyone who walks through the gates. God calls us to meet their needs.

To minister among this group is like ministering to the world. Many languages are spoken, and many walks of life are represented, from the needy looking to get another meal to business owners who drive up in their expensive trucks. Sooner or later, all of them will have a need, and a chaplain is there to serve.

The Tulsa State Fair has given us a centrally-located trailer; we can look out the door and see young families excited about the day and tired old men who have been dragged from booth to booth by their wives and want nothing more than to get back to their recliners. In the past, our trailer has been stocked with items people might need such as Bibles, blankets, ponchos, socks, gloves and toiletries.

I have been in the midst of storms like the one the other night. As it moved in, the chaplains would fan out and begin distributing ponchos. The workers can’t leave their booth, game or amusement ride; they must stay to guard the area or shut down. When they got up that morning, they didn’t know a storm was coming, so they stood there, soaked to the bone and shivering, welcoming the gift we had for them.

I remember the last storm I helped with, seeing the chaplains leaning into the pelting rain, seeking out those who needed help, the biting wind trying to keep us from doing our job. We pressed on, giving, encouraging, praying and most of all just being there for those who needed us. When the storm passed, we had given out 149 ponchos.

Later that day, those who had received these gifts came by our trailer to get some dry socks, a pair of gloves or a blanket, but they really came to thank us for standing with them in the storm.

Some shared their stories about why they were traveling from city to city. One man had been a bank president when his entire family was killed in a car accident. Distraught, he thought he would drop out of society and hide among those who drifted. He didn’t know God would use a storm to put a chaplain in front of him. There he found a friend, not only in the form of a chaplain but in Jesus Himself.

As I watched the TV screen, my heart ached that I wasn’t there in the midst of the storm. In the storms, I’ve seen God work the most. He did not save me to sit in a chair and watch a storm; He called me to march into the middle of it to rescue the perishing.

I am not a saint nor a hero. I am just one who follows Jesus as best as I can. And many times, He leads me into the storm because that is where He shines the most and does His best work.

In Mark 4, we see Jesus asleep on the boat when a storm arose. Lifelong fishermen who had been in many storms were now afraid. First, they took on the storm themselves while Jesus remained asleep. Then they awakened Jesus and told Him to start bailing water from the sinking ship.  But Jesus stood up and spoke to the storm in verse 39: “He got up, rebuked the wind and said to the waves, ‘Quiet! Be still!’ Then the wind died down and it was completely calm.”

You see, my friends, Jesus is not a pail dipper; He is a storm stopper. Let Him speak into the midst of your storm.

I miss standing in the storm.