Rite of passage: Keys to the door 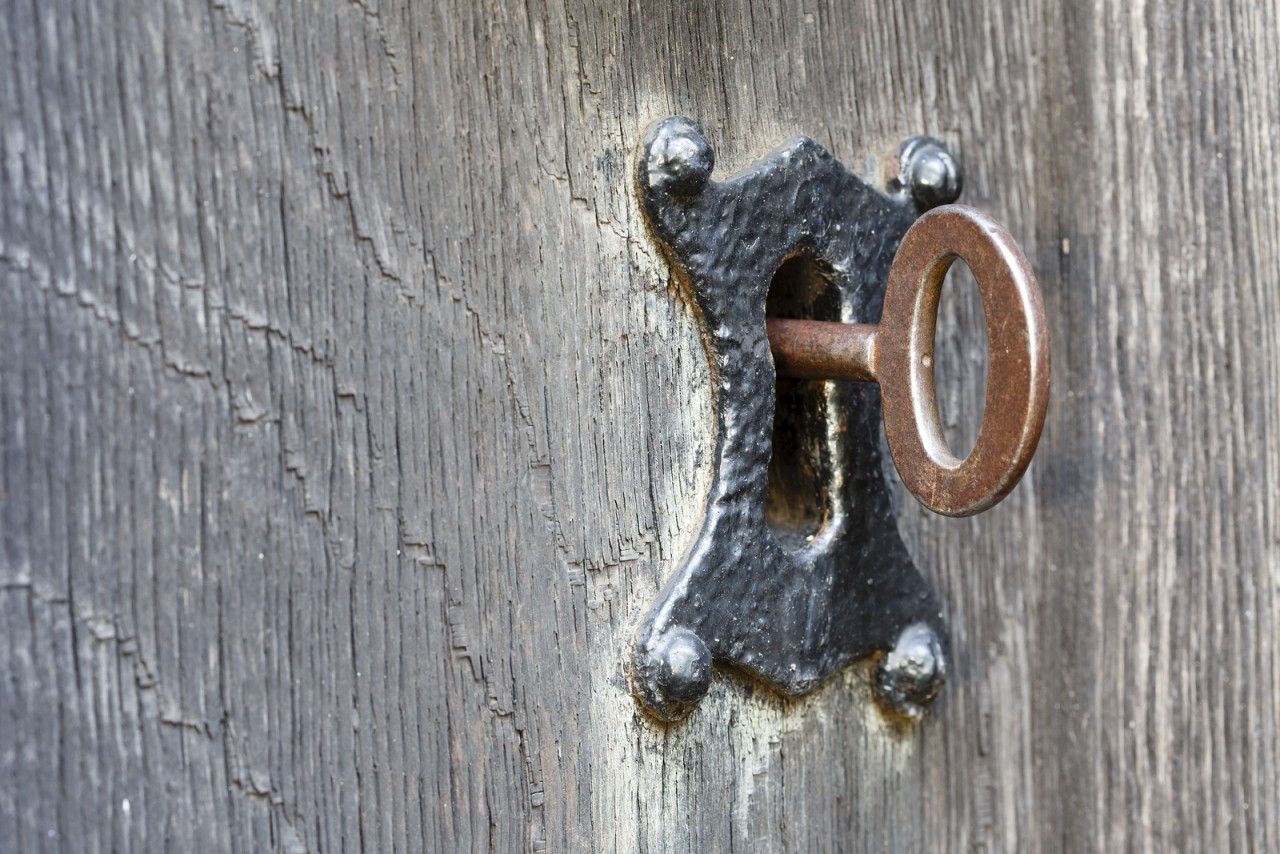 I am writing from the Church of the Holy Sepulchre in the walled city of Jerusalem. I wish I could take every one of you who reads this article on a journey to the Holy Land. In my travels, I have seen many mountains and beautiful scenery, but walking the land of Jesus feeds your soul. If God ever grants you the opportunity to visit, I recommend that you take it.

The Church of the Holy Sepulchre is in the Old City, as it’s called, inside the walled portion of Jerusalem. The Old City marks the birthplace of three major religions: Judaism, Islam and Christianity. The highest point of the Old City is the Temple Mount, where stands the Dome of the Rock. Inside the Dome of the Rock is a huge rock where Abraham took his son Isaac to sacrifice, and God provided a ram to substitute for his son. Later, King Solomon built the magnificent temple containing the Ark of the Covenant within the Holy of Holies. The Muslims believe Mohammed ascended into heaven from that same rock. Today, the Muslims control the Temple Mount. 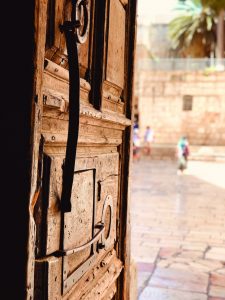 The Front Door of the Church of the Holy Sepulchre

The Old City is divided into four quarters. The Muslim Quarter is the largest, then the Christian Quarter, the Armenian Quarter and the Jewish Quarter. For a small place, there is a lot going on in the Old City.

While the Jews and Muslims are fighting over the Temple Mount, not far from there in the Christian Quarter, another group has been having quarrels for hundreds of years. It has to do with the Church of the Holy Sepulchre. Constantine the Great converted to Christianity after seeing a vision of a cross in the sky. He sent his mother, Helena, to find the tomb of Jesus. After stumbling around for a while, she found three crosses carved into a rock near a tomb and claimed she had found Jesus’ tomb. Next thing you know, they wrapped the tomb in silver and gold, built a building over it and then built a church over the building, which is now the Church of the Holy Sepulchre.

But that isn’t the end of the story. The biggest battle came over who would take possession of the keys to the front door. Because there is not much trust between the groups, 800 years ago, they decided they should hand the keys to someone else. They ended up giving them to a Muslim family, and for 800 years, those keys have been passed down from generation to generation. Each day, this family opens and closes the church.

Now I want to add my three cents’ worth to all of this.

So the City of Peace has a lot of turmoil and unrest, but one of these days, we know the Prince of Peace Himself will return to this very place, and His peace will reign over the city. So I pray along with the psalmist, “Pray for the peace of Jerusalem: ‘May those who love you be secure. May there be peace within your walls and security within your citadels’” (Ps.122:6-7).