Rite of passage: He was thirsty 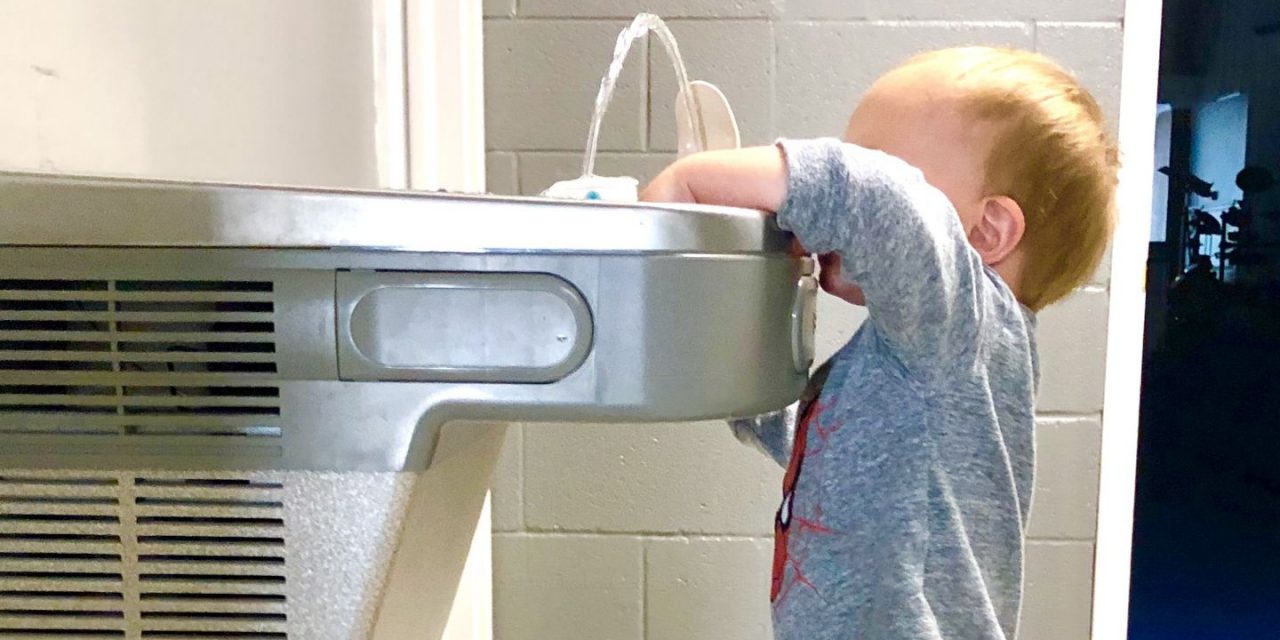 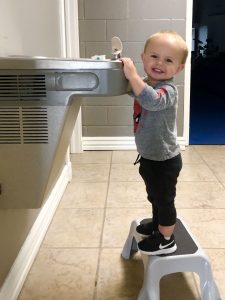 He was thirsty. River the Peacemaker, 2 years old for only a month and lacking several inches of height to reach the 3-foot mark, stood looking up at the water fountain.

He was thirsty. He could feel the dryness in his throat, but looking around and seeing no adults, he realized quenching his thirst would be a challenge.

He was thirsty. Too short to reach the button that would release the water, he desperately needed something to stand on. Spotting a stool nearby, he pushed it to the edge of the water fountain. Satisfied he was close enough, he climbed up on the stool. Now, eye level with the top of the basin, he could see the button he needed to push that would release the needed water.

He was thirsty. He pressed the button, and the water sprang up—too far away for him to reach. Seeing the water only made him thirstier. He needed a drink. His short stature kept him from leaning over and putting his mouth and tongue into the cool running stream spraying above his head.

He was still thirsty. Just seeing water doesn’t quench your thirst; he needed to feel it going down his throat. “I need to get something that can hold water,” he thought. Remembering the paper cups kept in the nursery, he climbed down, went into the nursery to find a cup and climbed back up on the stool.

River the Peacemaker didn’t know his poppy had come around the corner and was watching . River sat the paper cup in the basin of the water fountain and hit the button. The water shot up and out but missed the cup. Making a small adjustment, he hit it again, and this time the water reached the cup.

Wanting to make sure the cup was filled, he kept the button pressed as the water overflowed the top of the cup and poured into the drain. He not only got a cup of water but an overflowing cup of water.

When he turned and saw me taking a picture, a huge smile crept across his face. He then stuck out his tongue and made a raspberry noise.

River the Peacemaker got his drink on his own, without any help. Now, he knew how to find water and retrieve it to quench his physical thirst. A sense of well-being flooded his little heart.

Even though you just turned 2, you showed an incredible resourceful drive to keep working at a problem until you solved it. You didn’t cry for someone to come and help you, but you pushed through each problem and figured out how to resolve it. Since you were too short to reach the water fountain, you got a stool. Since you couldn’t reach the stream of water to get a drink, you got a cup. Since you missed the stream of water, you figured out how to move the cup into the stream.

Well done, my little friend. But one day, you will experience a thirst that is deeper than any physical thirst; it is a spiritual thirst. In John 4:1-42, we see the story of Jesus and an encounter with a Samaritan woman. Just like you, she had a physical thirst and came out to the well to get some water. There, Jesus asked her to give Him a drink. She thought that was odd because Jesus’ people, the Jews, didn’t like the Samaritans. She was rejected by many. She had many husbands, and the one she was living with? Well, she wasn’t married to him. She had a troubled heart, but Jesus offered her something called “living” water.

Water, food and air are basic needs for a human body to function, but we are more than just a physical creation. We are spiritual beings, and the soul needs to be fed just like the body. Jesus spoke with the woman about living water that could fill the emptiness in her life. She believed Jesus was the one sent by God to save us from our sins. Jesus gave her forgiveness, life, life abundantly and joy. All of that comes from what He calls, “Living water.”

River, seek the living water as passionately as you pursued that drinking water, and you will live a blessed life.