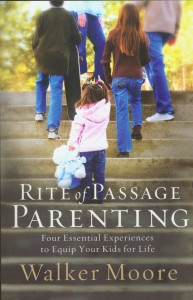 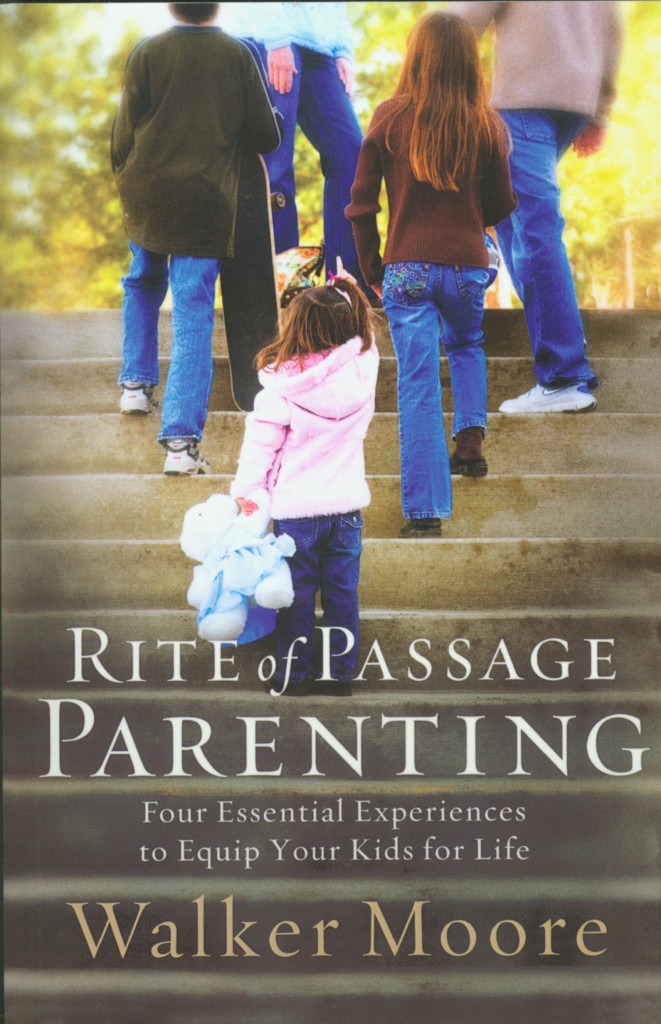 For a man who says he can’t write or spell, Walker Moore has kept Baptist Messenger readers entertained, informed and inspired for almost 10 years through his weekly column, “Parenting Teens,” now titled “Rite of Passage.”

Now, the president of AweStar Ministries in Tulsa has expanded his readership base even farther with the release of his third book, Rite of Passage Parenting: Four Essential Experiences to Equip Your Kids for Life, published by Thomas Nelson, Inc. of Nashville, Tenn.

Moore has worked with students for more than 30 years. Awe Star’s ministry focuses on two things: discipleship and evangelism, and helps young adults grow spiritually by going on what they call a “Global Passage” ministry experience. A leading speaker and author, his teaching touches thousands of homes each year, and he travels frequently to preach in churches across the country. He also is the author of You Wanna Pierce What? and The 923 Call.

While his new 240-page book is not just a compilation of his Baptist Messenger articles, much of the insight he has shared in the columns of this newsjournal are included. In fact, Moore’s very first Baptist Messenger article on March 5, 1998 was sub-titled “Grandparents Are the Downfall of America.” By that, Moore pointed out that 95 percent of grandparents at the turn of the 20th Century lived with their extended family and provided two valuable things: on-the-job training for their children who had become parents themselves, and grace to their grandchildren.

“Now, grandma and grandpa have sold the farm and bought a recreation vehicle and are headed to Las Vegas,” Moore wrote. “Today, most homes only have law, and grace is gone. Today, children go to school and hear law, law, law, then come home and hear the same thing again.”

Providing grace to children is one of the tenets-those four essential experiences to equip children for life -Moore lists in his new book. In fact, it is number 4: Grace Deposits. The other three are Rites of Passage, Significant Tasks and Logical Consequences.

Moore in his introduction to the book, says today’s parents are a lost generation, “because we have lost the tools to develop capable, responsible, self-reliant children.”

Moore attributes parents’ failures to a “cultural shift,” which began after World War II, when the nation moved from an agricultural to an industrial society. As a result, Moore says, young married couples moved away from their parents, following the lure of large companies and secure employment; they left the farms and moved closer to their jobs and schools for their children.

“As a result, we made a very rapid switch from generations that lived and worked together to a much more isolated family unit,” he writes. “No longer could mom and dad consult their parents for advice, which would have involved either a long wait or an expensive phone call. Instead, they turned to parenting ‘experts’ like Dr. Benjamin Spock and raised . . . my mixed-up, self-centered, rebellious generation!”

Moore contends “rites of passage” are necessary to move a child into adulthood.

The second tenet of Moore’s book is “significant tasks.”

“We equip our kids with skills and knowledge by assigning simulator tasks that build sequentially and prepare them for significant tasks,” Moore writes. “As they prove their faithfulness to carry out small responsibilities, we can entrust them with greater ones.”

He encourages parents to model Jesus’ example with his disciples “by taking our children through the steps: modeling the task, giving instruction about each step of the task, having the learner perform alongside us, and allowing the learner to perform the task on his or her own. In this way, our children develop the skills they need to attain capable, responsible, self-reliant adulthood.”

Moore also says “logical consequences,” the predictable outcomes of an action, are missing from many children’s lives today.

“All too often, our culture assumes that parents themselves or even the government should assume the logical consequences for children’s actions,” he writes, adding, “without logical consequences, kids today will have difficulty making wise choices from among the multiplicity of values and beliefs surrounding them. As a result, their character construction is faulty and their lives end up in need of constant repair.”

Moore asserts finally that the aforementioned cultural shift has left children’s lives lacking what he calls “grace deposits,” statements or actions that communicate an individual’s intrinsic worth in a way that he or she finds meaningful.”

Unfortunately, he contends, “today’s young people have exchanged their true identity for the lies of counterfeit grace, which causes withdrawals from the child’s spiritual account. In fact, counterfeit grace falsely fills the grace account, taking the space allotted for grace deposits . . . the child begins to slip away from his authority, missing out on protection and direction. Parents who watch this dismal progression may end up telling their kids, ‘You’ll never amount to anything!'”

Moore’s new book is available at both Christian and secular bookstores. Baptist Messenger readers can get a copy free, however, by logging onto www.messengerradio.com, listening to an interview with Moore and registering for one of three copies of his book to be given away.