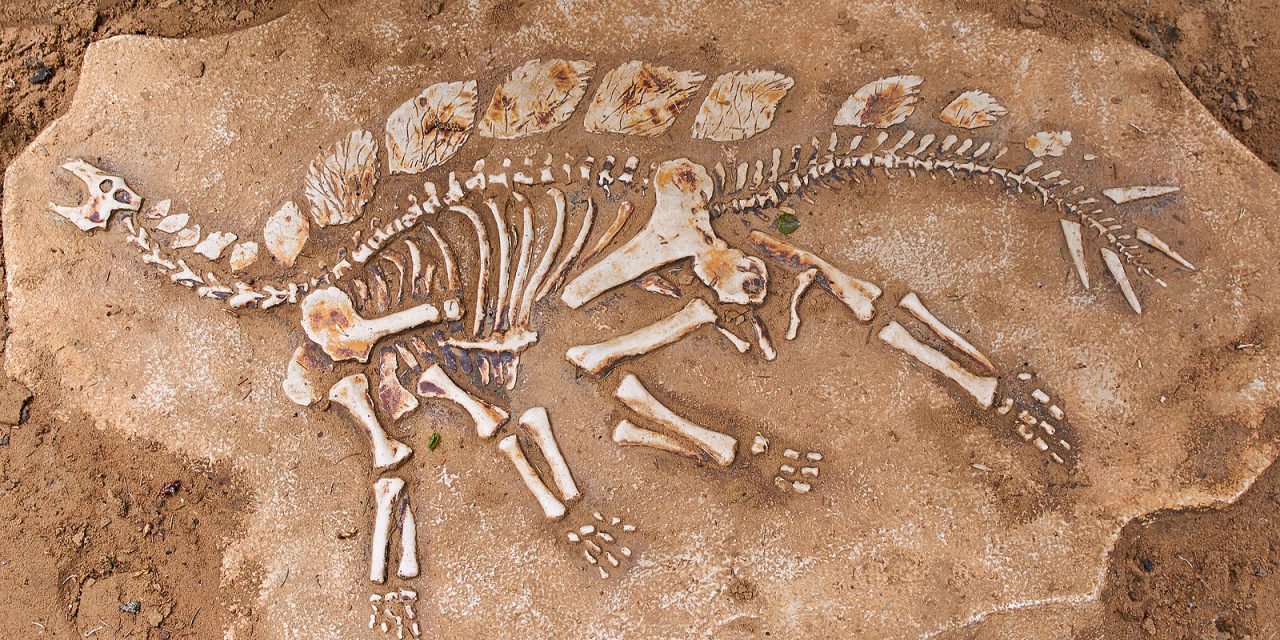 I have a friend who owns a company that sells many products on television. One day he got an unusual call. It was a group of archaeologists who had a warehouse full of petrified dinosaur dung. The dung had taken over their warehouse and needed to be cleared out.

As he was telling me the story, the first thing that came to my mind was this: I guess when you dig for dinosaur bones, you have to go through a lot of dung. I know dung comes in all sizes, and having parents and grandparents who were farmers, I can tell you I have shoveled some “large economy size” dung.

But never in all my years had I thought about the size of dung a dinosaur would produce. Take the Argentinosaurus, who weighed somewhere between 110,000 and 220,000 pounds and stretched out anywhere from 72 to 110 feet. I think just one of his byproducts could fill an Olympic-size swimming pool. No wonder early parents warned their children not to climb on large, steaming boulders.

Now I know why every picture of dinosaurs shows a lush tropical background. One day’s output of manure would produce enough fertilizer to last a millennium.

But let’s get back to my friend. The archaeologists needed to empty their warehouse; they didn’t know what to do with the dung. You can’t flush it, and it is hard to give away, so they offered my friend a deal. For just a few dollars, they would sell him the entire warehouse of dung, but he would have to come and get his property.

My friend took the deal.

Now as the proud or not-so-proud owner of tons of dinosaur dung, he asked himself, “What can I do with it?” Like most people, he had been taught that when life gives you lemons, you make lemonade.  He came up with a plan. He would break the dung up into one-pound chunks, wrap them up in beautiful tissue paper, put each one in an elegant gift box and call it “Crapolite.” He would do an informercial marketing these to executive assistants as paperweights for their bosses. The concept was that when your boss shovels a load on you, you can give it back to him.

Everybody thought my friend was crazy. Who in his right mind would pay a premium price for a chunk of petrified dinosaur poop? But his intuition was spot-on. In a few days, he sold out of everything he had. Many years later, he still gets calls asking if he has any more dinosaur dung in stock.

As I heard the story, I noticed a parallel to what we see in Scripture. Isn’t that what Satan has done from the beginning? He tries to give us things that are not good for us, things that God has deemed as dung.

And yes, the word “dung” appears several times in the Scriptures. Growing up, I memorized Phil. 3:8 in the King James Version of the Bible.  “ … and I count all things but loss for the excellency of the knowledge of Christ Jesus my Lord: for whom I have suffered the loss of all things, and do count them but dung, that I may win Christ.” A number of today’s translations use the word “garbage” or “rubbish,” but the word’s real meaning is “dung.”

Satan takes the dung of the world, repackages it with beautiful wrapping, puts it in an elegant box and resells it for a premium price. Many of you have bought into the world’s dung. It has damaged you and those around you, and you have paid a horrendous price.

But there is good news. I have been to Israel several times. To get into the Old City, you must enter through one of the eight gates. One of these, known as the Dung Gate, was the gate through which the daily garbage and dung of humans and animals were carted away to be disposed of.

Did you know that Jesus, because of His death, burial and resurrection, has opened a way for you to empty your life of its “Crapolite”? “If we confess our sins, he is faithful and just and will forgive us our sins and purify us from all unrighteousness”(1 John 1:9).

What is your sin? I think you are smart enough to figure that one out: the garbage, the poor decisions, mistakes and addictions you have embraced. If you leave them unconfessed, they will petrify and turn your heart to stone.

But Jesus has made a way for you to remove them from your life. Just confess them to Him. He won’t be surprised; He already knows. Receive His grace and forgiveness and be filled with his peace. What a great way to start a new year!