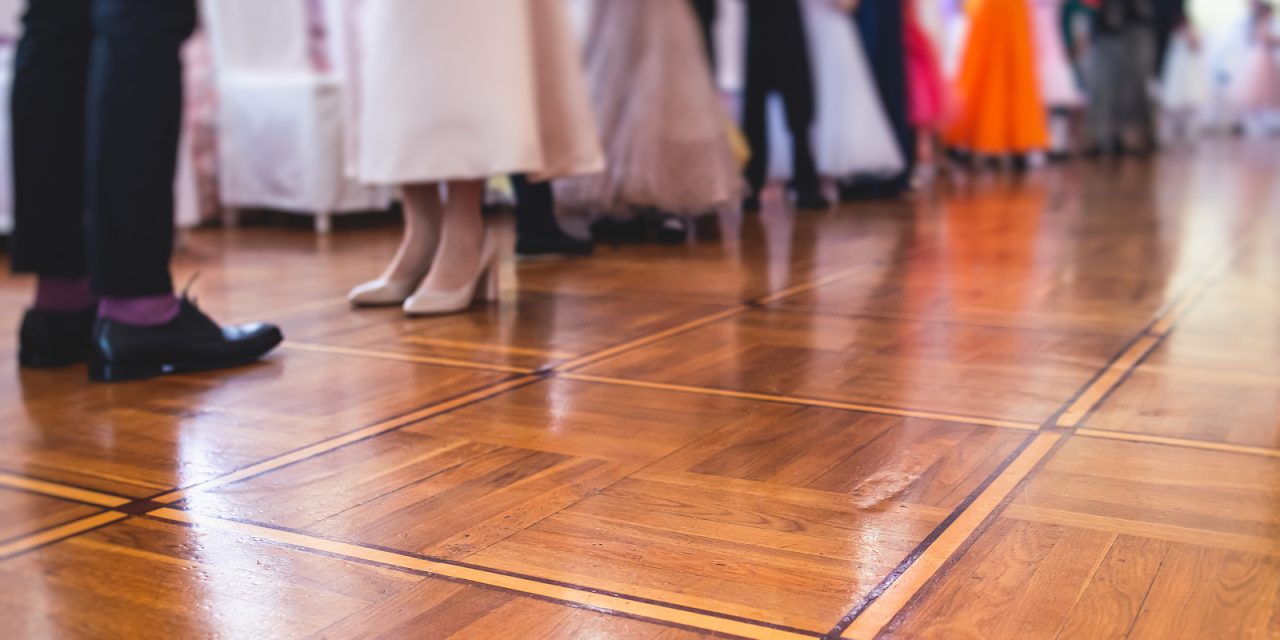 Baptists are funny people. It is well known that we love Jesus, the Bible and hate sin. And we are very passionate about reaching others with the Good News. But we are also odd ducks; we have the hardest time agreeing on what constitutes a sin. You might not know this, but you can get a fire going by rubbing two Baptist together.

This sin issue was brought to my attention again this week. I grew up in a Baptist church that taught dancing was a sin. If you started dancing, you may never know where your life might end up. No one ever told us what that meant, but it was implied that dancing would take you places where you wouldn’t find Jesus or your grandmother.

So, if you ever see me dancing, which probably you won’t, you’ll know, 1) I have no rhythm, and it has nothing to do with being a Baptist but more to do with genetics. 2) I also have no clues on what steps to take to what song. But there is a mystery to these Baptist who do dance.

I recently officiated a wedding of a Baptist family. The ceremony was very nice; the reception included an elegant dinner and a dance afterwards. They had brought in a DJ, and as he started spinning out some songs, one by one these Baptist took to the dance floor.

I was wondering what they were going to do since Baptist can’t dance. Since I am a child of the 1960s, in my mind, dancing is rocking back and forth from one foot to the other to the beat of the music. If you really get into the groove, you can move your arms about in some erratic pattern.

On the slower dances you hug a sister lightly and rock side to side, shuffling your feet until both of you have completed one full revolution, and if the music is still playing you do it again. But these Baptists started dancing like someone on Dancing with the Stars. I didn’t know Baptists, let alone the human body, could move like that.

Sister Ruth, (real name withheld to protect her from any condemnation from the Ladies Auxiliary) who we have been praying for her hip problems and listening to her complaining about there being too many stairs in the church took to the dance floor. God must have done a healing during the wedding ceremony, for Sister Ruth was out on the floor gyrating with the best of them. Normally she is out of breath by the time she gets to her Sunday School Class, but this night she was young again. I am hoping this healing is not temporary.

And Brother Bob (again, real name withheld) who never gets excited about anything in church was waving his jacket overhead and hopping around like he was riding an invisible horse. It is going to take awhile for me to get these images out of my mind.

I am not sure when Sister Ruth and Brother Bob learned how to dance like this. It must have been before they found the Lord because surely they didn’t learn this after joining a Baptist Church.

Now before all of you dancing Baptists get upset, I am writing tongue-in-cheek. Yes, dancing is in the Bible. Sometimes it turned out good, and sometimes it was bad. In Mark 6 dancing led to the beheading of the John the Baptist, and that was bad. In Luke 15 there was celebratory dancing when the prodigal son came home, and that was a good thing. I have been asked often, can a Baptist dance? My answer has always been the same, “some can, some can’t.” On this recent night, I saw both.

The point of this lesson is not if dancing is right or wrong but that we learn to ask the right questions about everything we do. As believers every thought and activity should be evaluated by the Word of God. Two questions we need to ask ourselves. 1) Can it be done to the Glory of God? 1 Corinthians 10:31. 2) I know it is permissible, but is it profitable? 1 Cor. 10:23.

And if the answer is yes, dance your heart out!