Riding the rails at 50 mph, IMB missionaries circle the city in prayer 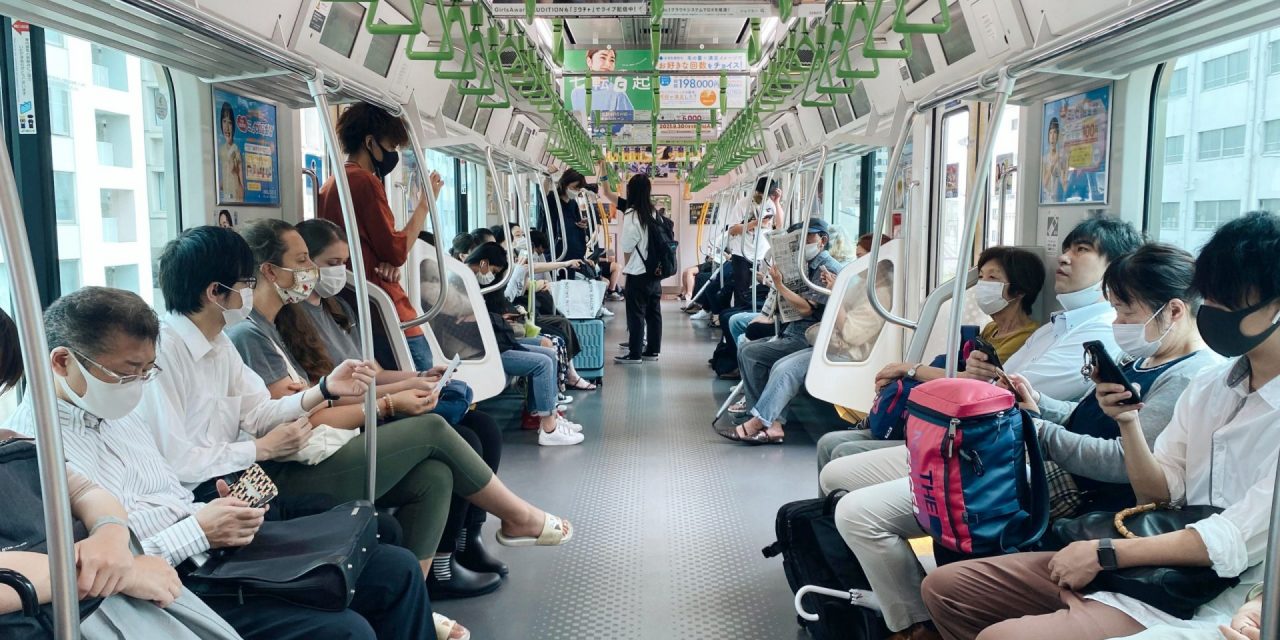 TOKYO (BP)—Have you ever been to a prayer meeting that went 50 miles an hour? International Mission Board (IMB) missionaries in Japan go to one every Tuesday morning.

The train doors open, releasing a cool swath of air into the summer humidity affecting not just Olympic athletes, but missionaries, Japanese believers and Christians from other organizations who are also feeling the heat as they minister outdoors.

Missionary teams step through the train doors and begin riding the JR Yamanote Line that makes 30 stops on a loop around Tokyo as part of prayYamanote, an interdenominational prayer activity that takes place every Tuesday. The trip takes a little more than an hour.

Christians developed a prayer guide that explains what each neighborhood at each stop is known for and gives corresponding prayer requests.

Carlton and Cornelia Walker led this week’s prayYamanote event. The Walkers, IMB missionaries in Tokyo, have been deeply invested in prayer ministry for many years.

Each week, the team exits the train at one stop to pray specifically for the neighborhood around that stop. This Tuesday, the missionaries prayed at the Uguisudani station.

Historically, this neighborhood was known as a literary hub for authors and poets. However, missionaries say it’s become a major center for the sex industry. Infamous “love hotels” line the east side of the train station.

The Lord guided missionary Tara Rice’s prayers as she took part in prayYamanote.

“The conviction that the Lord laid on my heart today was just the understanding that we pray to the God of the impossible,” Rice said. “Do I always pray believing that God can do anything? Do I truly believe that God can use those sex workers and transform them into workers for the kingdom? I do. I have seen Him do more miraculous things even than that.

“With that in mind, my prayers should be God-sized,” Rice continued. “I should be asking God to do what only He can. Today was a good reminder of that. So I prayed for those involved in sex work—workers and patrons alike. I prayed that God would call them to Himself and use their testimonies to draw even more people into the Kingdom. That’s something only God could do.”

After the missionaries finished, they shared the Gospel with people they met. Missionaries Pierce and Yae Hite, Scott and Julie Bradford, Jessica Wagner, Natalie Nation and Josiah Oldham joined the Walkers and Rice on this week’s prayYamanote prayer meeting.

The invitation to join their team via Zoom extends globally. Virtual participants join for the opening time of devotion and then pray as the team travels around the line, rejoining the team when they get off at one of the stops to pray for the specific area around the station.

People who regularly participate virtually include former volunteers and Japanese living in the U.S. During restrictions and lockdowns, more people are joining online from Tokyo.

Scott Bradford said virtual participants “are committed to praying for the city and asking and pleading before God to intercede and open doors and hearts to the Gospel.”

Bradford said their prayers, as they circle the city, remind him of Joshua marching around the city of Jericho.

“We’re praying for the spiritual walls that are holding people captive to break down so that the truth of the Gospel can come in and penetrate their hearts,” Bradford said.

Join IMB missionaries in prayer as they ride the rails again on Aug. 3.

“We desperately need you to pray for us, and here’s why,” Carlton Walker explained. We’re in a very public place on a very public train, and so we want to be able to be on-site with insight, to be on the scene, without creating a scene.”

Walker invites you to pray with their team.