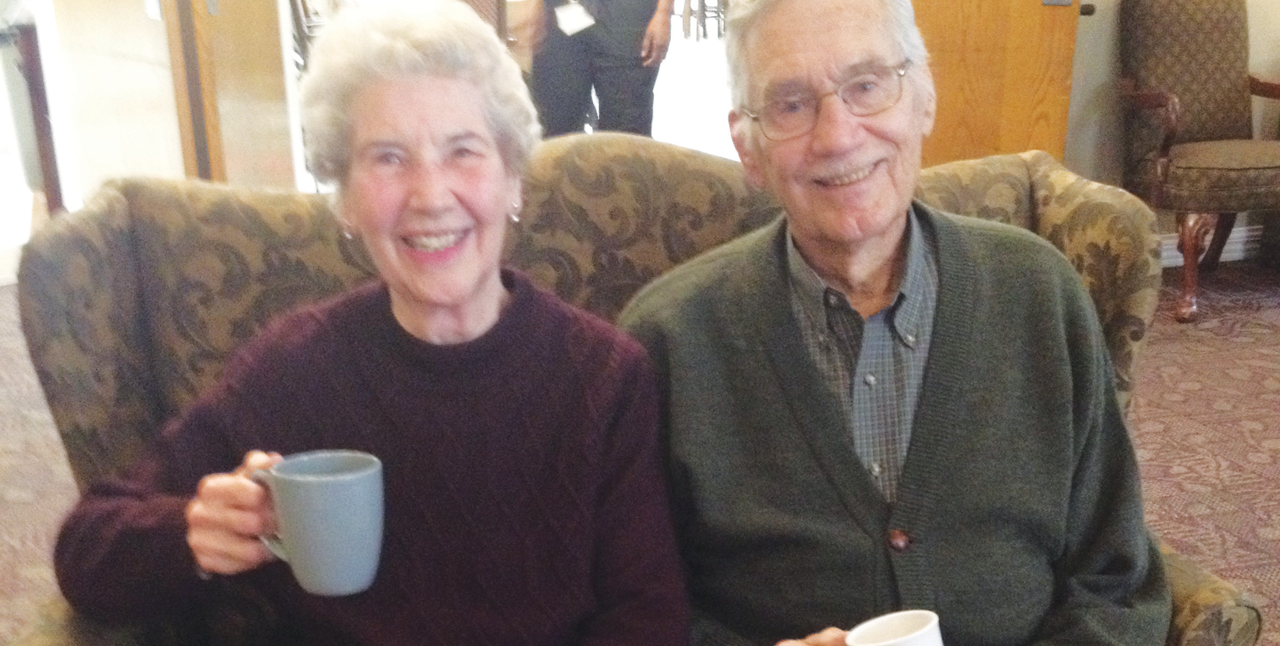 Frank Coy has a framed copy of his “cradle roll” certificate, which shows he was in church at a very young age. He was raised by Christian parents and was called to preach when he was 18.

But his wife, the former Betty Burleson, has a  different heritage. Raised in a poor neighborhood in southwest Oklahoma City, neither her parents nor grandparents were Christians. She never went to Sunday School or darkened the door of a church until she was 11 years old. 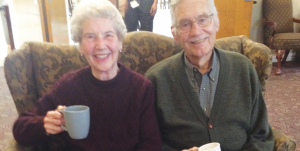 “It has always bothered me that I didn’t have that Christian inheritance,” Betty said. Then one day as she was reading the Bible, it came to her that she has a wonderful inheritance. “As I was reading in Psalms, I realized that the Oklahoma Baptist legacy is my inheritance.”

Psalm 16:5-6 says, “Lord, you have assigned me my portion and my cup; you have made my lot secure. The boundary lines have fallen for me in pleasant places; surely I have a delightful inheritance.”

Betty explains that while her father was overseas serving in World War II, Oklahoma Baptists started a mission in walking distance of her home. By herself, she visited that little mission, and at once felt love and acceptance.

“The first person I remember was J.P. Cragar, who drove a Bama Pie truck and was pastor,” Betty recalled. “He introduced me to Jesus.” Betty was baptized in 1945 and brought her younger sister and two younger brothers to church with her. They, along with her parents, eventually made professions of faith in Christ, and one of those brothers went into the ministry.

The little mission became Southwest Friendship Church and in 1948 called Frank Coy, an Oklahoma Baptist University (OBU) freshman, as music/youth director and associate pastor. “I had never led a song in my life,” Frank commented.

Frank, who was three years older than Betty, was attracted to her, but let it be known that it was inappropriate for him to date girls in the church.

“The only times we went out together, it was in groups,” Betty said.

“I had to marry her so we could date,” Frank laughed.

After they married, Frank became pastor of the church, and served there nine years while both he and Betty attended Southwestern Seminary. In 1960, they were appointed missionaries to Chile. The first nine years of mission service were spent in Valparaiso-Vina in evangelistic activities, establishing new churches and in associational ministries. In 1970, the family moved to Santiago where Frank taught at the seminary. He later served as president and academic dean of the institution, while Betty was active in WMU activities and leading Bible schools. The Coys also served four terms as missionaries-in-residence at OBU.

The couple retired in 1995 and moved back to Oklahoma City, where they joined Oklahoma City, Village. Frank has kept active serving as pastor of Hispanic congregations and teaching in the Robert Haskins School of Christian Ministry. He is the author of two books on the Holy Spirit: El Otro Jesus: El Espiritu Santo, La Dinamica para Hoy and Ya Liego, and a book on Marriage, Me Case con Betty.

Betty and Frank have three children: Terry, who works part-time for the Southern Baptists of Texas Convention and is an adjunct professor at Southwestern Seminary; Sherry, who lives in Oklahoma City, and Jerry, who lives in London, and serves as Human Resources developer for the International Mission Board for Europe and Asia.

Betty says looking back over their lives, their hearts are filled with gratitude for what the Lord has done.

“I got off to a great start because of the friendly people at Southwest Friendship, who loved us, helped us through seminary and were prayer warriors while we were in Chile, where we faced numerous difficulties with illnesses of our children who had rheumatic fever and a brain tumor, plus the uprisings and military coup we experienced.”

Three years ago, the Coys moved to the Baptist Village of Oklahoma City, where Frank leads a Bible study, preaches at Chapel and serves as “pastor” to the many Hispanic workers at the Village. And this is where, Betty says, her Baptist inheritance will be completed.

“Someone cared enough to reach into one of the poorest areas of southwest Oklahoma City and to tell an 11-year-old girl about Jesus,” Betty emphasized. “Then I met my husband there, and we went to OBU and seminary with the help of Baptists. And we spent 35 years with the International Mission Board in Chile, thanks to Southern Baptists, and now we live in the Baptist Village and have retirement, again thanks to Baptists. How could anyone have a better Christian inheritance?”