Reaching the lost in Oklahoma, beyond 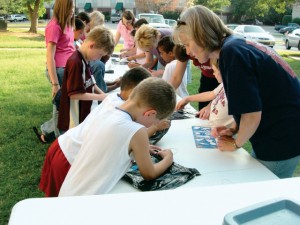 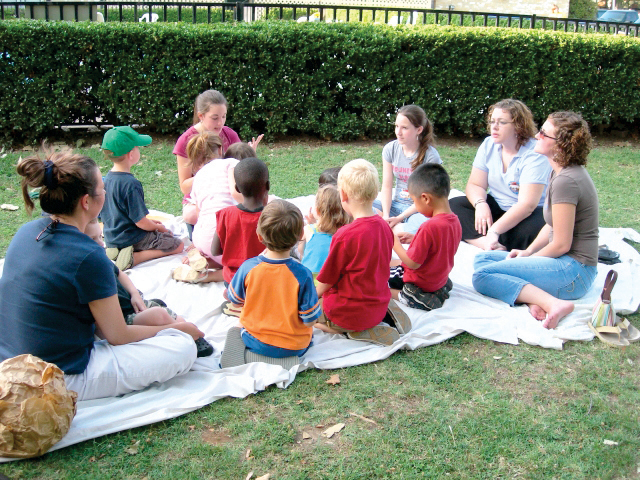 NORMAN-FaithPointe Church is reaching the lost in Norman and places far beyond. In so doing, this young church is providing a model for missional churches that yearn for Kingdom impact. In April, 2004 Oklahoma City, Emmaus partnered with FaithPointe pastor Brad McCain to start a new church. The church began in McCain’s home with a vision to impact lostness not only in its Jerusalem, but also in Judea and Samaria and to the ends of the Earth. In less than three years, the church is seeing this vision become reality. Barely one year old, FaithPointe started Freedom Church in Moore. At the same time, they partnered to help a new church start in downtown Oklahoma City called Fusion Church. Not content to focus only on their Jerusalem and Judea, FaithPointe partnered with The Bridge Church, a new church plant in Seattle, Wash. In addition, FaithPointe is launching a partnership in June to engage an unreached people group in Asia. All this from a church averaging less than 100 people on Sunday that has yet to celebrate its third birthday.

How is this happening? First, McCain launched FaithPointe with the goal of being a missional church which focuses on impacting lostness. What this means is FaithPointe does not measure its impact simply by attendance on Sunday morning, or even by the numbers who are finding Christ in its local fellowship. While FaithPointe is reaching lost people in its Jerusalem, McCain understands that the most effective way to reach greater numbers of lost people is to start new churches. For example, if your church wants to reach 100 lost people, you will do it three times faster by starting a new church than you will by trying to get them to come to your existing church. So, FaithPointe is committed to starting new churches, while at the same time, reaching out to the lost itself. 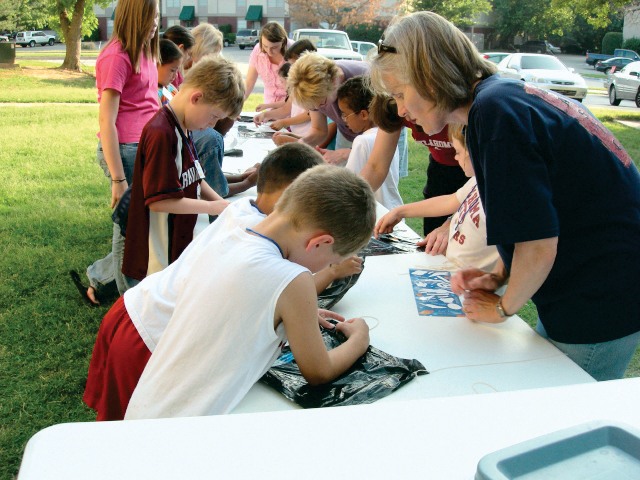 Presently, FaithPointe is working with Mission Norman, an extended ministry of Union Association, to help begin churches in various apartment complexes around the city. McCain is training university students and others for this task. He understands that churches which meet in homes and apartments might never reach the size to have a “full-time” pastor. But what does that matter if the lost are found and brought to Jesus? More than half of all Baptist churches in Oklahoma have bivocational pastors. And if Oklahoma Baptists reduce lostness in our state (lostness is presently growing in Oklahoma, not declining) it will be through the beginning of many, many churches, most of which will be small and have bivocational pastors. Everywhere in the world where lostness is decreasing, it is happening through the rapid planting of many churches, most of which are small and have lay and bivocational pastors.

McCain confesses that his vision of developing a missional church that focuses on maximum kingdom impact involves intense spiritual warfare. The “bigger is better” mentality is pervasive throughout our culture, including the church culture. McCain regularly reminds himself and FaithPointe Church that God is accomplishing big things through their small church.

FaithPointe is a growing church. Average attendance isn’t quite 100 yet, but it is growing and is already larger than the average Baptist church. I point this out lest anyone think that the choice to start churches is a choice not to grow the mother church. In God’s economy, those who are committed to impacting lostness as Acts 1:8 mandates will not suffer a lack of spiritual blessings. Bivocational pastor McCain and FaithPointe are providing Oklahoma Baptists with a model for a missional church that impacts lostness in Oklahoma and the world beyond.

For more information about how you or your church can more effectively impact lostness, contact me at radams@bgco.org. The Church Outreach Team exists to assist Oklahoma Baptist churches on the journey to living the Acts 1:8 mandate.