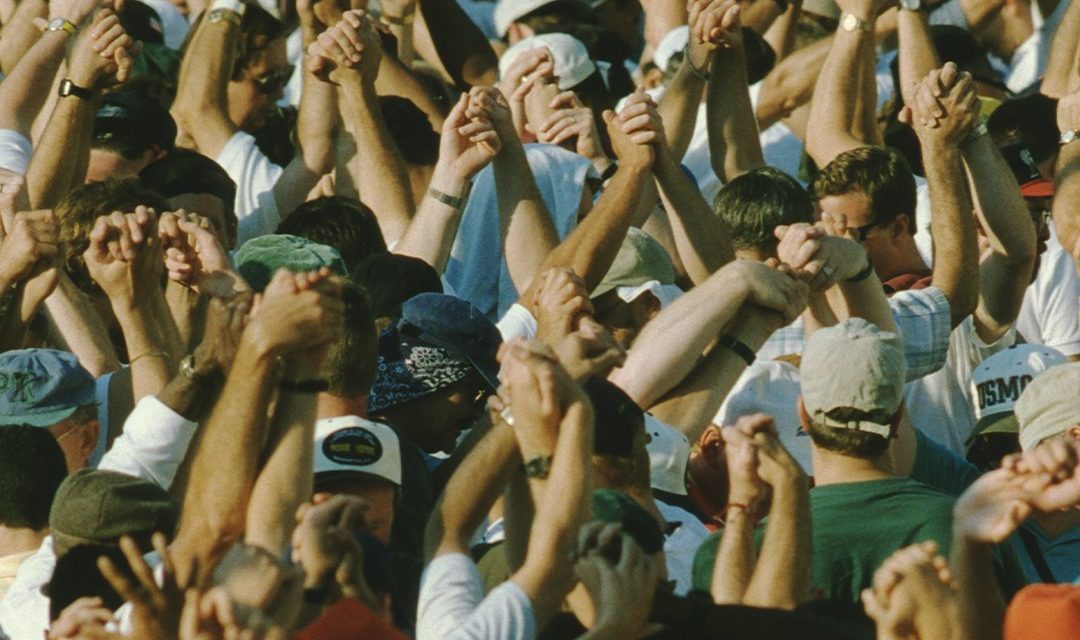 NASHVILLE, Tenn. (BP)—In 2020, after more than 20 years, Promise Keepers prepared to return in a big way with a large-scale, in-person event at AT&T Stadium in Dallas. A speakers lineup led by Tony Evans indicated the group was headed back to the platform it enjoyed in the 1990s, when packed stadiums culminated in the 1997 Stand in the Gap event. There, the organization reported more than a million men in attendance on the National Mall in Washington, D.C.

But like everything else, the COVID-19 pandemic changed those plans. Last year’s gathering became a virtual event that still drew 1.2 million participants in 84 countries, said Ken Harrison, who became Promise Keepers chairman and president in December 2017. Harrison said he expects the momentum from last year’s event to join an overall hunger to recommit to biblical manhood, as Promise Keepers will host a gathering for men at AT&T Stadium on July 16-17.

Harrison told Baptist Press that the theme, “Stand Strong,” had been established in 2018.

“In 1 Corinthians 16 Paul encourages men to act like men,” he said. “We’re seeing attacks on a biblical worldview everywhere and we want to encourage men to stand strong for the sake of their families and communities.”

In both 2020 as well as this year, Promise Keepers organizers have had to work within an unexpected time crunch. Last year they only had 45 days to plan the virtual event, which was broadcast from a dinner theater in Nashville yet received positive attention and accolades, according to Harrison. Lingering uncertainties about restrictions related to the pandemic this year kept the ticket allotment for next month’s gathering capped at 20,000 until mid-May. That number already included 6,500 ticketholders from 2020.

With restrictions eased, the 80,000-seating capacity of AT&T Stadium opens up the opportunity to meet the demand Harrison and others expect for such an event.

“A lot of tickets purchased last year were from those in foreign countries,” said Harrison, “so it was going to be—and will be—a large multicultural event. We have so much momentum and churches supporting us right now that it’s humbling.”

Nathan Lorick, executive director of the Southern Baptists of Texas Convention (SBTC), joined others in inviting others to the gathering.

“We are believing that God is going to show up in an incredible way as thousands of men worship our Lord Jesus together and open up the word of God and learn how to be greater men of God, greater husbands and greater fathers together,” he said.

In another video endorsement, Kie Bowman, pastor of Austin, Texas, Hyde Park and the current SBTC president, declared “Promise Keepers is back.”

Bowman appealed to men to take part in the “incredible music and worship, anointed speakers and the experience of being with thousands of other men who cry out, desire and long for a personal connection with God and be stronger as men in the 21st Century.”

“This event could be the catalyst for the revival that we are believing God for,” he added.

The stances taken by Promise Keepers have made it and Harrison a target for groups opposed to its message.

“USA Today posted a column condemning us. Magazines have lied about us, saying we’re bashing LGBTQ people,” Harrison said. “I’ve received death threats over social media and people asking where I live. But that goes with the territory now. We have to stand strong.”

He explained how strong men with biblical convictions ultimately benefit women and children. Harrison still hears testimonies of those who were impacted by the Promise Keepers events of the 1990s, not only of the men who attended but their wives and children who saw the effects at home.

“This is a celebration of men coming together to glorify Christ,” he said. “That’s a powerful visual. We don’t want this to be a one-time event, but to create a movement that leads to long-term discipleship.”

Doors open at 4:30 p.m. on July 16 with the sessions lasting until approximately 9:30 p.m.. On July 17 doors will open at 7 a.m. with the conference slated to end at 2:30 p.m. Tickets can be purchased at PromiseKeepersEvent.com.