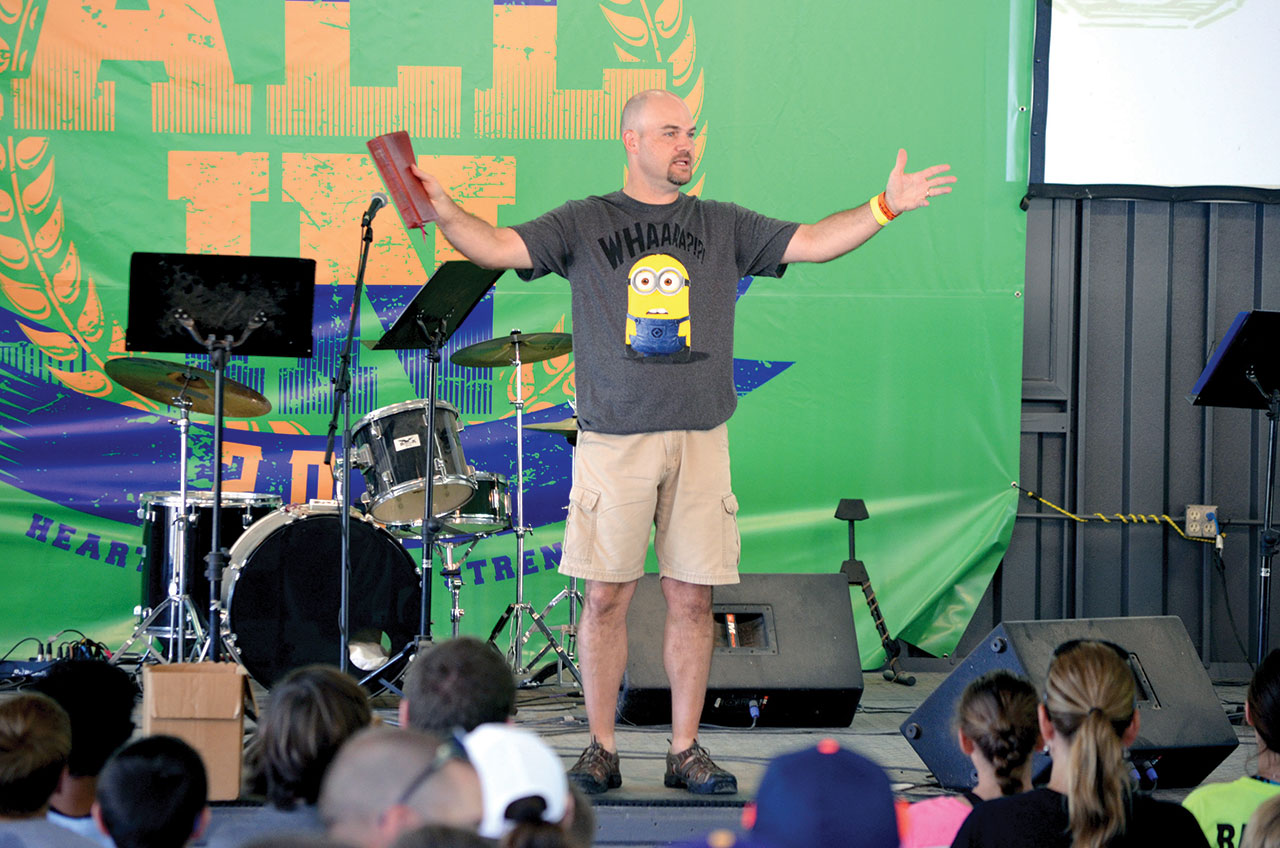 DAVIS—CrossTimbers Children’s Mission Adventure Camp hosted its final week of summer camp, July 27-31. The week had a different element compared to the previous sessions, as the week focused on pre-teens, fifth and sixth graders.

This was the second year for CrossTimbers to have pre-teen week, and Glenn Barber, CrossTimbers program director, is pleased with the offering of the specialized camp.

“We’ve seen more and more churches deal with issues with fifth and sixth graders,” said Barber. “They don’t want to feel like kids and be formed into a kid’s ministry mindset. They want to be in youth, but they are not fully matured. We realized the fact that they are not third graders either.”

Barber discussed with those involved in children’s ministry how many churches are creating pre-teen ministries, and the idea progressed from there, leading to CrossTimbers offering pre-teen week. Drawing interested church groups to attend was not a problem, as Barber said they sold out in a short period of time.

Some of the differences include the length of the camp session, as a regular camp session at CrossTimbers is four days, while Pre-Teen Week offers five days of camp. “Having that extra evening session and morning session puts some ‘bookends’ on the camp a little bit better,” Barber said.

Keith Wiginton, pastor of Claremore, First, returned to be the camp pastor, as he served the same role last summer. “We have been very blessed the last two summers having Keith Wiginton as the camp pastor,” said Barber. “He gets this age group. If you compare messages for pre-teens verses messages for kids’ camp, it’s a little different. Keith has done a good job embracing that.”

Other variations for pre-teen camp included some programming changes. Barber said they could lift some boundaries that were created with younger campers in mind.

“There are some things we do throughout the summer, playing some games and doing some activities that, when they involved third graders, needed some restrictions because they might get hurt or might not enjoy it if it were at an advanced level,” said Barber. “In pre-teen camp we can pull out those limitations and let the kids have fun. It makes a difference. When you have fifth and sixth graders competing against each other verses third-through-sixth graders competing, you don’t have to hold back those sixth graders.”

For more information on next summer’s camps at CrossTimbers visit www.bgco.org/crosstimbers.