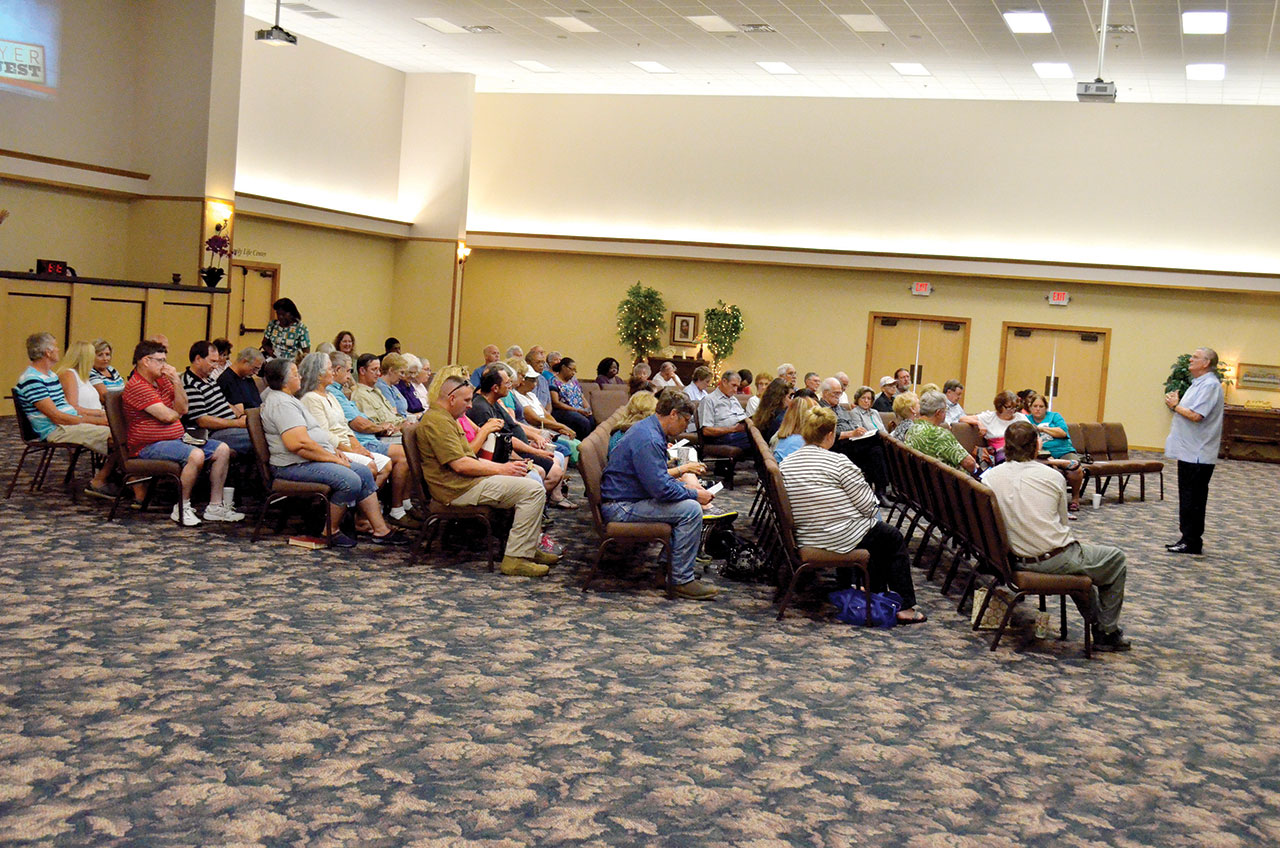 Not in the literal sense, of course, but figuratively in that Cameron’s membership is enthusiastically engaged in reaching out to its community for the Lord.

“Probably the biggest impetus was Bob coming down and basically doing a Sunday School revival for us in February,” Teel said. “The capstone for us was when he came in and did the revival—a ReConnect presentation—Sunday morning through Wednesday night. It really was a giant Sunday School conference.

“He went through what we do and why we do it to help us understand why we enroll people and why we start new groups. It was certainly one of the finest times we have had in our church in a long time; we had revival. We packed it out every night.”

Teel, who came to Cameron in 1978 as its youth pastor and then served as associate pastor for singles, administration and evangelism and became senior pastor in 2013, said the idea is really nothing new.

“It just goes back to Flakes’ formula,” he said, referring to Arthur Flake, the first leader of the Sunday School Department of the Southern Baptist Convention’s Baptist Sunday School Board (Now LifeWay Christian Resources), who developed a five-point formula for building and growing a Sunday School: Know the Possibilities, Enlarge the organization, Provide the Space, Enlist and Train Workers and Go after the People.

“Our Sunday Schools are dying because we’re not enrolling people in (them), not just so they can be exposed to the Gospel—which obviously is the main priority—and not just so they can learn the Bible, but so we can touch their lives and minister to them and encourage them.”

And, one vital aspect of that is visitation.

“Andy Anderson used to say if you have a Sunday School class, or teaching unit as he used to call them, that’s not represented in visitation, or putting knuckles on the door, as he used to say, they’re not really doing ministry for that class. I like that.

“Unfortunately in the past, we listened to some folks who said visitation doesn’t work anymore, and we found out that’s not true. It does work, and it works very effectively. We disbanded our organized visitation for several years,  but we re-initiated it. Our folks come and sign in, so there is some accountability, and then we have a list of prospects available.”

Cameron now has around 75 of its members who go out visiting prospects every Tuesday night. That’s about 8 percent of its weekly average attendance of 850-900.

Another aspect is evangelism, Teel said. “This last fall, we initiated our first organized evangelism training program. I use Evangelism Explosion, and throw in some elements of F.A.I.T.H. in it, too. The amazing thing about it is, almost every week, we enrolled somebody in Bible study through our evangelism ministry.

The church has started several new Sunday School units since Mayfield’s presentation in February, which led to the creation of a new ministry position. Dennis Dawson joined the church staff as pastor of religious education on July 27, with the responsibility of organizing new units and training new leaders.

“I’m very, very fortunate to be the pastor of this church,” Teel said. “We have great people. They are very committed to come four times a week.

“When I became pastor two years ago, my vision was for us to do three things well: discipleship, evangelism and missions, and the vehicle we use to do those three things is Sunday School.“

Twelve more Regional ReConnect Sunday School Clinics will be held across the state this month. Visit ReConnectSS.com/clinics for more information.