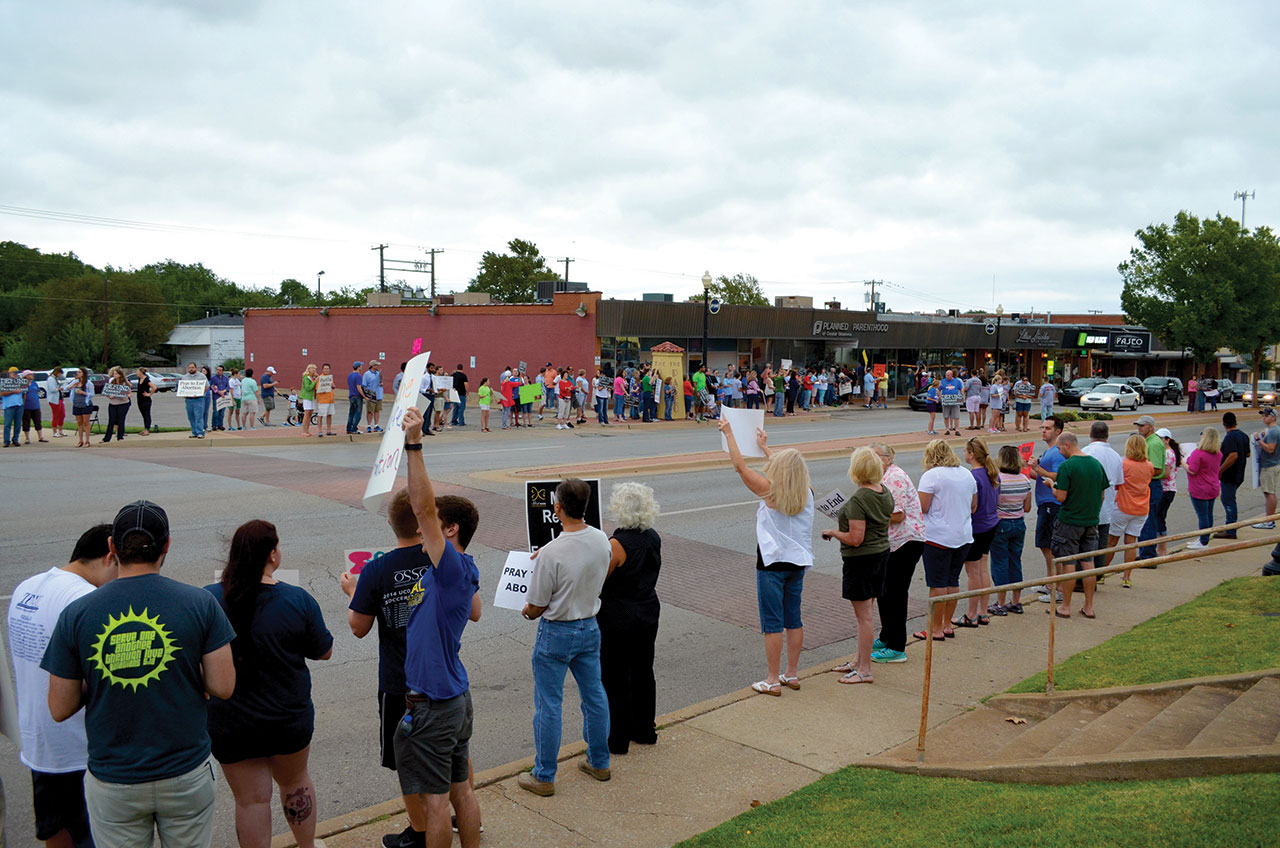 Approximately 300 protesters gathered in front of Oklahoma City’s Planned Parenthood office at 619 N.W. 23rd St.  the morning of Aug. 22 as part of a nationwide effort in 320 cities to bring public attention to the nation’s leading abortion provider in the wake of undercover videos released since July by the Center for Medical Progress.

The videos, which have led to federal and state investigations of Planned Parenthood, show officials and others associated with the abortion giant casually discussing selling organs of aborted children and perhaps even babies born alive.

The national day of protest against Planned Parenthood was planned by a group called “ProtestPP,” which consists of a coalition of various pro-life groups, including 40 Days for Life, the Pro-Life Action League, Citizens for a Pro-Life Society and Created Equal.

According to the group’s website, “The National Day of Protest will strengthen local efforts by raising their profile with the local press, the community and other pro-life activists. Together, the protests held on Aug. 22 will put pressure on the media, both local and national, to report the truth about Planned Parenthood, and on government officials to stop funding this discredited organization.”