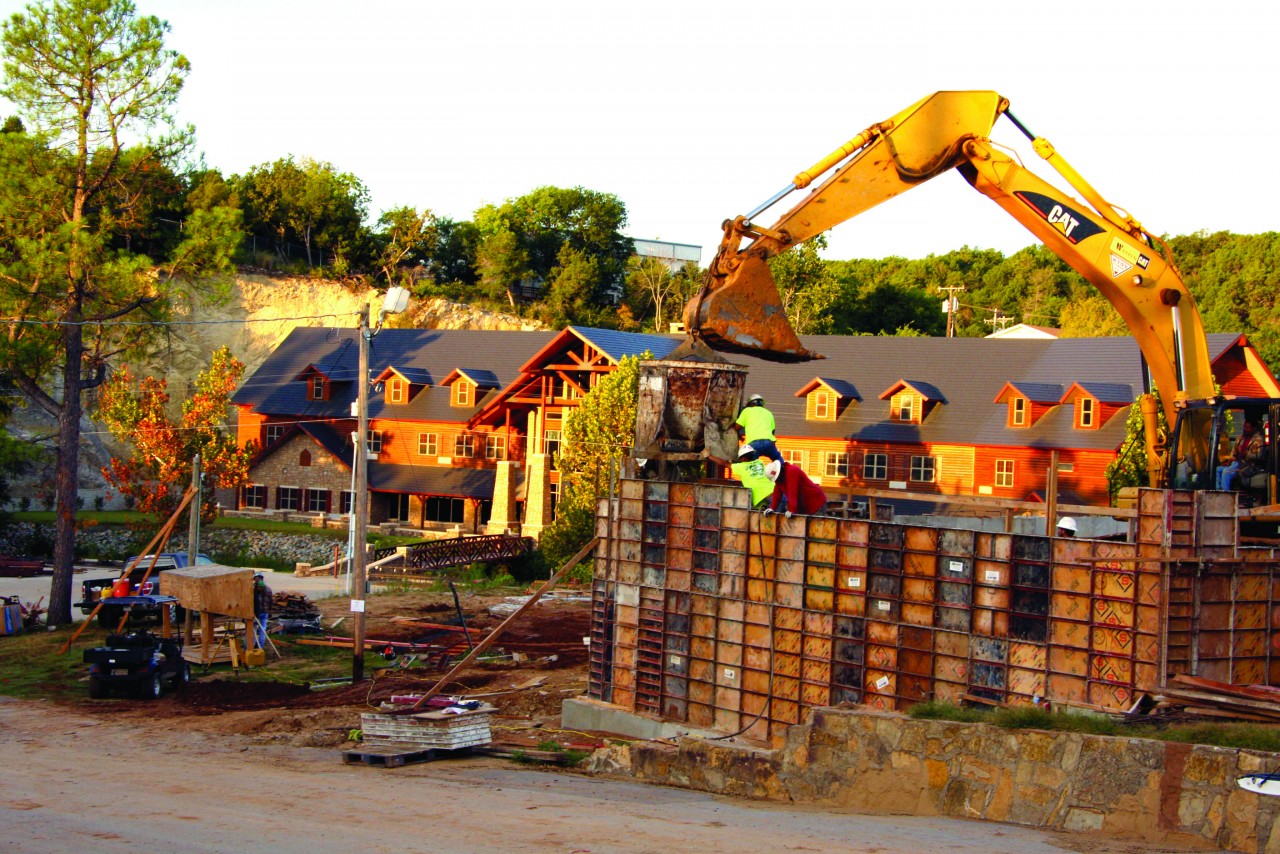 Connected to the Falls Creek Centennial Capital Campaign, construction has begun on the Mathena Family Event Center, the Thompson Family Lodge and the Jordan Welcome Center.

DAVIS—Falls Creek Conference Center was the setting for the Sept. 23 board meeting for the Baptist General Convention of Oklahoma (BGCO), and there could not have been a more appropriate locale. With signs of construction happening on the grounds, board members heard reports and approved motions that reflected positive work being done by Oklahoma Baptists.

The BGCO’s 2015 financial plan was adopted at the meeting, showing next year’s 2015 Cooperative Program (CP) objective be adjusted to $25,412,000, a five percent decrease. Also the board approved the CP objective be distributed in three tiers, 40 percent to the Southern Baptist Convention, 45 percent to the BGCO and 15 percent to BGCO affiliates (Oklahoma Baptist University, Oklahoma Baptist Homes for Children, Baptist Village Communities and the Baptist Foundation).

The financial plan, which will be published online at www.bgco.org, will be discussed at the 2014 Annual Meeting at Oklahoma City, Quail Springs on Nov. 10-11.

Board members also were able to see the new construction projects happening at Falls Creek, including the Mathena Family Event Center, the Thompson Family Lodge and the Jordan Welcome Center. These facilities, made possible by donations connected to the Falls Creek Centennial Capital Campaign, will greatly enhance the ability to host events of all sizes throughout the years.

Anthony L. Jordan, BGCO executive director-treasurer, emphasized that Oklahoma Baptists can get involved prayerfully and financially in the Centennial Campaign, which also works to pay off the remaining debt for the R.A. Young Tabernacle project. “Through the Downing matching gift, people who give $50, their gift becomes $100. Those who give $500, their gift becomes $1,000 and so on,” he said. At the conclusion of September, approximately $1.9 million in debt remains on the Tabernacle. 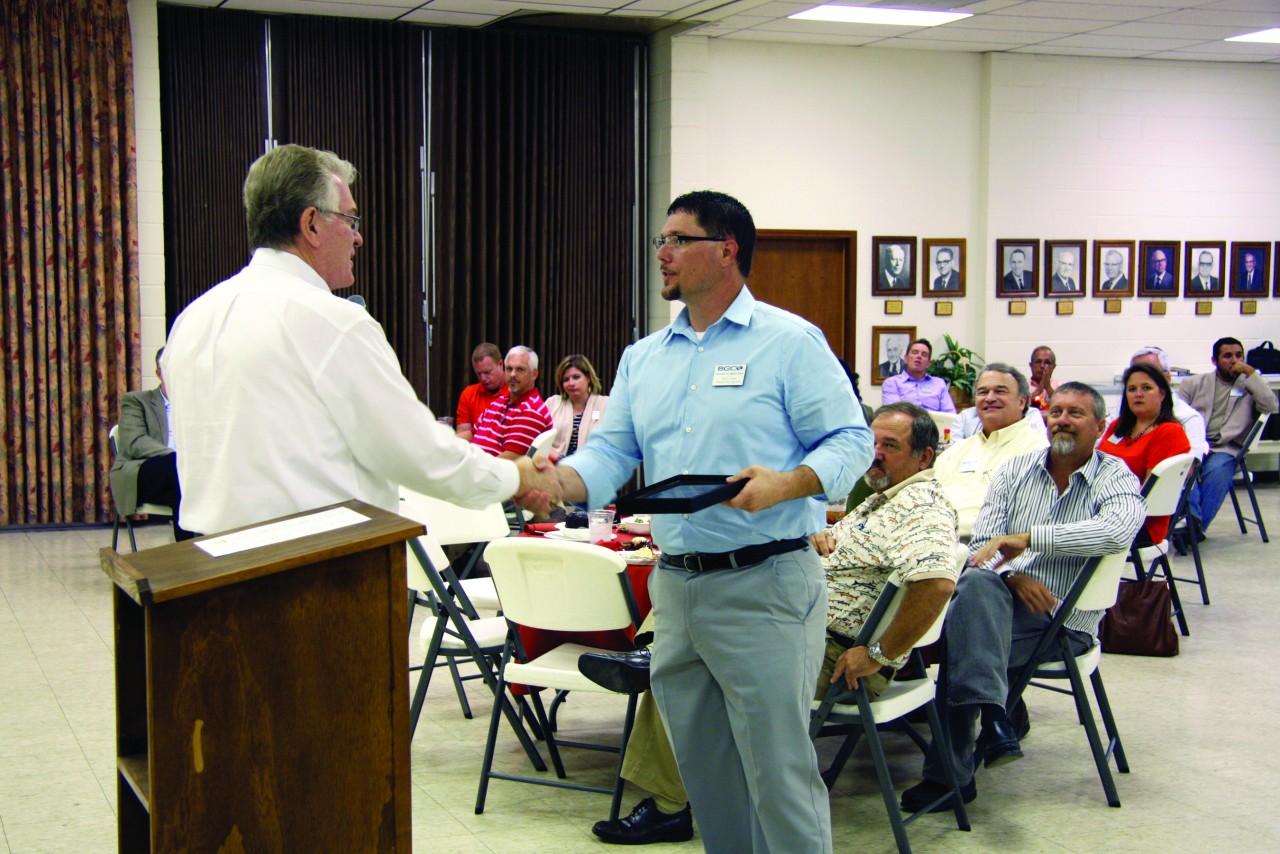 BGCO Executive Director-Treasurer Anthony L. Jordan, left, recognizes Scott Reed, pastor of Cache, First, for his service on the BGCO board. All outbound board members were recognized.

“By the conclusion of these capital campaigns, we will have done more than $55 million in construction and improvements at Falls Creek,” said Jordan. “Behind these numbers and facilities are changed lives, people who heard and responded to the Gospel.” Jordan also gave an update on the waste water treatment facility.

Board members also heard reports of the progress of CrossTimbers children’s mission camp that finished its second year at its new location near Falls Creek near Davis. CrossTimbers increased its numbers of campers and decisions made. The summer’s 10 sessions totaled 3,720 campers and 281 professions of faith. Since CrossTimbers has more than doubled the number in attendance, an added session for next summer is being planned.

In his executive director’s address, Jordan emphasized the Oct. 20 Day of Prayer and Fasting that will be observed at Moore, First.

Jordan mentioned how Oklahoma, where Southern Baptists rank as the largest denomination, continues to rank high in every moral bankrupt issue in society. He said he mentions this spiritual dilemma not to hurt but to humble. He said he wants to help Oklahoma Baptists realize “we serve the Lord God the Almighty,” to encourage Christians to not cave in but to push back. “But how do we do it?” he asked. 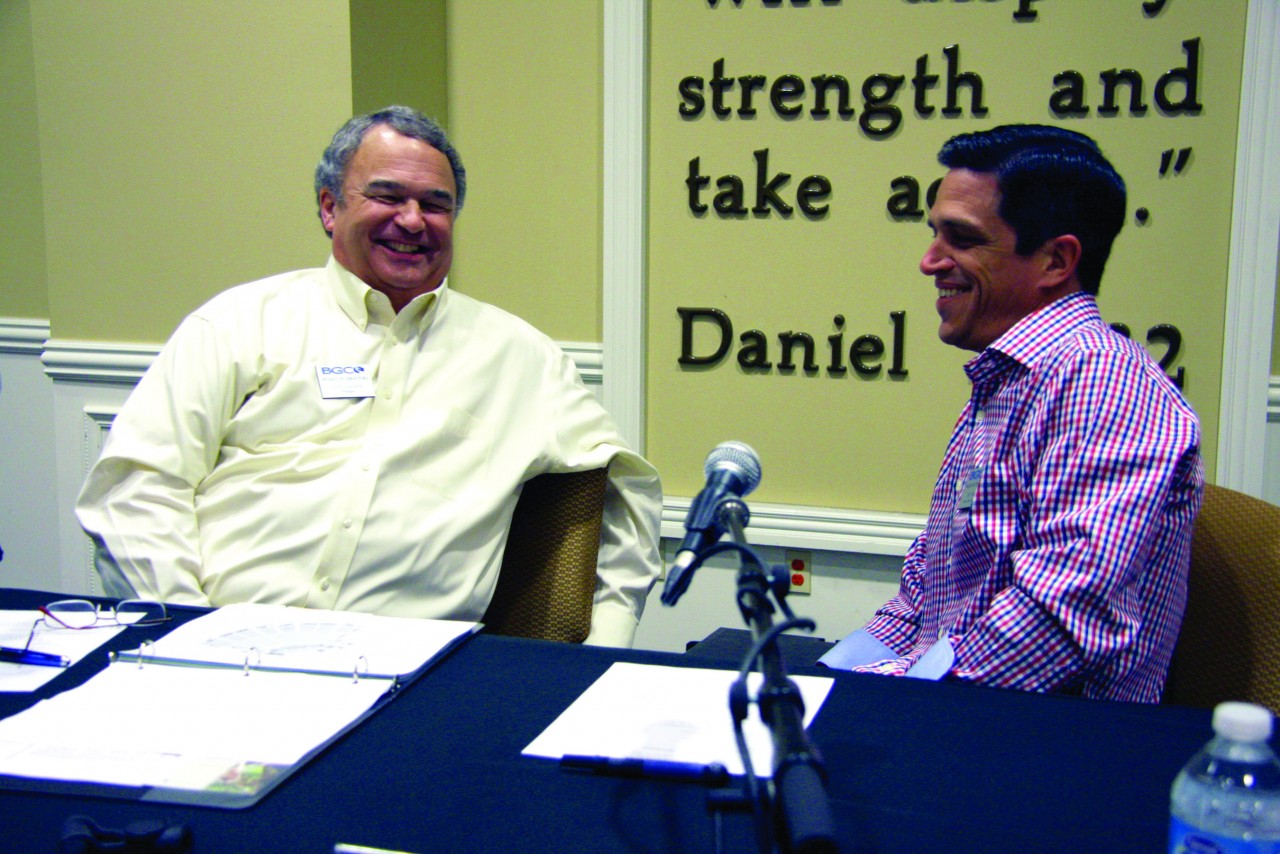 Emphasizing the example of Nehemiah when the Old Testament leader learned of the conflicts and demise of Jerusalem, Jordan said he professes the same conclusion Nehemiah made, saying in “Jordanian” version, “I’ve had enough of this. We serve the God Almighty. We don’t need to bow to the enemy; we need to stand up and make a difference.”

Jordan talked about the action Nehemiah took after observing Jerusalem saying, “He fasted; he prayed; and he wept and mourned for days. Maybe that’s what we ought to do. I really think that’s the answer.”

Board members voted to approve a request by Baptist Village Communities (BVC) for authorization of construction and financing of the Neighborhoods at Baptist Village of Elk City. This new community that BVC is building will be located across from Elk City, First, as the church donated approximately five acres to BVC.

Other recommendations board members voted to approve include the BGCO entering into a capital campaign for the cost of construction of the new Baptist Collegiate Ministries building at the University of Oklahoma and capital campaign expenses. Another approved motion involved the BGCO’s capital campaign efforts for construction costs of a new disaster relief facility on property provided by Moore, First.