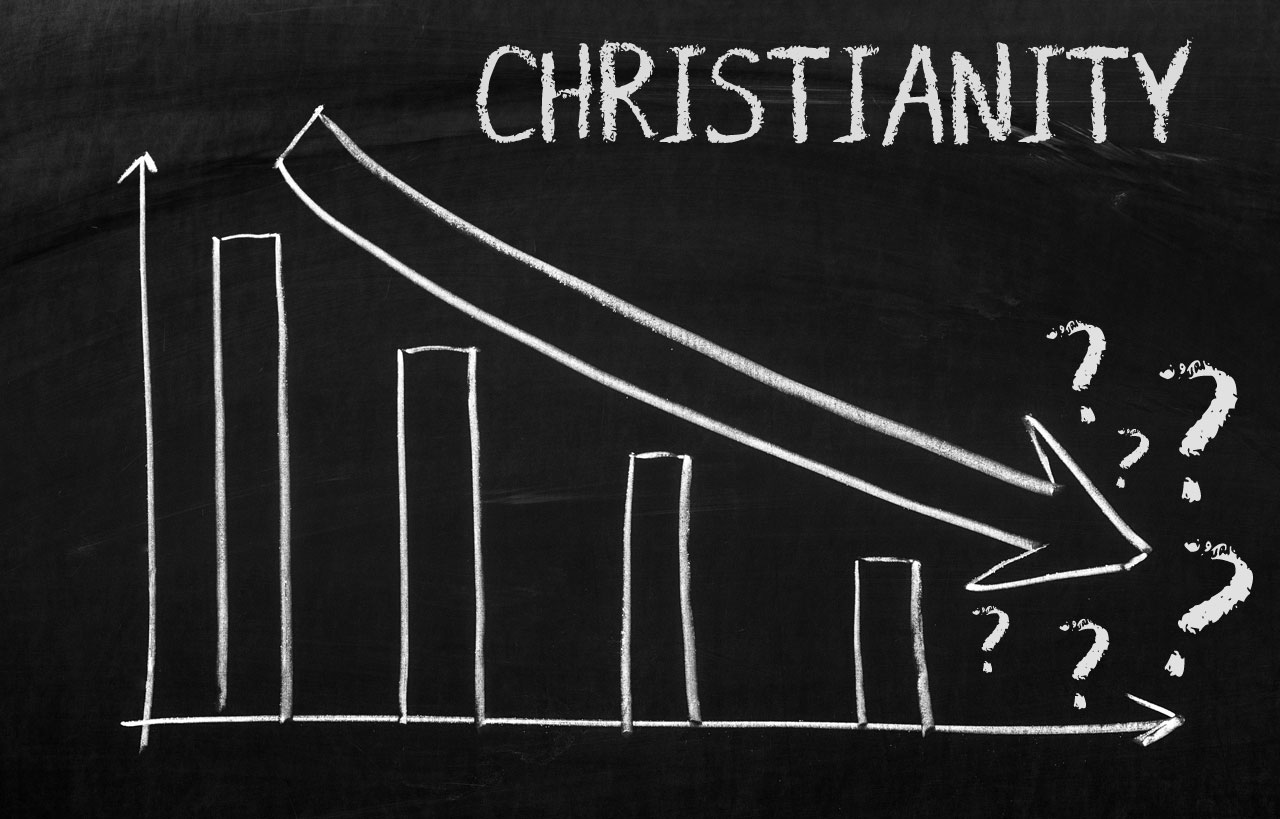 The headlines and “talking heads” were captivated by a new Pew Research Poll that reveals Christianity in America is declining.

It is true that liberal mainline Christianity that stands for nothing and, thus, offers nothing, is in steep decline. Just as true is the decline of cultural Christianity, which has infected even the most conservative and biblical churches. What the news commentators missed is the reality that biblical evangelical Christianity is alive and well.

The kind of empty religion Moore describes attracts few. The rise of those who self-identify as “nones” or “religion-less” is a loud declaration that people are not interested in phony-baloney religion that demands nothing and changes nothing. This attitude shouldn’t trouble us; we are in agreement. In horseshoes, if no one gets a ringer, the player closest to the stake wins, but we aren’t talking horseshoes. Near-Christianity is an “almost, but lost” reality. Getting close enough to the Kingdom to identify with its language, but defying its demands, is to miss Heaven by an eternal mile. You can fake it, but you will not make it. Near-Christianity will leave you separated from the Eternal God for eternity.

We can examine the failure and tenets of near-Christianity and learn a few things. For me, it is far more instructive to reexamine the real Gospel and recommit myself to declaring its Truth. So, I want to remind us of some important truths that counter forms of Christianity that are dying and always will die.

True faith is about a transforming relationship, not a decision or mental assent to a set of truths. Jesus powerfully demands that people who are His true disciples deny self, lose their lives, and give up all to follow Him. Jesus did not call people to add Him to their lifestyle or as a good idol to place alongside their self-centered life. He demanded that we jettison self-focus by repenting, not just of sins, but of the sin of rebellion and self-life. As Bonhoeffer clearly stated, He “bids us to come and die.” This statement is the best antidote to cultural or near-Christianity. Becoming a follower of Jesus is not another check on your bucket list of good things to do in life.

I have been reading afresh the book of Acts with particular focus on the preaching of the Apostles. I wish I could say modern preaching as a whole reflects what I am reading. First Century preaching was raw, strong, and confrontative. The preaching of the Apostles is called the Good News over and over again; yet, key elements are sin, judgement, repentance, faith, and baptism. To follow Jesus was to sign up for persecution and rejection by the culture as a whole. The Apostles’ message was not a call to be better liked by the culture or embraced by the people at large, but it was a call to be counter-cultural. This message is the Gospel that changed the world.

True Christianity is not dying. Biblical faith is not on the decline. Near-Christianity is dying, and praise the Lord! I would suggest we would do well to walk away from a feel-good gospel that is no gospel at all and instead preach the Apostles’ message found in the book of Acts. This Good News Gospel will transform lives and looks a lot different than the dying cultural Christianity exposed in the Pew Research Poll.