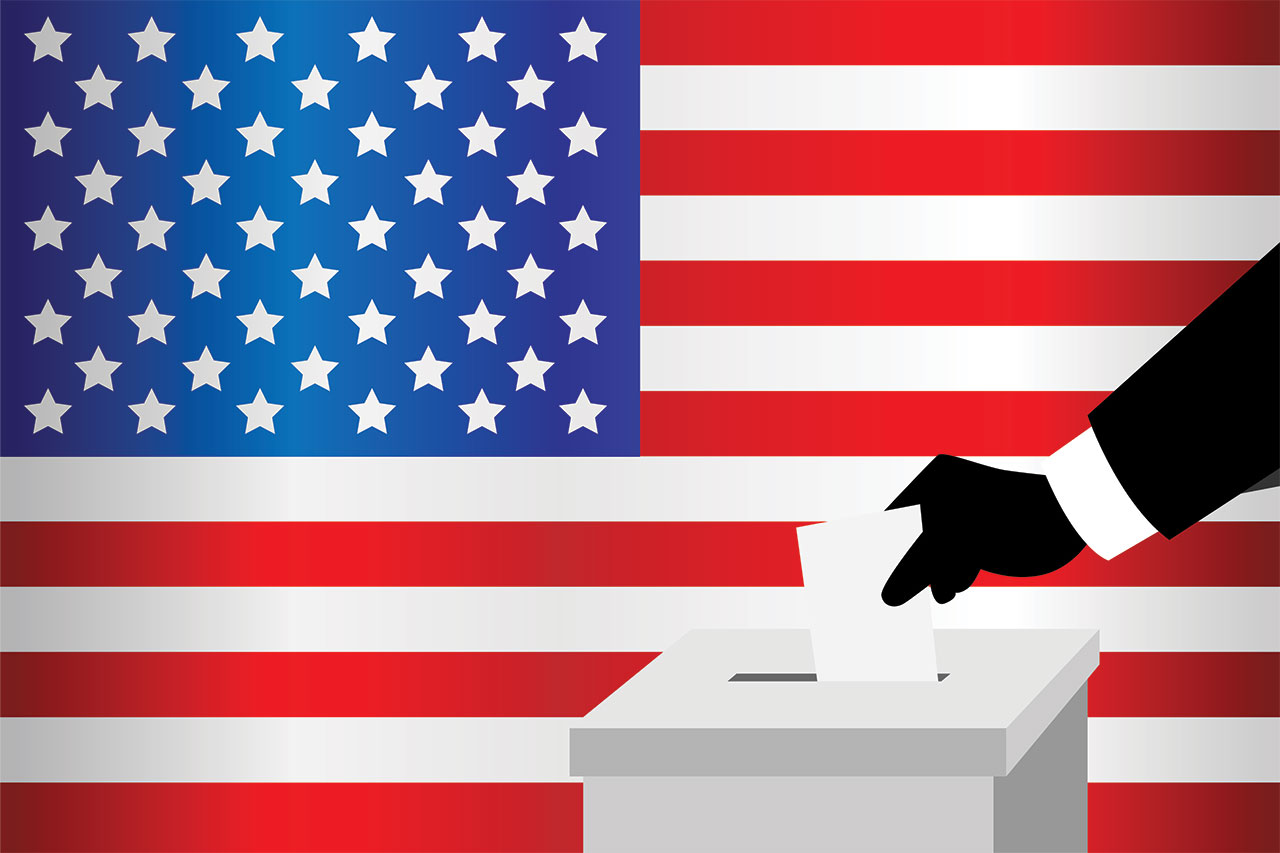 I have had the privilege of traveling to many countries across the years to preach, teach and minister in the name of our Lord. After visiting nearly 40 countries, one conclusion is irrefutable in my mind and heart—I am always thankful that God has privileged me to live in and be a citizen of the United States of America!

Even at our worst, America is the greatest nation on earth, and her citizens have more rights and privileges than any other nation on earth. Those rights are to be cherished, protected, and practiced.

In a few days, we will have the opportunity that few people across the globe have. Americans will be given the privilege to go to the polls and vote in a free election. When we walk into the polling booth, we can vote for any candidate and make decisions on vital issues on the ballot without hindrance. No one can dictate our decisions. As Americans, we are free to follow our conscience (for Christians, informed by the Holy Spirit) as we mark our ballot. What freedom!

On Nov. 8, we will exercise this right and freedom to vote accorded us by the blood of thousands of men and women who paid the ultimate price for our right to live in this free nation. To refuse to exercise this blood-bought freedom would be a travesty of gigantic proportions.

I know the temptation to not vote is strong. We have never, in my lifetime, faced such a difficult decision as the American people vote on the office of president. Whether Democrat or Republican, the nominees are as flawed by lies, corruption and moral failure as we have ever seen. There is great temptation to just stay at home, declaring neither fit to be our leader. However, one of these flawed individuals will be the next leader of our nation and free world. To refuse to vote because of the remarkable bankruptcy of choices is still failure and default in regard to one of our greatest freedoms.

My purpose now, nor ever in the past, is not to endorse a political candidate. I have chosen rather to focus on the issues that pose the greatest threat to our biblical and Christian worldview, moral and ethical issues and religious freedom. The choice in 2016, in regard to the presidency, would “make a grown man cry.”

Some people will not like my words, but our choice is really between two individuals who have demonstrated, clearly by actions and words, disregard for much of what we, as Christians, believe. One candidate says “religion must change” in regard to issues clearly addressed in the unchanging Word of God, such as abortion, homosexuality, same-sex marriage, and this candidate has consistently lied to the American people. The other candidate, while often verbally standing right on these issues, has demonstrated little or no knowledge of religion, acted in ways contrary to biblical morality and has demonstrated a clear aversion to truth just as the other candidate.

So the choice is dark, but remember, one of these candidates will be president. The next president will choose perhaps as many as three Supreme Court justices and determine the direction of our laws for the next 25 years. The next president will also make choices of federal judges. Regarding the judiciary, one candidate has declared a resolve to appoint judges who will protect abortion rights (including late-term abortion, which is infanticide), same-sex marriage and a very activist agenda that finds new laws in the constitution rather than interprets the constitution. The other candidate has declared a position of finding judges who interpret the constitution rather than legislate new laws from the bench and who reject the above-mentioned positions in regard to abortion and same-sex marriage. You must decide whether this is a true statement of the candidate’s position. You must also decide which view most reflects your Christian worldview. No one decides that for you. You will walk into the voting booth and make this decision on your own.

But the presidency is not all that is at stake during this election. The down-ballot decisions are just as important. The people who represent the American people in the House and Senate are incredibly important to the future of this nation. These representatives and senators make the laws and keep the President, no matter who is in that office, accountable to the American people. Oklahomans will elect many members in the state House and Senate, and these men and women will determine the future of our state. Dozens of local officials, from county offices to school boards, will be elected, and these elected officials will be a part of determining the quality of life we, our children and our grandchildren will enjoy. These elected officials cannot be ignored. We must elect people who respect the Christian principles we cherish.

No year, in my memory, holds such importance in regard to state questions in Oklahoma. Ballot initiatives from the populace, and some passed on by the legislature, make this a mind-boggling year that demand from us research to make informed decisions. In each case, significant changes could come to our state because of these state questions.

I have not engaged in state questions with the exception of two. A YES vote on State Question 790 removes an antiquated law that restricts religious freedom. I then personally urge you to consider a NO vote on State Question 792, which makes the most widely-used drug in Oklahoma and America—alcohol—more accessible. While I have opinions, like you, on the other state questions, these two reflect historic Baptist positions that I believe are worthy of our action.

In the end, the decision is yours. There will be losers and winners because you vote—or choose not to vote. We may not like the choices, but they are what they are. I, for one, want to be a part of the decision of who will govern us in the next four years and what laws will govern us. I urge you to exercise your blood-bought right and go to the polls to vote on Nov. 8!