Paul in Athens: The backstory you never knew 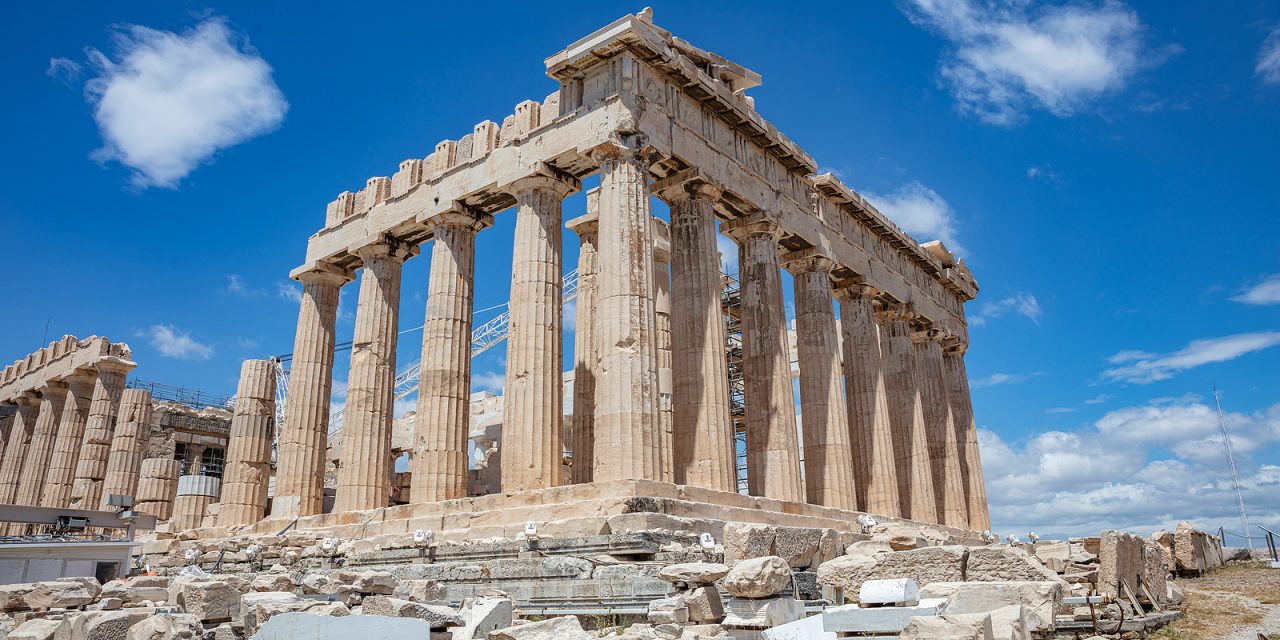 My absolute favorite missionary story in the Bible is the account of Paul preaching the Gospel in Athens. I like it because once you know a bit more of the backstory, you see the great missionary insight with which the Apostle was blessed. Also, we see God’s sovereignty in history.

You know the story of Paul preaching on Mars Hill, but reread Acts 17:16-34 again closely. I want to show you something you may not have known before.

Reading in the Acts passage, we see Paul arriving in the city after preaching in Thessalonica and Berea. Paul saw Gospel response in these cities, and because of that, he was persecuted by the Jewish leaders who didn’t want him to preach that Jesus is the Messiah. The pressure mounted so much on Paul that he could not continue in these places. So he went ahead of his traveling companions to Athens. He sent for Silas and Timothy to join him as soon as they could.

“Now while Paul was waiting for them in Athens, his spirit was being provoked within him as he observed that the city was full of idols. So he was reasoning in the synagogue with the Jews and the God-fearing Gentiles, and in the marketplace every day with those who happened to be present” (vv.16-17).

While he was waiting for Silas and Timothy to arrive, Paul hung out in the marketplace witnessing. We see that Paul had kind of a “Maalox moment” while observing all the idols, but I like to think that a bit of a smile came to his face when he received the inspiration for how to advance the Gospel in Athens.

I love this part of the story because once you know the backstory, it shows how well Paul was prepared by God to preach in Athens.

“And some of the Epicurean and Stoic philosophers as well were conversing with him. Some were saying, ‘What could this scavenger of tidbits want to say?’ Others, ‘He seems to be a proclaimer of strange deities,’—because he was preaching Jesus and the resurrection. And they took him and brought him to the Areopagus, saying, ‘May we know what this new teaching is which you are proclaiming? For you are bringing some strange things to our ears; so we want to know what these things mean.’ (Now all the Athenians and the strangers visiting there used to spend their time in nothing other than telling or hearing something new)” (vv.18-21).

Athens was not just a highly populated metropolis; it was also a spiritually crowded city. There was a saying in those days that, “in Athens, there are more gods than men.” Imagine a city with temples, shrines and votive niches on every corner and in nearly every wall. The Greeks had temples to their pantheon of 12 gods. Here is a list of them. But they also had hero cults, mystery religions, practiced veneration of ancestors, and even worshipped the Agnostos Theos, or the “Unknown god”.

What happened next is the best part, in my opinion. Paul was asked to explain his “new teaching” (v.19) in the Areopagus.

“So Paul stood in the midst of the Areopagus and said, ‘Men of Athens, I see that you are very religious in all respects. For while I was passing through and examining the objects of your worship, I also found an altar with this inscription, ‘TO AN UNKNOWN GOD.’ Therefore, what you worship in ignorance, this I proclaim to you.”

You have heard this part before, no doubt. And you may also know that Paul is about to quote an ancient poet and philosopher named Epimenides (c. 600 B.C.) in his sermon, using the line, “for in Him we live and move and exist” from one of his poems.

Backstory to Paul’s message you may not have known

Something about Epimenides you may not have known before, (at least I didn’t) is that he is none other than the “prophet” that the Athenians believed once saved Athens from a great pestilence. We don’t know much about the exact nature of the pestilence, perhaps an ancient COVID 19 or something broke out in Athens in 600 B.C. But we do know that Epimenides is credited for helping them solve the problem with a bit of spiritual advice for them to make sacrifices to the unknown god.

Read for yourself from Diogenes Laërtius and his book, “Lives of the Eminent Philosophers” where he tells the backstory about Epimenides that I have been talking about.

“Hence, when the Athenians were attacked by pestilence, and the Pythian priestess bade them purify the city, they sent a ship commanded by Nicias, son of Niceratus, to Crete to ask the help of Epimenides. And he came in the 46th Olympiad,1 purified their city, and stopped the pestilence in the following way. He took sheep, some black and others white, and brought them to the Areopagus; and there he let them go whither they pleased, instructing those who followed them to mark the spot where each sheep lay down and offer a sacrifice to the local divinity. And thus, it is said, the plague was stayed. Hence even to this day altars may be found in different parts of Athens with no name inscribed upon them, which are memorials of this atonement” (BOOK I p115,117 CHAPTER 10).

Fast forward to first century Athens, there we read about how Paul was standing in the Aeropaus in the very place where Epimenides stood centuries before telling them to build altars and sacrifice to the unknown god so they could be saved. Now Paul has been invited to speak there, but this time Paul is pointing to these same altars saying in effect, “You have ignorantly worshipped this unknown god who once saved your city back then, and I am His messenger here to tell you exactly who He is.”

Wow! Once you know the history about the altar to the unknown god referenced by Paul, some new insights come into focus.

Three insights from the backstory of Paul’s Preaching in Athens

To think that God doesn’t waste a thing that happens in human history, I believe God was at work long before Paul arrived and created the situation that caused the Athenians to place those altars in their city. Paul put it this way to them,

“From one man he has made every nationality to live over the whole earth and has determined their appointed times and the boundaries of where they live” (v.26).

God put the Athenians in Athens, and He put the answer right under their noses. In the right moment of history He sent Paul to this people group. He sent Paul to tell them that God sent a sacrifice to save them, but it wasn’t the sheep that Epimenides had them sacrifice that saved them. It was the Lamb of God, who offered the atoning sacrifice.

As Paul preached to them,

“So having overlooked the times of ignorance, God is now proclaiming to mankind that all people everywhere are to repent, because He has set a day on which He will judge the world in righteousness through a Man whom He has appointed, having furnished proof to all people by raising Him from the dead” (vv.30-31).

In God’s providence, you are placed where you are to serve God’s plan. Not a moment of your life will be wasted; He will use it to bring Him glory if you will allow it.

When I first read this passage in Acts as a younger man, I thought, how clever Paul was that he could randomly notice an altar to an “Unknown God” and use it to help him introduce the Gospel to the pagan Athenians. To me it looked like Paul was a master of spin, and thinking on his feet, he was able to come up with a great angle to create an attention-getting opener to his sermon to the Athenians.

But the truth is, God used the education of Paul and his knowledge of Greek history and thought to prepare him to preach to the Athenians. We don’t know how Paul knew about the Epimenides or the backstory on the altar to the unknown god. But I imagine Paul, as student of Gamaliel may have learned about this as part of his studies. If so, he probably wondered why he had to learn anything about the Greeks and perhaps read poems and stories by Epimenides to complete his studies. What did that have to do with God’s purposes?

Your own experiences are part of how God has shaped you to be a witness for Him. Lean into your background and experiences, God can use them to bring Him glory and salvation to others.

What I didn’t know about Paul before learning this history, was that there was some serious missionary discipline behind his decision to begin his message by talking about the altar to the unknown God. I don’t mean to argue that Paul took a class in missiology and that enabled him to be a great missionary. I believe Paul was a great missionary, and his ministry has helped missiologists understand missiological principles that were true then and are still true today.

Learn more about how Paul used the missiological principle of the redemptive analogy in the book Eternity in their Hearts. Also read this interesting paper Paul and the Philosopher, by Timothy A. Brookins

I hope what I have shared is helpful to you. Maybe you are like me; you knew the story of Paul preaching on Mars Hill, but this historical understanding has deepened your appreciation of God’s sovereign hand in history and in how he shaped Paul as a missionary.  Hopefully it also has encouraged you to advance the Gospel in your community.