KNOXVILLE, Tenn. (BP) – Pat Summitt, the winningest coach in NCAA basketball history who professed her faith in Christ four years ago through baptism, died today (June 28) at age 64 after a five-year battle with Alzheimer’s disease.

Summitt, coach of the University of Tennessee women’s basketball team from 1974-2012, was a member of Faith Promise Church, a Southern Baptist congregation in Knoxville, Tenn. Her pastor, Chris Stephens, told Knoxville’s NewsTalk 98.7 June 27 she would “probably pass into heaven in the next few days.”

Stephens led listeners in prayer during a five-minute interview, praying, “I knew her as one of Your followers. She brought so many people to church, and there was such a side of Pat that so many did not get to see and know, but I did.”

Summitt and her son Tyler were baptized together in 2012, a “special moment they shared that outshines all the others,” according to a statement from the Pat Summitt Foundation.

“On this day, they decided together to go public with their faith and professed their love for and acceptance of Jesus Christ as their Lord and Savior. On this day, they created the ultimate and eternal memory, together,” the statement said.

Tyler Summitt said in a separate statement upon his mother’s death, “My mother first built her life upon a strong relationship with her Lord and Savior, Jesus Christ. Her foundation was also built upon love of her family and of her players, and love of the fundamentals of hard work which reflected her philosophy that ‘you win in life with people.'”

On the court, Pat Summitt was one of the most revered coaches in basketball. She began coaching the Lady Vols when women’s basketball was not sanctioned by the NCAA. Initially, Summitt earned $250 a month and had to wash her players’ uniforms, she told TIME in 2009.

“I had to drive the van when I first started coaching. One time, for a road game, we actually slept in the other team’s gym the night before. We had mats, we had our little sleeping bags,” Summitt told TIME.

Sherri Coale, women’s basketball coach at the University of Oklahoma and a member of the Women’s Basketball Hall of Fame, called Summitt “a trailblazer” for females in the world of college basketball.

“She was a pioneer who looked at everything as possibility,” Coale said in a phone interview with The Oklahoman. “She just found a way to make things happen. She’s a huge reason why women’s college basketball is on the stage that it’s on today.”

Summitt brought the Tennessee women’s basketball program to new heights as she earned 1,098 wins during her 38-year career. She never had a losing season, led the Lady Vols to eight championships and was named the NCAA coach of the year seven times.

Summit received the Presidential Medal of Freedom in 2012, the highest honor any civilian can receive in the United States. 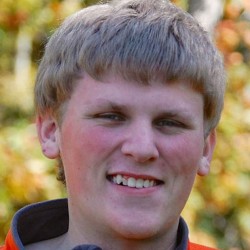 Daniel Woodman, who will be a junior journalism major at the University of Missouri, is a summer intern with Baptist Press, the Southern Baptist Convention's news service. BP reports on missions, ministry and witness advanced through the Cooperative Program and on news related to Southern Baptists' concerns nationally and globally.

View all posts by Daniel Woodman