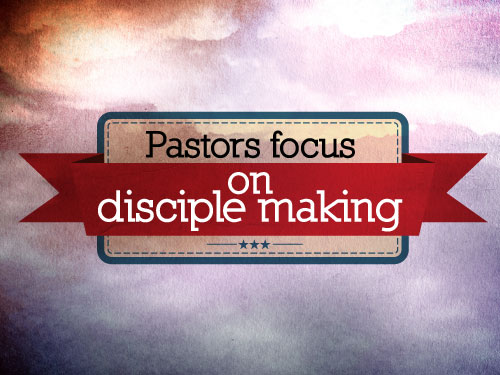 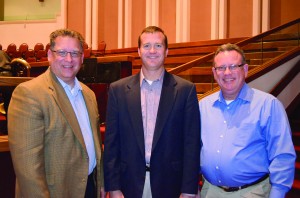 MOORE—Bemoaning the fact that churches are more interested in counting converts than developing devoted disciples of Jesus Christ, speakers at the 2012 Pastors’ Conference offered their insights on how to make 21st Century disciples Nov. 12.

Gathering prior to the Annual Meeting of the Baptist General Convention of Oklahoma at Moore, First, pastors and others heard messages from keynote speakers Russell Moore, dean of the school of theology and senior vice president for academic administration at Southern Seminary, and Jim Putman, pastor of Real Life Ministries in Post Falls, Idaho.

Additional speakers included state pastors Griff Henderson, Edmond, Waterloo Road, and Joe Ligon, Marlow, First, and layman Jerry Fine, a member of Oklahoma City, Northwest, who gave a testimony about the discipleship program he and his wife, Marilyn, developed called One on One with God.

Moore led off the conference’s morning session, focusing on Luke 22, where the disciples are arguing about their “place” in Heaven.  He then addressed personal service and ministry.

He added that the disciples were just like modern-day people.

“Most people (today) tend to think of Heaven as a high school reunion, where they reflect and reminisce,” he said. “That can be fun for a couple of hours, but you can’t do it forever, and that’s where most of us are disappointed and feel cheated when we look forward to eternity.

“We lead folks to believe Heaven is going to be one long choir practice, and they think that is boring. That’s because it is boring!

God has prepared believers for service in Heaven, Moore pointed out, referencing Luke 22:30, where Jesus says the disciples will judge the 12 tribes of Israel.

“You are being prepared for glory through your acts of service and ministry on Earth,” he declared.

A disciple-making church must be good at both offense and defense, said Henderson.

“We have to do more than just bring people into our churches,” he admonished. “We also have to go out. We come in to be strengthened, taught and discipled so we can go out and make a difference.”

Henderson noted that God blesses churches which focus neither on just coming in nor going out, but doing both.

Putman, who came out of a wild youth from which he sank into alcoholism and drug abuse despite being a star athlete in three sports in high school, and eventually went to college on a wrestling scholarship, said being religious and having a personal relationship with Jesus are not the same thing.

“We have been handed a box—the church,” he said. But, is this box really the church? I see three problems with the box.

“Instead, we create spiritual brats!”