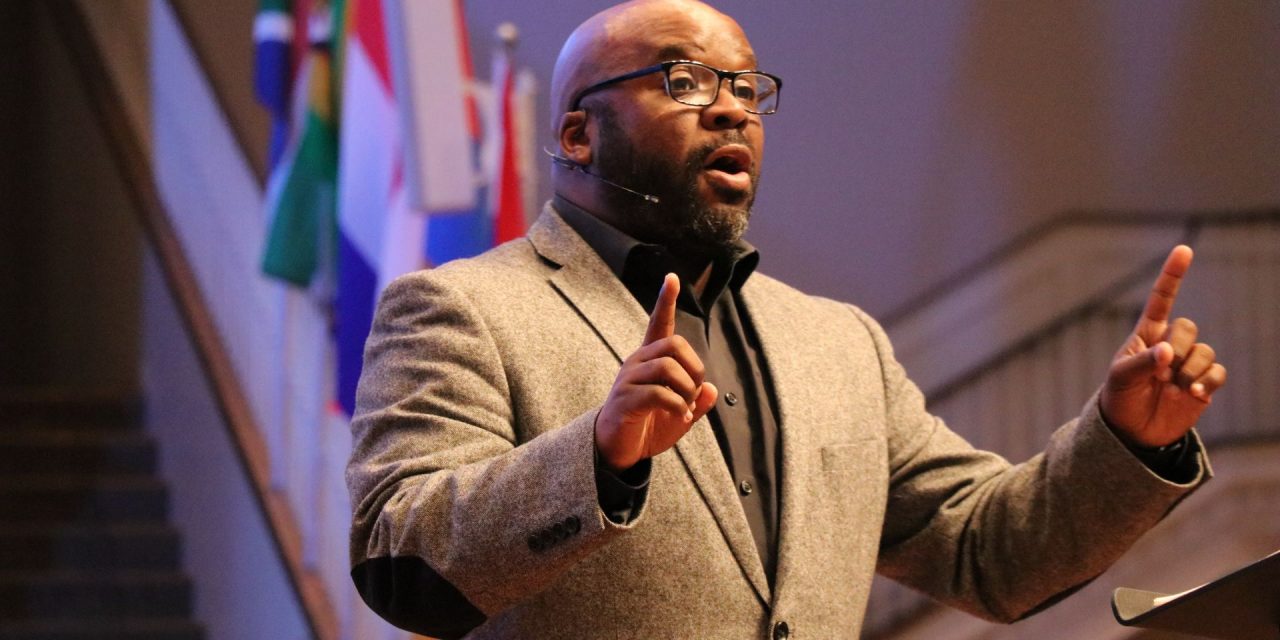 Oklahoma Baptists Pastors’ Conference President Nick Atyia found a fitting way to emphasize the event’s theme. At the end of the morning session, on Nov. 15, he led all attendees in singing the Doxology.

The theme for the Pastors’ Conference was “From Whom All Blessings Flow,” a passage found in Psalm 150 and also a key lyric in the Doxology, a well-known benediction for worship services. 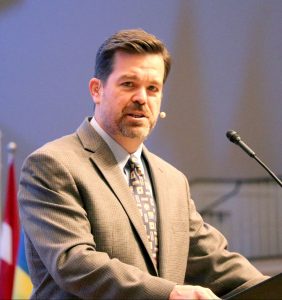 Finch opened the Pastors’ Conference with his message expanding on the meaning of worship, which he said can be more than the music portion of a church service.

“While it is obviously true that we can and should worship God in song, worship is so much more than just music,” Finch said. “As I understand, worship is anything we do that engages all of who we are to recognize, revere and revel in and praise God for all He’s worth.”

Emphasizing Rom. 12:1-2, Finch elaborated on how people should consider worshipping God in their lives.

“Everything that we are, all that we do and everything we say at all times, in all places should worship God,” he said. “Our whole lives are a spiritual act of worship, and that especially includes the preaching of God’s Word.” 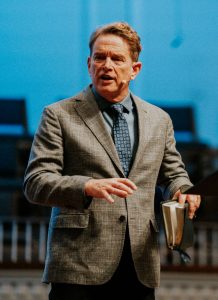 Quoting Mack Roark, former OBU professor and pastor, Selby said, “You outgrow some of your sins. You just get too old for them. But you never outgrow your sin.”

He then emphasized how churches find spiritual renewal. He said it comes with loving God supremely.

“Either we love God supremely,” he said, “or we love an idol. To sum up the idols that people love today, there’s probably four.” Selby stated the four idols were approval, comfort, control and power. 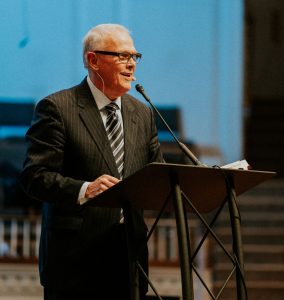 Moseley delivered a message that emphasized finding rest that Jesus gives, according to Matt. 11:28-30. He challenged pastors and conference attendees to learn how to get “real rest,” and he pointed out that “being with Jesus is more important than serving Jesus.”

On the command of taking the yoke that Jesus offers, Moseley said this is a call to discipleship, which he said means to adopt the lifestyle of Jesus.

“Any yoke other than the yoke of Jesus leads to bondage,” he said.

Moseley concluded with offering his testimony of recovering from addictions that caused him to step away from serving in full-time ministry. But thankfully, God allowed him to return to serve in ministry, and he said, “God has given me a message. It’s a message of hope.” 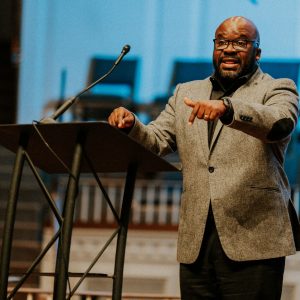 Preaching from 2 Tim. 3-4, Charles challenged pastors to be committed to preaching the Word of God.

“Every pastor of every church will find himself at a fork in the road,” he said. “You have to make the decision to follow the truth or follow the times.”

Charles pointed out how Paul’s instructions to Timothy are relevant to today, especially as listeners “turn away from hearing the truth,” as emphasized in 2 Tim. 4:4. He said, “Faithful ministry requires steadfast confidence in God’s Word.”

Charles elaborated on the importance for preachers to preach the Word of God, regardless of circumstances at their churches. 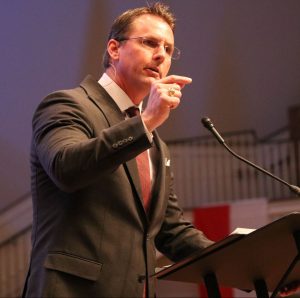 Staton was the final preacher at the Pastors’ Conference, speaking on a passage in Habakkuk 3. He said pastors and church leaders today could relate to Habakkuk who had “a weary heart and a crushed spirit.”

He encouraged attendees to follow the model of surrender that Habakkuk observed. He said believers should still enjoy salvation and the strength that Christian believers possess.

“My dear weary pastor,” Staton said, “do your people know of you that you have something that no pandemic can steal? Do your people know that you have something burning deep within your soul that cannot be put on a resume? Some of you pastor churches, and people don’t know who you are, and you feel like you’re obscure, and you wonder sometimes, ‘Does anybody know that I’m here?’ The only One Who counts knows where you are!” 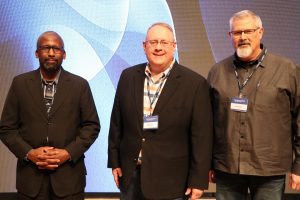