Pardoned to proclaim: Jones serves at Sand Springs church after 23 years in prison

He was sentenced to life for second degree murder when he was 15 years old. Now, after serving 23 years in prison, Jason Jones is starting a new role as community outreach pastor at Sand Springs, Church That Matters. When Pastor Rusty Gunn was asked how Jones is able to be on his staff, he answered, “That’s how God works!”

“How many churches can say they have an ex-murderer on their staff?” Gunn asked rhetorically. “I say ‘ex-murderer’ because Jason is no longer that person. He is a new creation in Christ. And God is using his story and his past as a redeemed man to reach people for Christ.”

Jones’ story is one of redemption as God worked in his life, even at an early age, to serve in ministry, but most of Jones’ maturing stage happened in an unconventional setting.

Growing up in a dysfunctional home life, Jones was exposed to alcoholism at an early age. He also experienced abuse, which affected his behavior and attitude. At 15, he was sent to a drug rehab center, where he felt he didn’t belong and ended up taking the life of a security guard.

Charged as an adult, Jones was sent to prison and was the youngest inmate at the facility. He got involved with prison gangs, mostly to get protection. “If you’re not sided up with somebody, you become a victim,” he said to explain his involvement with gangs.

Because of his age, Jones was too young to work in prison, so he took classes for three years to work toward getting his GED diploma. Reflecting on his first 13 years in prison, Jones described his life as being miserable.

In 2003, things became different for Jones. He attended a prison ministry event that, through the grace of God, changed his life. 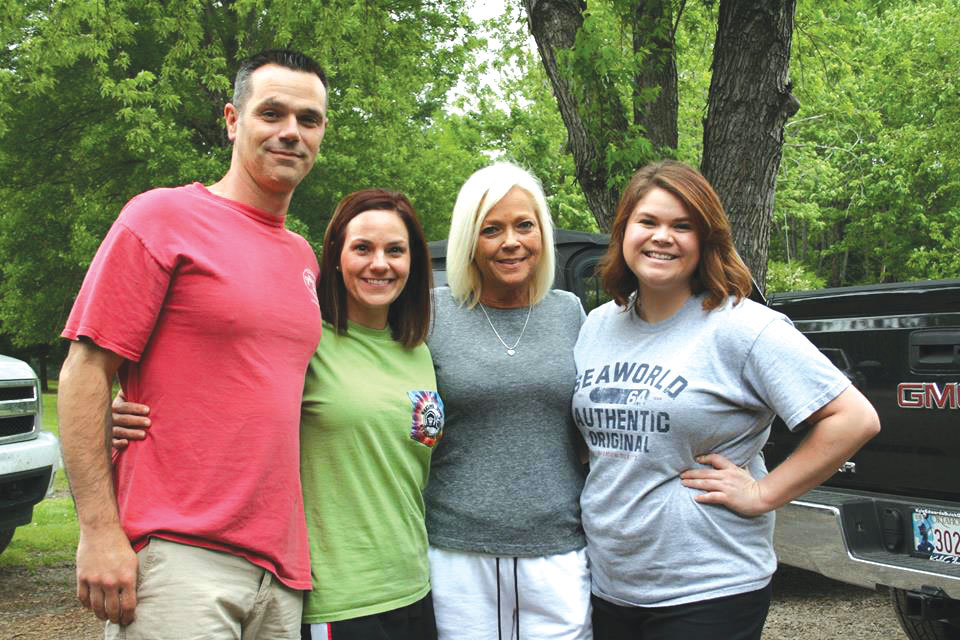 Jones made a profession of faith in Christ when he was 9 years old. His grandparents were the spiritual influence in his life and would take him to church when he stayed with them. Unfortunately, he did not have any other spiritual nurturing until he was 28 and met Justin Chapman, a pastor who had regular meetings with Jones in prison for discipleship.

Jones was sold out for Christ and was placed in different positions to minister to other inmates. In 2008, he was up for parole and received all five votes from the parole board. However, the governor rejected his release. This did not discourage Jones.

“Scripture talks about being content in whatever situation you are in, and that’s where I was at in my life,” Jones said. “I found contentment and purpose serving God inside a prison. It got to the point where I was content to spend the rest of my days in prison as long as I got to serve Him.”

Jones was transferred to Joseph Harp Correction Center in Lexington.

It was here that Jones got involved in what he called “an awesome inmate-led church.”

The church leaders approached Jones, and one said to him, “We heard about the ministry you were doing at other facilities. We want you to consider being a deacon in our church.”

Jones resisted at first, feeling he was undeserving to be in such a role as deacon. But the church leader was persistent and said to Jones, “I feel like God is telling me, it’s only a matter of time before He delivers you from here. You need this position to learn some skills that are going to be beneficial to you on the outside.” 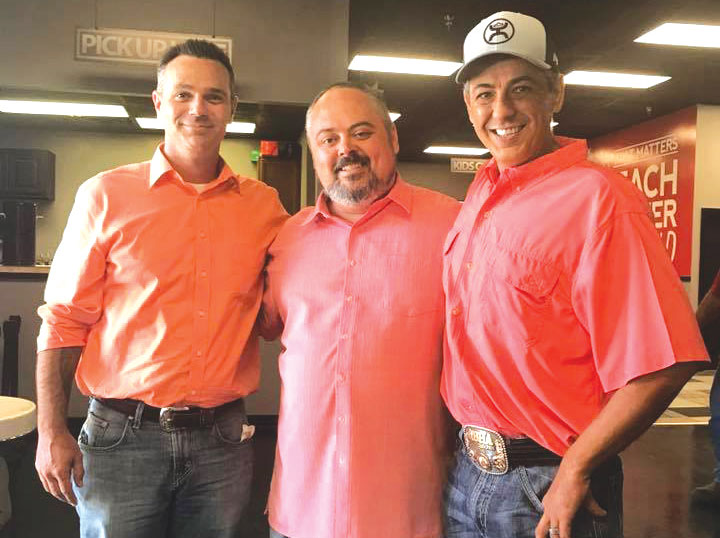 Jones embraced his role as deacon and also led a young men’s ministry. He said they started meeting once a month, averaging 5-10 young men in attendance. Before long, they were meeting once a week and averaging almost 40.

Ministry life in prison was successful for Jones. Another time came when the church leader approached him and said, “Don’t take this the wrong way, but God told me to get a replacement for you.” He told Jones that his time in prison will soon be over.

Jones did not believe him, but he did find a young man who would be able to follow in his footsteps.

Another interesting experience Jones had involved a phone call from his attorney’s secretary. She called him because her son got into trouble and would face jail time, and she looked to Jones to understand what her son might experience.

Later on, the secretary contacted Jones again. She told him, “I just want you to know your friendship means a lot to me. Because I know your story, I feel led to do something for you. I know the governor and go to church with her. I want you to know that I have a lunch meeting with her to talk about your parole.”

“I started crying,” Jones recalled. “To see God’s hand in all the stuff I went through and see Him working, it blew me away. I was on my way home in about a month.”

In 2012, Jones once again received all five votes from the parole board, as well as the Governor’s approval.

Ministering as a free man

Eventually, Jones got involved leading a small group that resulted from a church split. The group was looking to him to be pastor, but Jones said this was becoming too much for him to handle and did not know what to do.

“I don’t know how to lead as a pastor,” he said. “I can teach people. I’m great at evangelism. But I don’t know what it is like to be a ‘point man’ in a new church.”

He eventually got in touch with the Church Planting Group of the Baptist General Convention of Oklahoma. Earlier this year, Jones went through a church planting assessment process. He said he learned a lot about himself, and it became clear to him that God had other plans than to become a church planter.

“Coming out of (the assessment process), I got a ‘not recommended’ voting, which I expected and was relieved in some sense,” Jones said. “They told me, ‘We are going to give you some information to help you grow in some areas of your life. We want you to know there wasn’t a pastor who was a part of the assessor group who wouldn’t consider having you on their staff. We want to partner you with Rusty Gunn at the Church That Matters in Sand Springs.’”

Jones said he met Gunn through the assessment process and had a good connection with the Sand Springs pastor. Though he was living in Muskogee at the time, he would make the trek to Sand Springs to be involve with the Church That Matters. 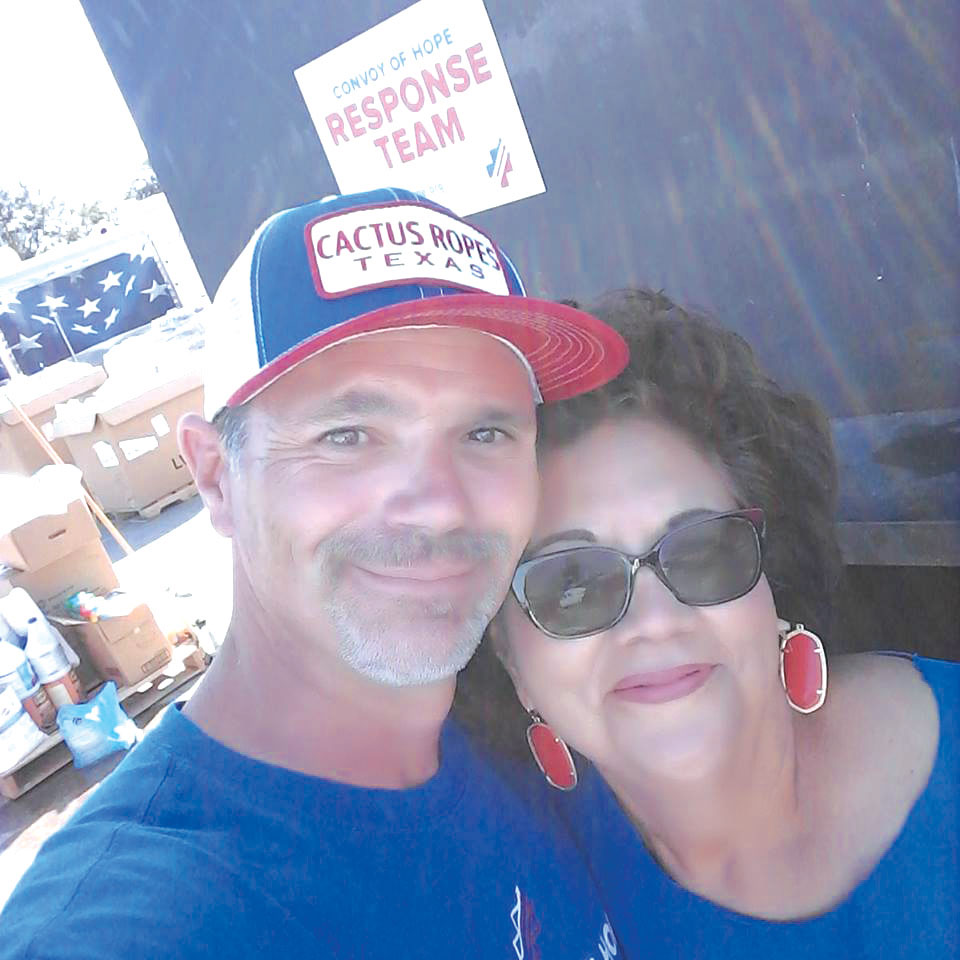 Jones and another volunteer in Houston serving those who were affected by Hurricane Harvey.

“I fell in love with that community in a short time, and to see the love the church has for the community and the work they put forth, this church is doing what the church is supposed to do,” Jones said.

A couple of month ago, Jones lost his job. Though he was discouraged, he thought God wanted him to go to Houston to help hurricane victims.

Gunn connected Jones with another pastor who was involved with Convoy of Hope, a ministry that was serving in Houston. Though Jones did not know this, Gunn was using this experience as an evaluation.

Gunn told his pastor friend, while serving in Houston, “Tell me how (Jones) does dealing with stress and conflict, dealing with people.” The pastor friend reported back to Gunn, “If you don’t bring him on your staff, I’m going to.”

When Jones got back from Houston, Gunn offered him a position on his staff.

“It became obvious that he is gifted and called to ministry but not to be a lead church planter,” Gunn said. “When I heard Jason’s story, the Spirit just burned in my heart. Our church is filled with people who have served time in prison. As I’ve talked to them privately there’s a shame they carry. I want to see them set free because that’s not who they are anymore. My thought was Jason would help others to be set free.”

Jones celebrated his five-year anniversary this month of his release from prison. He also has reconciled his relationship with his family, which includes four sisters and one brother.

And he is proclaiming the Gospel through sharing his story with others.