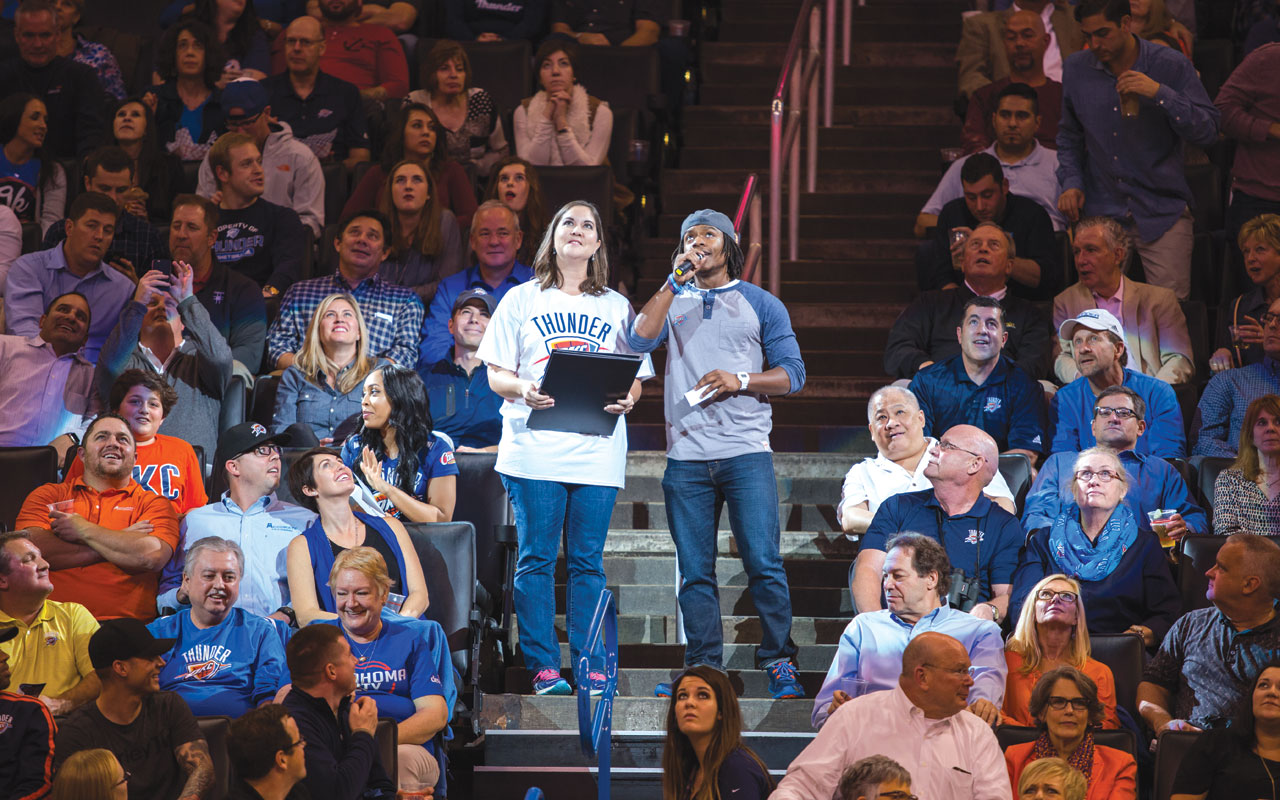 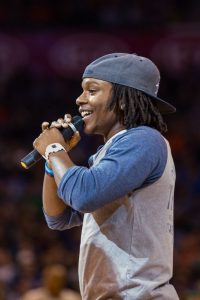 The movie “The Blind Side” is based on the true story of a young man in high school who was living on the streets. He is eventually adopted by a caring family who helps him become an NFL player.

Malcolm Tubbs isn’t a massive offensive lineman, but he can relate to Michael Oher’s upbringing. And though he is not a professional athlete, Tubbs is surrounded by them when he works as the on-court emcee during the Oklahoma City Thunder’s home games.

His story was reported in the Splurge OKC magazine. The publication shared how Tubbs lived with his grandmother while he was a student at Oklahoma City’s Putnam City West High School. His grandmother died when he was a freshman, and Tubbs had to go live with a cousin, who lived outside the P.C. West school district which hindered Tubbs’ school involvement. 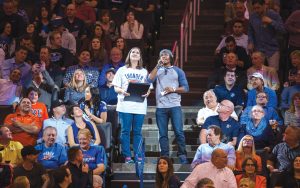 Tammy Jenson who teaches at P.C. West noticed Tubbs was missing school and looked into the situation. Tubbs said she and her husband John Jenson, who was the school’s athletic director, took it upon themselves to help Tubbs with rides to school.

As the Jensons got to know Tubbs more, they decided to take a major step and legally adopted him into their family.

“They have done so much for me,” said Tubbs about John and Tammy. “Before meeting them, I don’t know where I would be now. They have shown me compassion and, really, what is family, what it really means.” 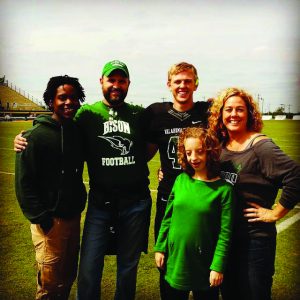 Now 22, Tubbs told Splurge OKC about his experience of auditioning with the Thunder as a “Storm Chaser,” the professional hype squad that helps get fans involved at Thunder games. The auditions involved a lot of physical drills and examinations of Tubbs’ ability to improvise and be engaging.

During an audition session, Tubbs was handed a mic and asked to do a mock player introduction. Tubbs made a great impression, which led him to an audition for the on-court emcee role. He won over the judges and made his first game performance in October 2014.

Now completing his second year with the Thunder, Tubbs is happy how things are developing for him.

“I wasn’t sure if I would go into sports or entertainment or radio,” he said. “Working for the Thunder helped me out a lot. It opened doors for helping me know what I wanted to do. I got to meet a lot of cool people. They helped me get to where I am now.”

Where he is now includes being a feature reporter on the Fox 25 (Oklahoma City TV station) morning news team. Before this TV position, Tubbs worked with Young Life as a mentor for students. He remains involved with Young Life, now as a volunteer.

“Malcolm has been involved with Young Life for a very long time,” said John Jenson, who now is on staff at Bethany, Council Road. “He can relate to so many different people, and when he gets a chance to speak at those events, people will always come up and talk to him afterward. People open up to him all the time.”

Tubbs said he credits his Young Life mentor Cory Tennell for his involvement in ministry with students.

“(Tennell) has been an awesome role model for me and my friends in high school,” Tubbs said. “He invited me and a lot of my friends to church when I didn’t have a church home. Because of his involvement in my life, I want the same thing for the youth I’m able to impact.”

Jenson has watched Tubbs grow over the last 10 years and speaks confidently about his son.

“I’ve seen him grow from a skinny little kid to an incredible young man,” said Jenson. “He has such a heart to be around kids. He is so great with them. From a spiritual standpoint, I see growth in him all the time.”

From facing an uncertain future and no home, to experiencing the nurturing influence of an adopted family, to leading Thunder fans in cheering on the home team, Malcolm Tubbs will tell you he is a blessed man who will help encourage others to overcome their shortcomings.