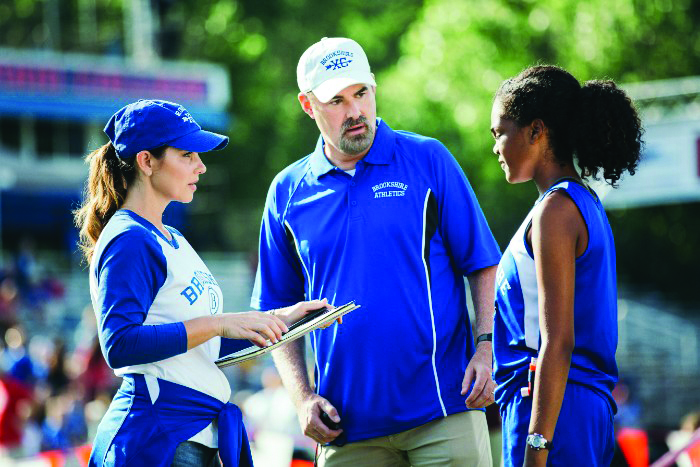 I admit it. I cried during the first Kendrick Brothers movie I watched: the marriage-themed Fireproof (2008). I did the same during Courageous (2011), which spotlighted fatherhood, and War Room (2015), which focused on prayer.

And, yes, I cried again while watching a screener of their latest film, Overcomer, which opens in theaters Aug. 23 and follows the story of a basketball coach and a high school cross country athlete who are searching for their identity in life. 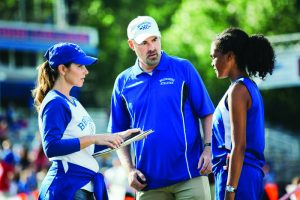 Alex and Stephen Kendrick—the filmmaking duo behind these popular faith-based films—are skilled at weaving an emotional-laden story with biblical truth.

Sure, they want to entertain you, but they’re more concerned with your heart. They want to convict you with the Gospel. They want you to walk away from the movie with a desire to become more like Christ. That’s why many of us cry during these films.

Overcomer (PG) follows the story of John Harrison (Alex Kendrick), a coach whose team is expected to contend for the state title. But when a local company closes—forcing families to move elsewhere looking for work—he loses his best players. He also loses his identity as a successful basketball coach. John is then forced to coach the cross-country team, which consists of one girl named Hannah (Aryn Wright-Thompson) who also is searching for her identity and purpose. She grew up without a father. Overcomer also stars Priscilla C. Shirer (War Room) as the principal and Shari Rigby as John’s wife, Amy.

Overcomer asks the question: What do you allow to define you?

A Christian’s identity, the Kendricks say, mustn’t be found in their work, hobbies or family, but in Christ.

“Even though we call ourselves Christians, we still tend to put our primary identity in our job,” Alex Kendrick told me.

Stephen Kendrick said, “If we don’t know who we are in Christ, we will be devastated rather than just disappointed” when trials come

“It’s like sending somebody out on a football field and they don’t know what team they are on or what position they’re playing,” Stephen Kendrick said. “They’re failing perpetually and frustrating everybody else because they don’t know who they are in Christ.”

It is the Kendricks’ sixth film and their first since War Room, which climbed to No. 1 nationwide on its second weekend.

A No. 1 showing at the box office may be a tall task for Overcomer because of the competition: The R-rated Angel Has Fallen, which opens the same weekend as Overcomer, is predicted by Box Office Pro to make around $17 million its first weekend (War Room was No. 1 with $9.5 million).

But Kendrick films always seem to surprise us.

Overcomer is rated PG for some thematic elements. Visit OvercomerMovie.com. 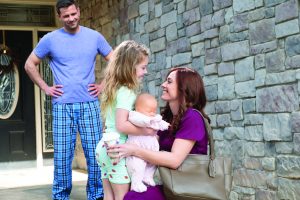 Unplanned is the story of Abby Johnson, the former Planned Parenthood clinic director who became pro-life after assisting with an abortion. The movie releases on DVD and Blu-ray Aug. 13.

‘Unplanned’—It’s the film about Abby Johnson, the former Planned Parenthood clinic director who became pro-life after assisting with an abortion. Unplanned releases on DVD and Blu-ray Aug. 13. It was rated R but should have been PG-13. Yes, the film shows an abortion on an ultrasound, but that’s the only scene in the film involving an abortion. The rest of the film follows Johnson’s story. Still, this film isn’t for children. It’s disturbing and includes minor language.

‘Tolkien’—It’s the biopic about J.R.R. Tolkien, the author of “The Lord of the Rings.” Tolkien is a fascinating peek into the life of the famous author, although it doesn’t touch on his faith. It’s rated PG-13 for some sequences of war violence and is probably best for tweens and up. Tolkien releases on DVD and Blu-ray Aug. 6. It debuted on digital platforms in July.

‘Secret Life of Pets 2’—Don’t believe the critics. This animated film was better than its predecessor, and it includes a great pro-family message about children. It releases on digital platforms Aug. 13 and DVD and Blu-ray Aug. 27. Rated PG for some action and rude humor.

‘Buddy Davis’ Amazing Adventures’—It’s an adventurous nature-centric children’s program with a biblical worldview. Buddy Davis goes on a dinosaur dig, visits the everglades, goes caving and explores Alaska and glaciers in this Answers in Genesis series. It’s now on Pureflix.com.