Orioles’ Chris Davis: ‘God used my time off for His glory’ 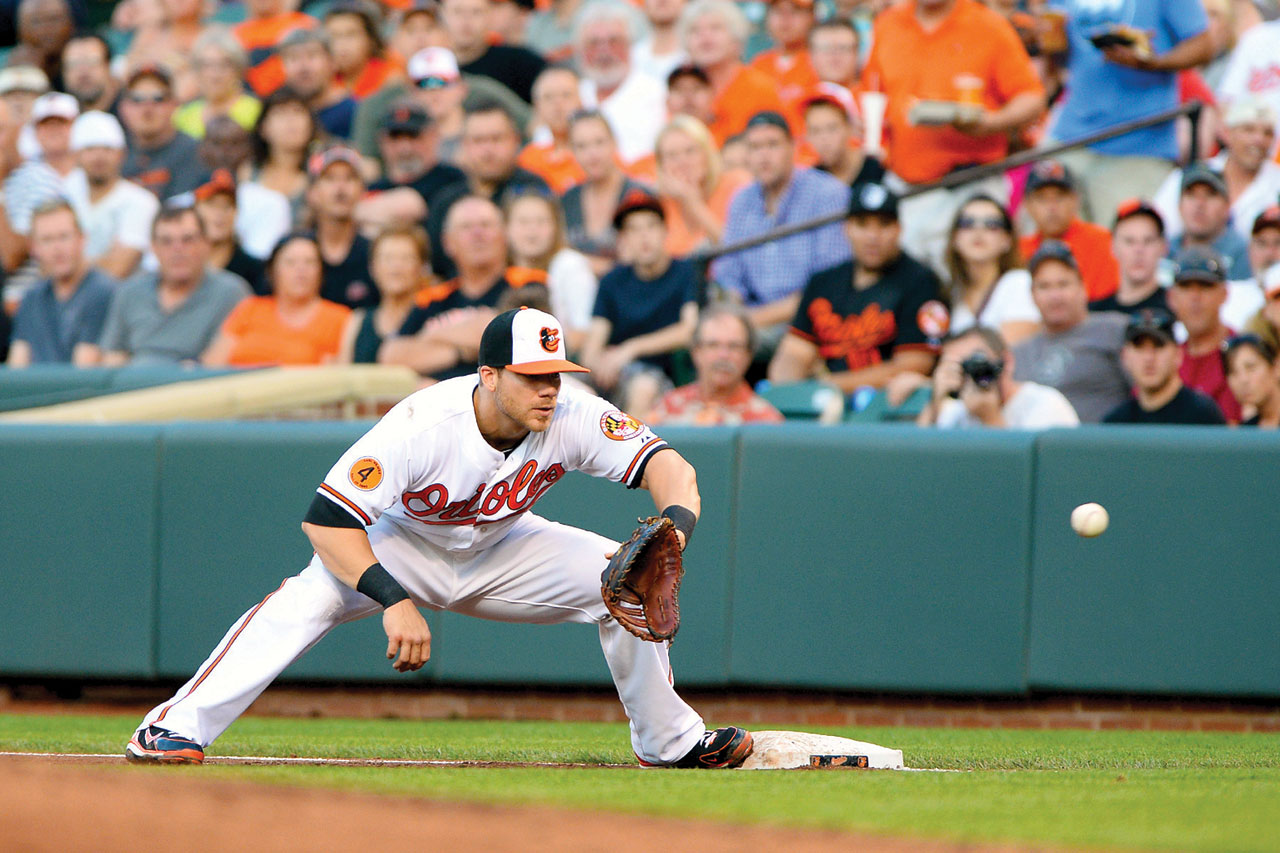 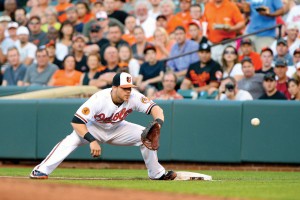 Orioles first baseman Chris Davis is back on the field after serving a 25-game suspension. (Photo: Todd Olszewski/ The Baltimore Orioles)

BALTIMORE (WNS)—Chris Davis was on top of the baseball world in 2013. The Baltimore Orioles’ first baseman led Major League Baseball with 53 home runs and 138 RBI, and finished third in the American League MVP voting.

But 2014 was a different story: Davis hit only .192, missed time with an oblique injury, and saw his home run total drop to 26. Worse yet, in September the league suspended Davis for using amphetamines without approval. He watched from home as the Orioles won their first division title since 1997 and advanced to the American League Championship Series.

During his torrid 2013 season, Davis told WORLD how his faith in Christ helped him navigate the adversity of an up-and-down career. In a recent interview at Camden Yards—shortly after returning from suspension—Davis talked about how his faith helped him overcome a different kind of adversity.

“It was pretty dark,” Davis said of his time away from the game. “Not surprisingly, God was able to use it for His glory.”

Davis started the 2014 season as cold as he’d started the 2013 season hot. He finished the month of April batting .196 with two home runs and one trip to the disabled list. In May he got some good news: He and his wife, Jill, welcomed their first child, a girl named Ella.

Davis said life circumstances pushed him to a point where he was spiritually going through the motions. His prayer life and Bible reading suffered. He lost his two closest Christian teammates—one to a different team, one to injury—and found himself obsessing about baseball.

“When you separate yourself from God and don’t have Him at the center of your life, you’re going to be more susceptible to temptation,” he said while sitting on the bench in the Orioles dugout before a game, donning a backwards cap and Oakley sunglasses. “I just kind of got lost, and I slipped into a trap.”

Davis, who was previously diagnosed with ADHD, began using the prescription medication Adderall to help him focus at the ballpark. Although he had received therapeutic use exemptions for the drug when he was with the Texas Rangers (2008-11), he had not been authorized to use it since then. After testing positive twice during the 2014 season, Major League Baseball suspended Davis for 25 games under the league’s drug policy.

It took a couple of days for the punishment to sink in, Davis said, then turn into frustration. It wasn’t the lost paychecks, playing time, and inability to be at the stadium that bothered him as much as “the impact it had on the people around me … my teammates, my friends, my family, the people who have really stood behind me.”

Many players appeal suspensions, but Davis never considered it, saying he didn’t want to cheat the system to delay the punishment. “Once you make a mistake you own up to it,” he said “I didn’t want to act like it caught me by surprise. I wanted to own it, serve my suspension, and move on.”

Moving on took a considerable amount of time. Since Davis received his suspension on Sept. 12, he was sidelined for the final 17 regular season games and the Orioles’ seven playoff games—leaving one last game to sit out on Opening Day of the 2015 season. He was technically suspended for 209 days.

During that break, he reached out to Christian former teammate Josh Hamilton, who mentored Davis in Texas and is a recovering drug addict. Davis credited Hamilton with helping him put things in perspective: “When we stumble we’re so hard on ourselves that we forget what it means to be forgiven—to have the slate wiped clean. A lot of times we ask (for) forgiveness, and we’re forgiven before we forgive ourselves.”

Davis, who turned 29 in March, also learned fans forgave him, too. He said his biggest concern about the suspension was what it would do to his Christian testimony, but at offseason events, fans welcomed him with open arms.

“They understand what it means to fail,” he said. “They didn’t see me as this perfect, blameless character. It made me more relatable.”

That experience relieved the pressure of returning to play his first home game in Baltimore. The fans greeted him with cheers and watched him log his first two hits of the season. Davis, who obtained league permission to use a different ADHD medication in 2015, finished April hitting .268 with five home runs and 16 RBI in 19 games.

J.D. is a writer for World News Service.

View all posts by J.C. Derrick