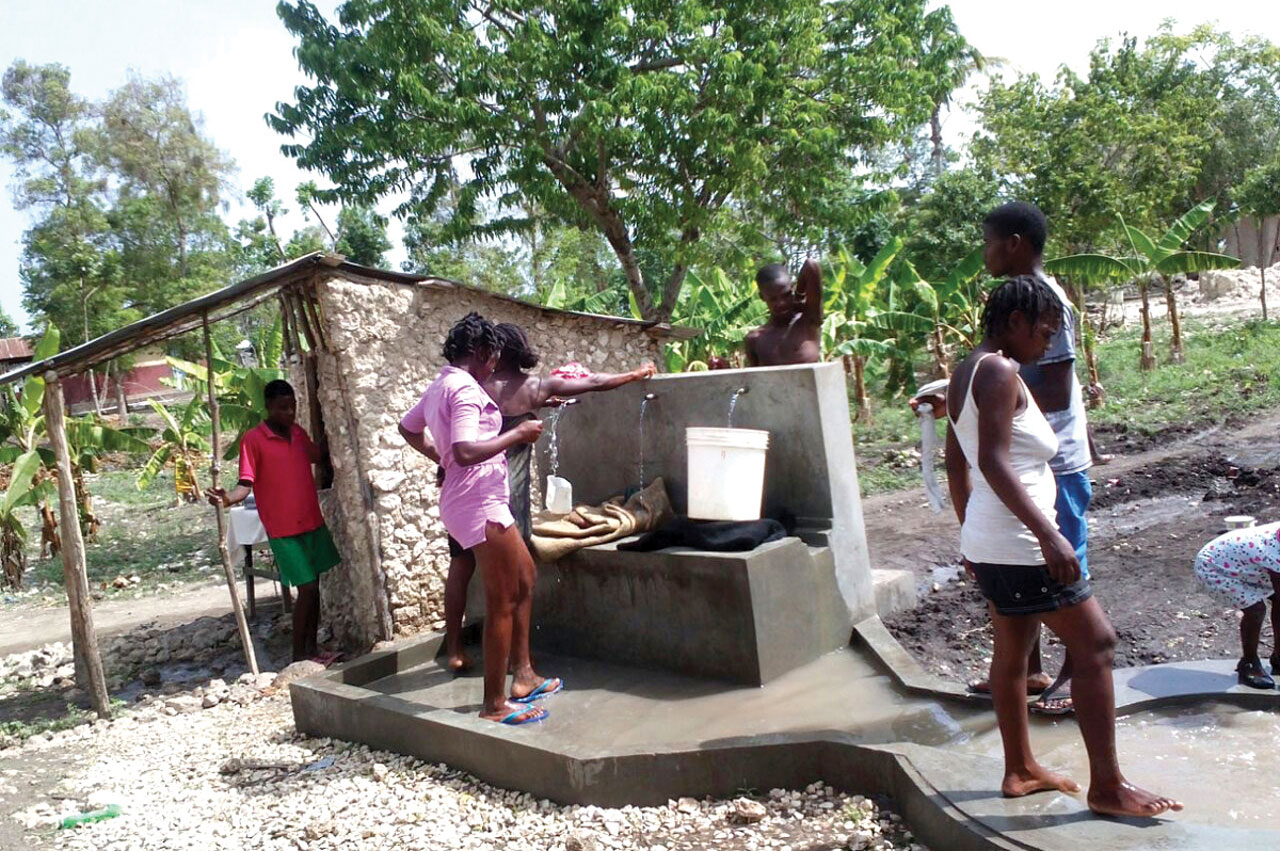 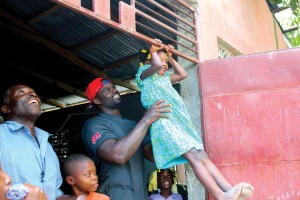 OXFORD, Miss. (BP)—When University of Mississippi defensive end John Youngblood takes a break during the team’s practices, he isn’t likely to take a drink of cold, clean water for granted.

And in the locker room, Youngblood, an Ole Miss junior, and teammate Christian Russell, a senior linebacker, likely will have greater appreciation for a refreshing shower.

The players’ gratitude for fresh, convenient water—and other common necessities—stems from a mission trip to Haiti last spring with 11 teammates among the volunteers to help provide safe water for a village of 7,000 people.

“A lot of guys had no idea the struggles of other cultures and the poverty—how bad things are there,” said Youngblood, who visited the village, Camp Marie, during a similar spring break trip in 2014.

“We’re kind of spoiled,” Russell said. “We tend to complain” when, in reality, “we’re really blessed.” The people of Camp Marie spend their days “trying to find clean water” amid concerns about “where the next meal is coming from,” Russell said.

But now, one thing Camp Marie residents no longer will deal with is finding safe, clean water. Until recently, residents were drinking untreated water from a spring. But that changed in late June when the water project was completed.

“(We) saw that there wasn’t enough clean water at Camp Marie, but people were drinking and using it anyway,” said Powell, a member of Oxford, Miss., First.

In addition to the players and Powell, fourth-year head coach Hugh Freeze and his family were among the volunteers. 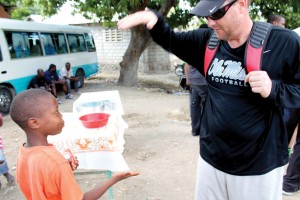 To put the trip together, Powell worked with Wendell Robinson of 410 Bridge, who describes the organization as a “Christ-centered, community-initiated development agency” in the areas of discipleship, education, economic development, and health and wellness. Robinson, who accompanied the Ole Miss team to Camp Marie, is the organization’s U.S. program director for Haiti.

Powell said, “They started the water project while we were there. We tapped into the water source and helped build a buried clean water line,” which takes the water into a disinfection system prior to distributing it at several tap stands in Camp Marie.

In addition to helping build a safe water system, the Ole Miss team’s mission included sharing with the people of Camp Marie how to find the “living water” of salvation.

When they weren’t working on the water project, “we divided into groups and went to the homes and prayed with people in the village,” Powell said. “We went to the church on Sunday. One of our guys (Russell) sang.”

“As I was singing and playing the piano, they couldn’t understand what I was singing,” Russell said, “(but) could feel me through God’s Spirit.”

Powell said at least two people they talked and prayed with made a profession of faith in Christ, including a woman with a disability who was considered an outcast.

In addition to worshiping, praying and sharing the Gospel, “We taught them how to throw a football,” which they had never seen before, Powell recounted. “The girls and women did crafts with the younger children. We played soccer with them.”

The best part of the trip for Youngblood was “just playing with the kids,” to “be with them and give them time and attention. You can’t understand what they’re saying, but you can understand body language. They just want to hold your hand, and it’s great to see how loving and accepting they are,” he said.

Russell said the experience changed his outlook on life. The people of Camp Marie “have pretty much nothing,” he said. “They care for one another, regardless of the little they have.”

After seeing the Ole Miss volunteers serving others in an unfamiliar and challenging situation, Powell said he hopes they will now “look for opportunities to put others before themselves and to understand what it means to love your neighbor as yourself, to live that way in this country, not just when they’re serving in another country and culture. Not being served, but to serve.”

Freeze expressed a similar hope in an email: “One of the greatest qualities a human being can have is an active service toward others and putting others and their needs ahead of themselves. There is no question that on these trips our players see that there are others who have greater needs than we do, and hopefully it spurs them on to be a lifelong giver.”