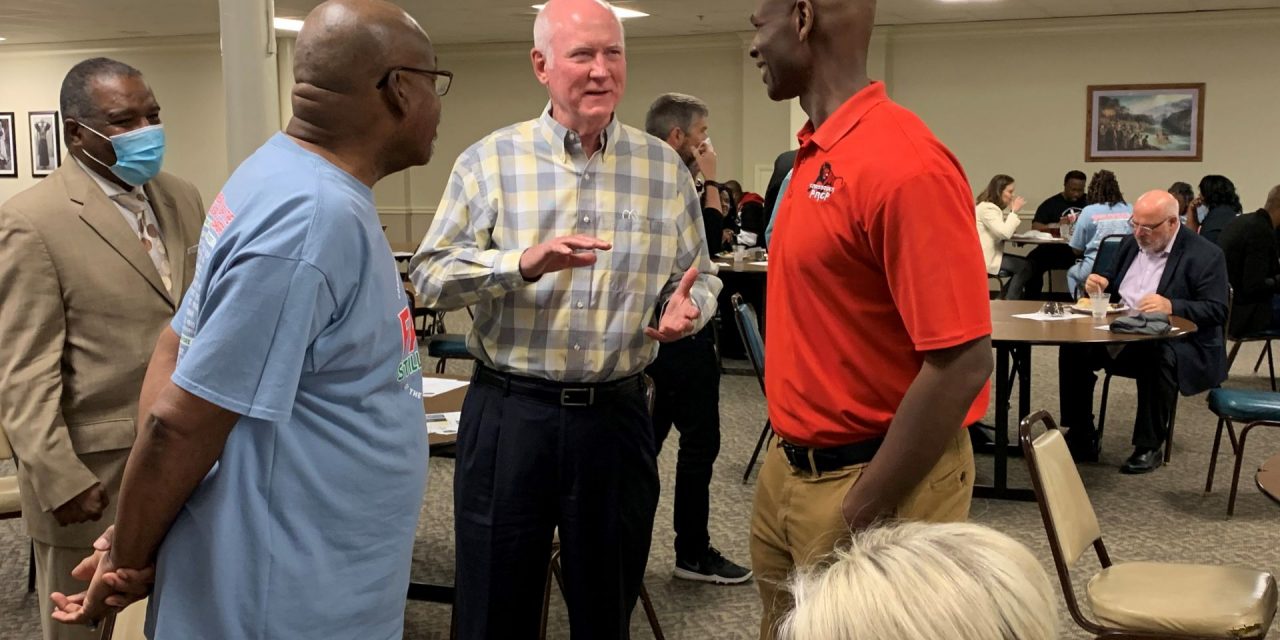 TULSA—An interdenominational group of pastors and other ministry leaders gathered March 29 at Tulsa, First for a luncheon to engage in conversations about how their churches can participate in Unity Faith Day on May 30, the Sunday of the centennial weekend of the Tulsa Race Massacre. 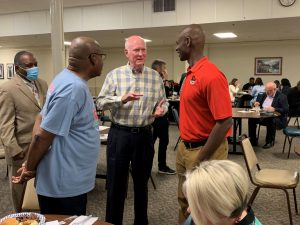 Approximately 100 pastors and ministry leaders shared a time of fellowship at the Tulsa Unity Luncheon.

Approximately 100 Tulsa-area pastors gathered to hear how pastors can coalesce around the theme of racial reconciliation during the centennial weekend.

“On that Sunday, pastors are encouraged to lead their churches to pray for racial healing and commemorate the race massacre in their church’s worship services,” said Mark Dance, Oklahoma Baptists east central regional ministry partner who helped coordinate the luncheon.

“This idea was started by a community grassroots initiative from north Tulsa called ‘Faith Still Standing,’ highlighting the churches impacted by the horrific events of 1921,” Dance continued. “Most still stand today as a testimony to the power of God and the resolve of these black churches.“ 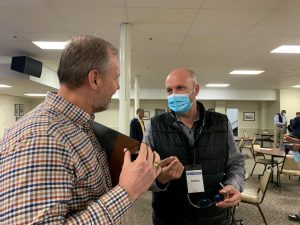 Oklahoma Baptist churches interested in participating will be provided a worship guide from Dance that can be incorporated into worship services on May 30.

Donna Jackson and Stephen Wiley, who represent Faith Still Standing, also spoke at the event, encouraging pastors to join the Unity Faith Day to “celebrate and praise God for the resilience of the churches.”

Faith Still Standing will publish a commemorative book and provide other resources to be available to churches. “There were 23 churches before the 1921 Tulsa Race Massacre,” Wiley said, “and now there are 13 that survived, five of which are still located in Greenwood (the district where the massacre occurred).”

Dance welcomed the gathered pastors and ministry leaders, giving an overview of the program. Also participating in the program were, Deron Spoo, pastor of Tulsa, First, who led the group in prayer and invited them to experience the Tulsa Race Massacre Prayer Room, an exhibit that Tulsa, First is hosting until June 1. 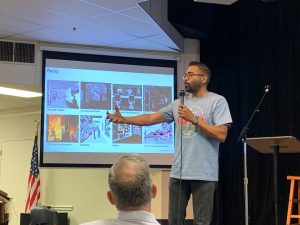 Phil Armstrong, project director of the 1921 Tulsa Race Massacre Centennial Commission gave an overview of the events of the massacre which took place on May 31-June 1, 1921 when one of the nation’s most prosperous African American cities was destroyed.

Armstrong encouraged ministry leaders to come to the Greenwood district on Memorial Day weekend to participate in events commemorating the Tulsa Race Massacre. He also revealed that the Greenwood Rising Museum will be opening May 31. The museum is a state-of-the-art history center located 10 N Greenwood Ave Suite 2021 in Tulsa, honoring the legacy of Black Wall Street before and after the Tulsa Race Massacre.

“Tulsa is ‘ground zero” for race relations in America,” Armstrong said. “What we do here for the next several days and for the years after is going to permeate through this country. I believe five, 10, 15 years from now, people are going to look back and say, ‘Something began to change in America as it relates to race relations. People started embracing that there was a serious problem here, and we needed to do something about it.’”

Pastor Robert Turner of Vernon African Methodist Episcopal spoke of a prayer walk that will be on Monday, May 31 at 10 a.m. in the historic district.

Hance Dilbeck, Oklahoma Baptists’ executive director-treasurer, greeted the ministry leaders who were gathered at the event and led the closing prayer.