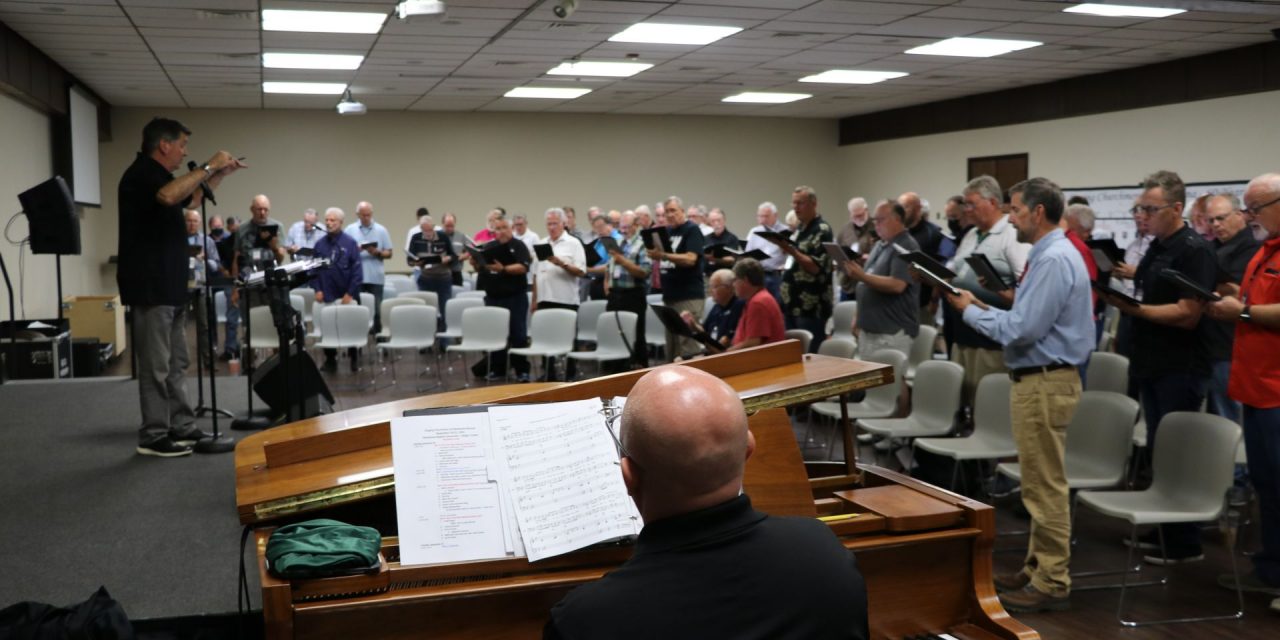 Above: Randy Lind leads a rehearsal with the Singing Churchmen at Oklahoma Baptist University

“This is a project that is produced by Phil Barfoot, and this is the Christmas project for Lifeway,” Lind said “They are going to print this for 2022. We will be doing the premiere on Nov. 4 at Moore, First at 7 p.m.”

The Singing ChurchWomen are preparing for a trip to Nashville in October to do a studio recording. Lind said the trip has other highlights.

“This was a trip that was scheduled two years ago,” he said. “We are going to be singing in a church in Nashville, plus going to a Night of Worship with the Dallas, Texas, Prestonwood choir and Ricky Skaggs.”

Many will also be attending the Dove Awards, Lind said.

“This will be our first studio project in years, and it will be a great experience for the ChurchWomen,” he said.

SCW begin their 2021-22 season in October with regional performances. SCW-West will have a concert at Lawton, First West on Oct. 14, and SCW-East will be performing at Inola, First on Oct. 21. All performances begin at 7 p.m.