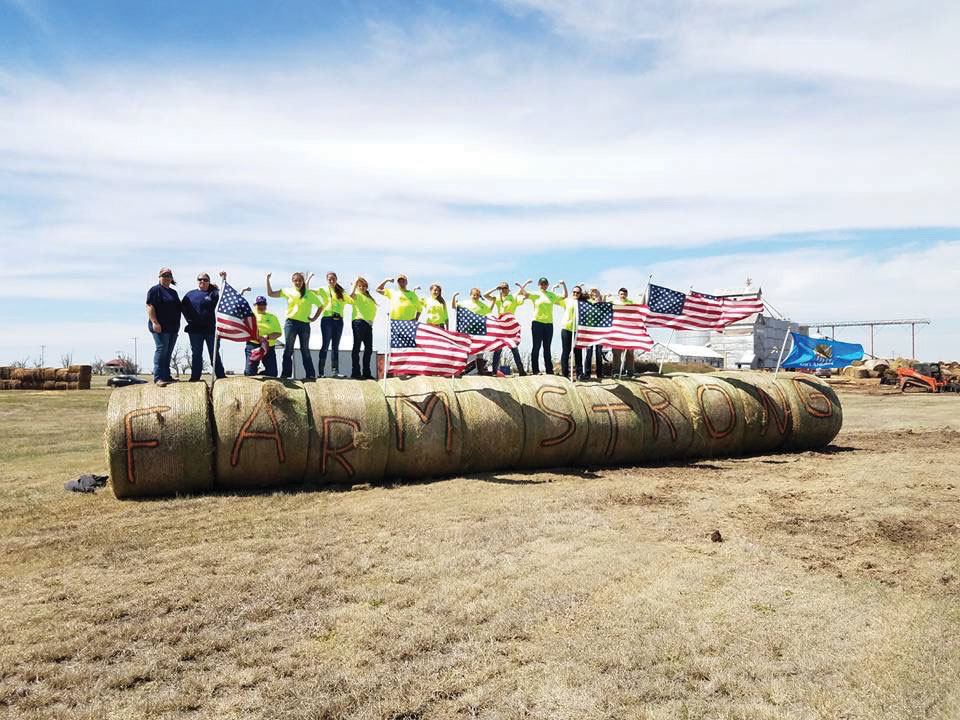 KNOWLES–Oklahoma Baptist Disaster Relief (DR) is continuing efforts to rebuild in western Oklahoma after the worst wildfire in the history of statehood. The fires swept over 1,200 square miles in Beaver County alone in early March 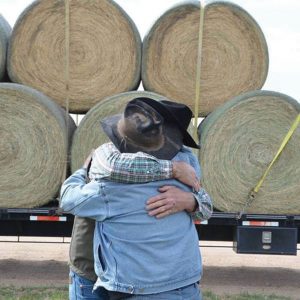 DR Crews have been serving in and around the area, assisting ranchers that lost thousands of heads of cattle and more than 10,000 hogs in wildfires that swept the Panhandle. The fire started on March 6, in Beaver County and spread to the northeast, fueled by 70 mph winds. Pairing dry conditions with winds of that force, an estimated 1,000 acres per minute were burnt.

A DR command site has been setup in the city of Knowles, population 12, leaving the residents amazed at the generosity and help they have received.

“Red Cross has been here twice. Red Cross! That is the kind of things you see in Africa, but not here. Not in our town.” said Jim Hilton, a DR volunteer and area resident.

Hilton and his wife, Debbie are pillars of the community. At one point, Debbie’s family, the Barbys, owned nearly 160,000 acres of land that are now in the damaged areas of Beaver County. The Hiltons took a special interest in helping their neighbors and fellow ranchers recover from wildfire devastation.

When a disaster happens and DR becomes involved in relief efforts, there are three phases to the work that is done.

DR Chaplains, organizers and state leaders access the situation and do their best to get organize how they will go about offering relief to those in need.

At this point in the process, DR focuses on bringing volunteers to the area affected to relieve some of the burden weighing heavy residents and their community.

In the case of wildfires in Knowles and western Oklahoma, a team from Michigan drove 23 hours to deliver hay and supplies, staying for four days removing burnt fence posts to prepare for new fence posts to be installed.

In addition, teams from Marlow, First, and Wichita Falls, Texas, Cowboy volunteered their time, including a team of Amish and Mennonite volunteers to help speed up recovery process.

Because of the remote location of Knowles, lodging options are limited. Four trailers were donated and will be in use until the end of May, when DR hopes to complete their work.

“We currently have five trailers on-site, and each provide lodging for up to 12 volunteers, for a total of 60 people being housed. Four were donated by Stallion Oilfield Services and one is owned by the Baptist General Convention of Oklahoma,” said Steve Boone, Blue Cap team leader and DR volunteer.

Additionally, three fuel tanks have been set up at the DR operation site due to the nearest gas station being nearly 30 miles away. This helps speed up relief efforts, due to the heavy machinery in operation performing tasks to help repair miles of fence that were lost in the fire.

This is when DR begins the process of rebuilding. Knowles and the surrounding areas have slowly been rebuilding to the best of their ability after the disaster. However, rebuilding not only means installing new fences, but tearing down and removing debris from the damaged fences, which is hard, manual labor for volunteers.

“The first team comes through and cuts down the wire from the posts, then we come through with a bobcat skid steer and pull all the posts out. Then the third crew comes with another tool on the bobcat and spools up all the damaged wire into a big ball of wire,” said Boone.

The western part of the state is no stranger to disaster in 2017. Just one month before wildfires affected the area, an ice storm left the town riddled with downed power lines.

However, the Lord has worked those situations for the good of the people of western Oklahoma. The downed power poles were donated by power companies to ranchers in need of fence posts. One power pole alone provides three fence posts.

“In order to be eligible for government programs you have to build the fence to a certain spec, certain barbed wired, certain fence posts and it must be done in just the right way. The fire burned the galvanization off the posts and they immediately start rusting, which makes them unsalvageable,” said Boone.

David Ross, the on-site DR Chaplain in Knowles, remarked at the spiritual work that is being accomplished in the wake of the great loss of ranchers and residents in the area, “It is an incredible experience to lead a spiritual discussion with folks who have just put in 10-12 hour day of backbreaking work, yet are fully engaged in discussing matters of faith

“It was a privilege to have so many locals and unchurched volunteers witness the discussion of our teams each night about God, hope, responding to a crisis, and service.”

In the midst of the devastation and loss from the March wildfires, God’s Word is being spread. DR volunteers were able to share the Gospel with people they have worked tirelessly alongside in the recovery effort.

The people of Knowles and the surrounding areas affected by storms have only words but words of thanks to those who have offered relief in their time of need.

Kerry Hamilton, acting representative for Knowles said, “Thank you from the bottom of our hearts for coming to help us.

Hamilton continued, “We may be fewer in number than a lot of disaster areas, but our land is our livelihood, and it has been given ‘a new lease on life’ in Beaver County and beyond.”

For more information on Oklahoma Baptist Disaster Relief or to make a tax-deductible donation to the ministry, visit www.okdisasterhelp.org.