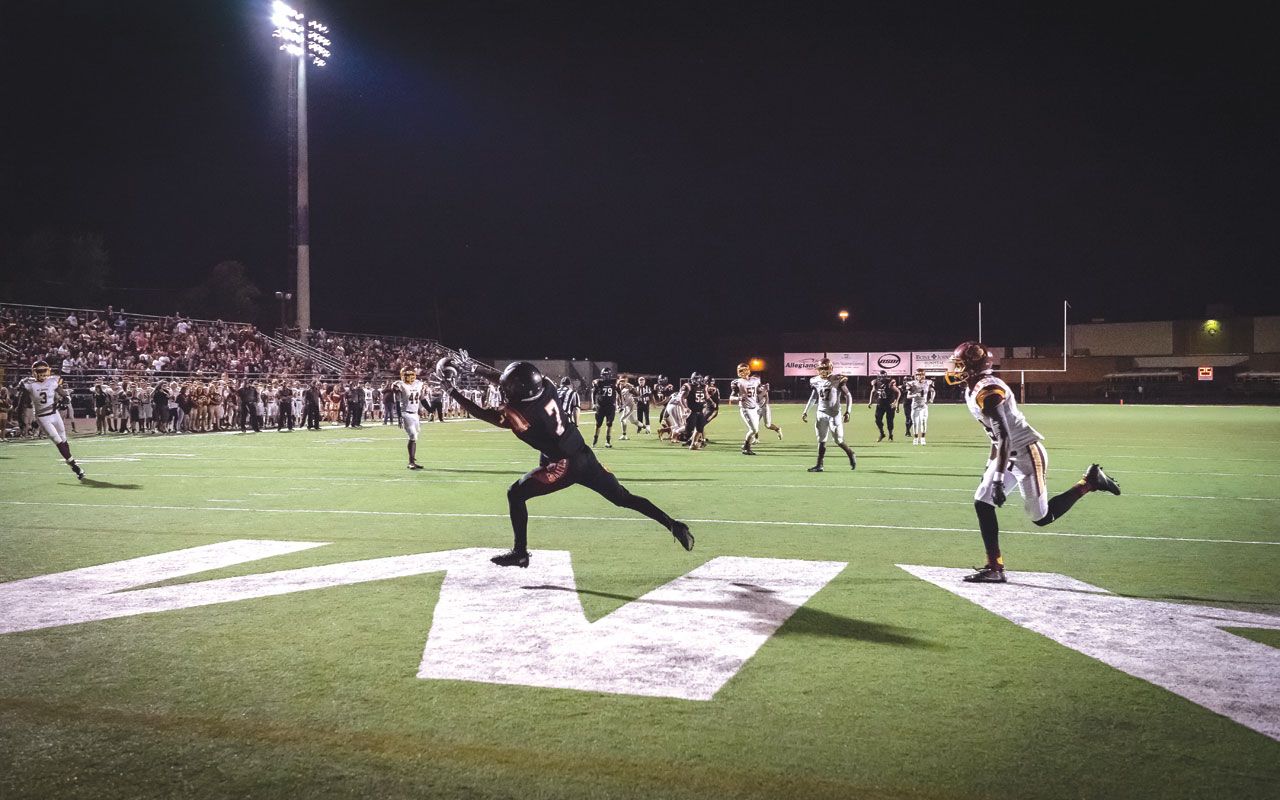 How can a church impact its community? How about adopting a high school football team?

Oklahoma City, Cherokee Hills is investing in the players of the Putnam City High School football team, as families “adopt” players by going to the Pirates’ home games and cheering them on. This idea happened as Pastor Mike Keahbone was looking for ways Cherokee Hills could have a community presence.

Keahbone got to know Hale better, as he and other church members were serving lunch to the players during the preseason two-a-days practices. At one of the lunches, Keahbone asked Hale how many players were on the team, and Hale said they had about 80 guys on the roster.

“And the Lord prompted me to ask the next question,” Keahbone said, “which was, ‘Out of those 80, how many would not have anybody out there watching them play on Friday nights?’ (Hale) thought about it for a second and said, ‘I’d say about 80-90 percent of them.’ It broke my heart.” 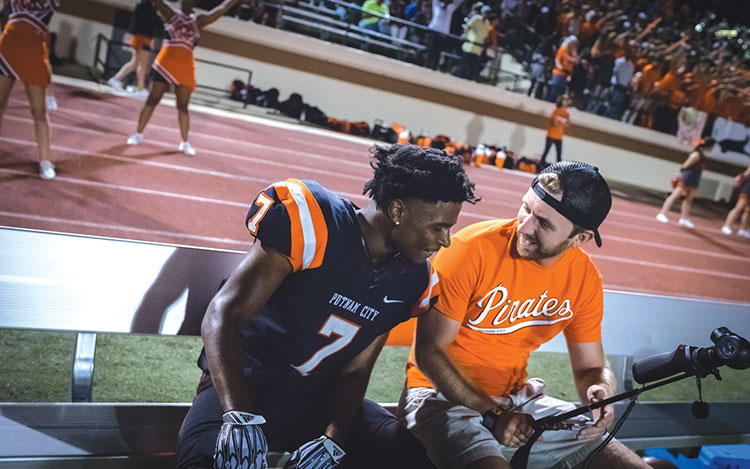 Right then, Keahbone knew what his church was going to do to have a community presence. He asked Hale to send him a roster, emphasizing the 60 players who did not have any family supporting them at ball games.

“What if our church adopted those 60 players?” Keahbone said, recalling his proposal. “What if we could rally around them and have people sign up to ‘adopt’ a player, wear a shirt that had that kid’s (jersey) number and make a commitment to make it to every home game? Whether they play or not, they can look over their shoulder and see someone in the stands just for them. After the game, go where the team is at, shake the player’s hand and tell him you’re proud of him.”

The church was fully in support and have already made their presence known early in the season. But Keahbone made clear what the church’s ultimate intention is.

“If it’s because their parents don’t care, then we’ll have somebody there who does care. We’re just trying to love on them, and if the Lord opens the door, we’ll share the Gospel with them.”

Keahbone said he is also thinking about the 11 seniors they adopted and when they observe senior night this season.

“They’ll call out every senior’s name and say they are the ‘son of so and so,’ and what does that look like if the parents aren’t there standing with them? Our heart and goal is to get that parent there to stand with them, but if not, we will stand with them.”

“The fan club that CHBC is doing is incredible,” said Hale, who shared this experience has strengthened his walk with Christ. “A church reaching out to a community that is in desperate need of positive leadership and, most importantly, to be shown the love of God shows the community mindset that makes CHBC a great church to call home.

“A lot of these kids have never had anyone at the games for them. The members of CHBC have already impacted their lives by simply caring and being there for our athletes. I can feel and see the athletes more motivated and happier to be at school, and our team is more of a family now than it has ever been because of the love that has been shown from the people of CHBC.”