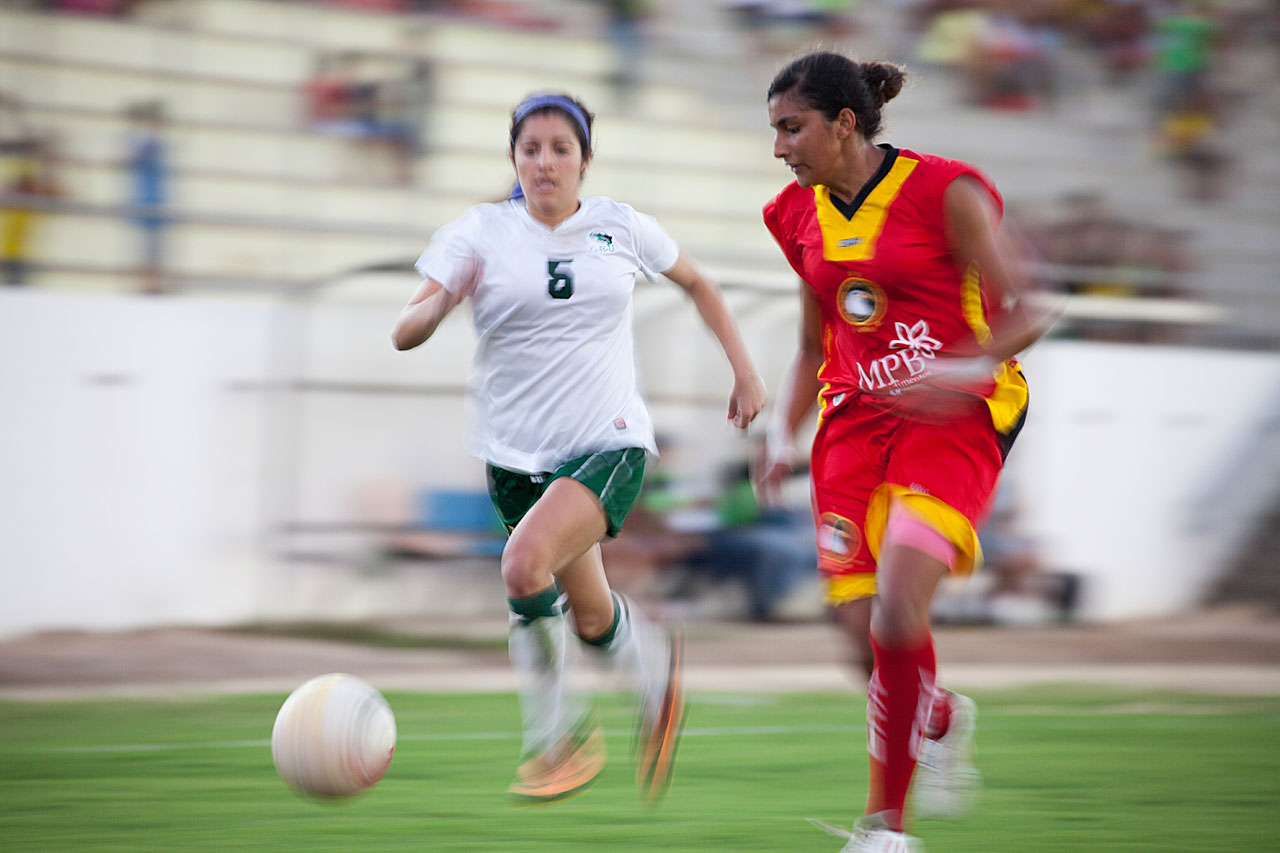 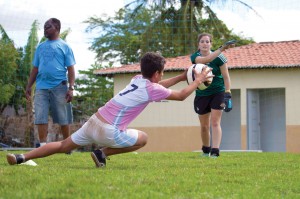 When 10 Lady Bison players, their coaches and chaperones arrived in Ceará-Mirim, Brazil, in late May, they received a welcome worthy of a World Cup team. Members of the town’s First Baptist Church, wearing T-shirts promoting their outreach partnership with the OBU team, celebrated the Lady Bison’s arrival with firecrackers and other fanfare.

The groups then boarded colorful open-air trucks called trio elétricos, used in Brazil to showcase bands during Carnival and other festivals. As they paraded through the streets atop the vehicles, an announcer from the church invited people to attend the soccer match between the Lady Bison and a local women’s team, Global Ceará-Mirim. The loudspeaker drew curious onlookers who were thrilled to see a soccer team from the U.S. and eagerly requested photos with the athletes.

The festivities didn’t stop there. After a brief lunch break, OBU Head Coach Michael White and players Kenzi Bice, from Moore, and Sarah Zeckser, from Midwest City, went to a local radio station for a live interview about the highly anticipated game two days later.

“We’ve really been treated like stars since we got here,” White, a member of Oklahoma City, Southern Hills, said on the air. “We are overwhelmed by the hospitality. We look forward to representing Oklahoma and Oklahoma Baptist University and playing some good ‘futebol’ (Portuguese for ‘soccer’) out there.”

On game day May 30, the Lady Bison shut out the local Brazilian team with a 5-0 victory in a match that drew a crowd of nearly 500 in the Ceará-Mirim stadium. A Brazilian minister shared the Gospel during halftime.

As the week progressed, the OBU team shared their faith, led soccer clinics, spoke in schools and encouraged Brazilian Baptists. Through the volunteers’ outreach, 18 people accepted Christ as their Savior, and 22 others expressed interest in hosting Bible studies in their homes. 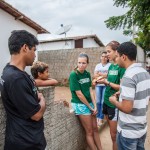 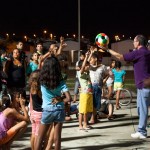 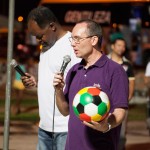 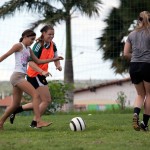 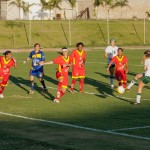 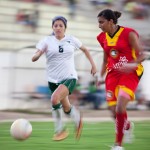 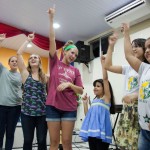 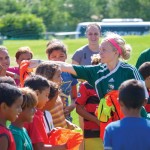 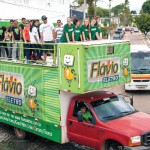 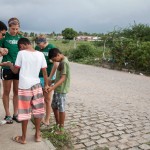 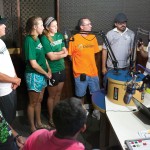 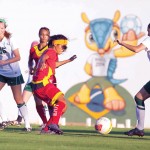 The team’s work was part of a May 26–June 2 mission trip to the northeastern coastal city of Natal and surrounding towns like Ceará-Mirim. Natal is one of the 12 host cities for the FIFA World Cup, and the site where U.S.A. won its first World Cup match against Ghana, 2-1, on June 16.

During their outreach in and around Natal, the Oklahoma mission team partnered with International Mission Board (IMB) missionaries Rick and Jill Thompson, who coordinated initiatives with three Brazilian churches in the area. The Thompsons are from Richmond, Va., Fairmount.

Rick Thompson said Southern Baptist missionaries in Brazil and their Brazilian partners have been planning the last year for effective use of volunteers to help with “impact events” to take advantage of the excitement surrounding the World Cup. Planners want to reach international visitors coming to Brazil for the world-famous soccer tournament and hope volunteers will encourage Brazilian churches and stimulate church growth.

“We (are using volunteer) teams specifically in the area of church planting,” Thompson said, “(to) use their talents and gifts . . . in any kind of venue to draw a crowd and share the Gospel.”

During events like the OBU soccer team’s visit to Natal, Brazilian Baptists work alongside the volunteers, getting names and contact information of prospects met during the outreach. Local church leaders then begin following up with contacts and starting home Bible studies in an effort to plant a church, Thompson said.

Experiencing the best of Brazil’s hospitality, the OBU group stayed in homes of church members and ate most meals in the churches.

Working in outreach with local Baptists, the OBU team experienced the receptivity of most Brazilians to hear the Gospel. At the Lady Bison soccer clinics, for example, children eager to play soccer with a U.S. team listened intently as the collegians shared how to know Jesus Christ. The team was frequently invited into homes and warmly welcomed at schools.

During one afternoon of door-to-door evangelism, Bice and Allie Preston, from Abilene, Texas, met a woman who was experiencing great turmoil in her family. The students prayed for her in her front yard and invited her to the evening worship service.

“We got to pray for her right there,” Bice said. “You could tell she felt better after that, more at peace and happier.”

That same afternoon, two Brazilian boys followed Bice and Preston down the streets. The young women stopped to share the Gospel with them. Later that night, the boys attended a worship service, where Bice and Preston gave them their first Bibles.

As the week progressed, Preston said her confidence in witnessing grew.

“I never saw myself doing this. But it’s gotten easier. Being able to share God’s love with other people has been a really cool experience,” she said.

Coach White voiced pride in the team and how they handled themselves on and off the field. He said there had been some anxious moments upon their arrival “because of the things we would have to do that would take us out of our comfort zones. We know soccer, and we’re very comfortable with that aspect of it,” White said. “But (It was different) when it came to being deliberate and open about our faith. But the girls bought into it. They’ve grown, and I’ve grown. I think I’ve been changed as well, so I think this has been a phenomenal success on many fronts.”

The team’s presence also helped Thompson make connections with some city and university officials he had never met, and those relationships will open new doors for the work of IMB missionaries and Brazilian Baptists.

“You accomplished more in seven days than I could have in seven months,” Thompson told the team at the end of the week. “Thank you. Thank you.”

Brazilian Baptists also expressed gratitude for the exposure their churches received through the partnership and for the team’s ministry.

“Thank you for coming to encourage us,” said Judson Próspero Duarte, pastor of First Baptist of Ceará-Mirim. “Your presence has been wonderful.”

View all posts by Marie Curtis