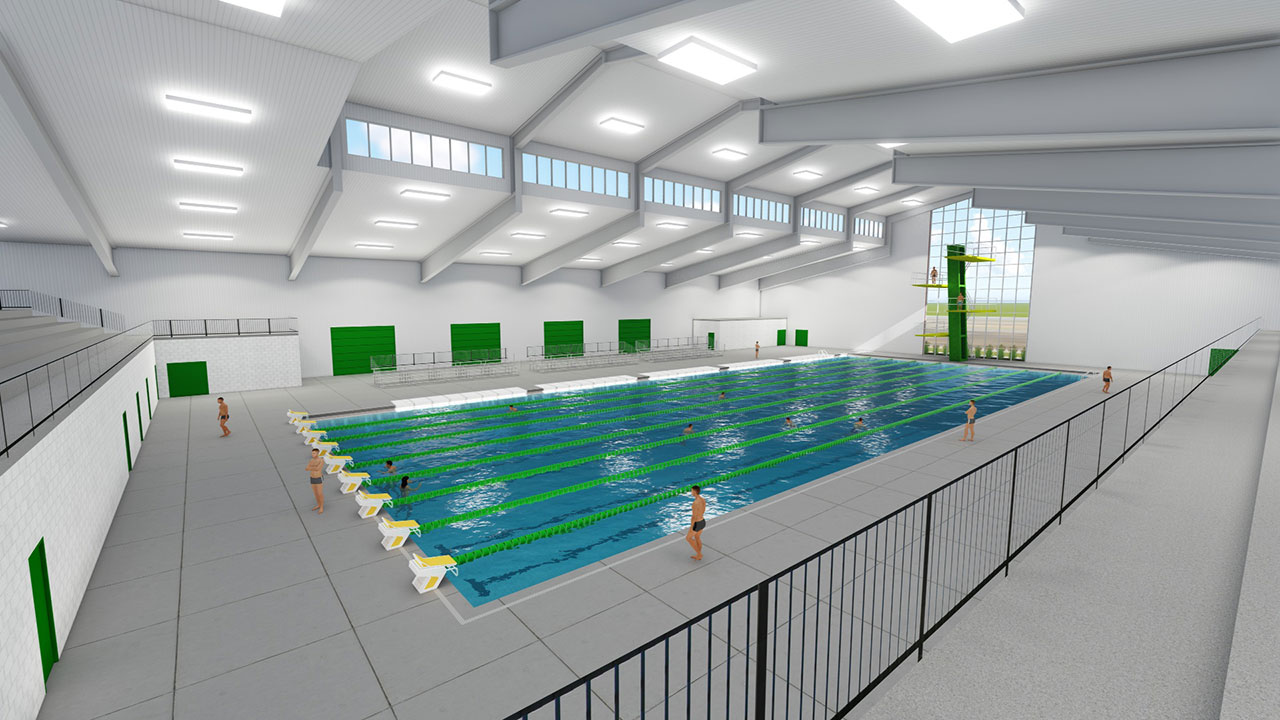 The result has far exceeded expectations. Freas became the first coach in collegiate swimming and diving history to lead the men’s team to an NAIA Championship in the team’s first year of existence, with the women’s team taking runner-up status.

Since its launch, OBU has amassed seven national titles in just four years for both men and women, breaking 28 national records.

Beyond team success, more than 250 swimmers and divers have earned All-America or Academic All-America designations.

Swimmers have participated in the Olympic Games, Pan-American Games, World Championships, and other hemispheric championships while attending OBU.

“What has happened at OBU in terms of swimming and diving is unprecedented in collegiate athletics,” said David W. Whitlock, OBU president. “As a result, numerous individuals, corporations, and organizations have inquired about helping OBU establish a permanent home for this outstanding athletic program.”

In response to these requests, preliminary plans were developed for a facility that will include a 50-meter pool (Olympic distance) by 25 yards (collegiate competitive distance) with Olympic-standard diving boards and platforms (10-, 7- and 5-meter platforms, two 3-meter boards, and two 1-meter boards) as well as a therapy pool. The projected location for the facility will be on the northern portion of campus, north of MacArthur.

“Such a facility will have the capacity to host national, regional and local events,” Freas added. “The facility will also be able to accommodate sports like water polo and synchronized swimming in the future. The void created by the closing of the natatorium at Oklahoma City Community College provides additional inducement for having a facility that will cater to the needs of students, faculty, staff and athletes as well as the local community and region.”

Additionally, a natatorium on the OBU campus has great potential for economic generation for Shawnee, the county and the state. As an indoor facility, the pool will expand the opportunities the local community currently has in the YMCA and the outdoor city pool located in Shawnee’s Veterans’ Park.

In its most recent meeting, the OBU Board of Trustees was encouraged to hear of the donor interest in a new swimming and diving facility.

“We are blessed to have corporations, organizations and individuals who are reaching out to us and seeking a way to make this happen. With that support coming in unsolicited, and with the success of the swimming and diving programs, we realized that this is a worthy project for us to undertake,” said Will Smallwood, senior vice president for advancement and university relations.

For inquiries, contact OBU’s Office of University Advancement at 405/585-5412 or development@okbu.edu.