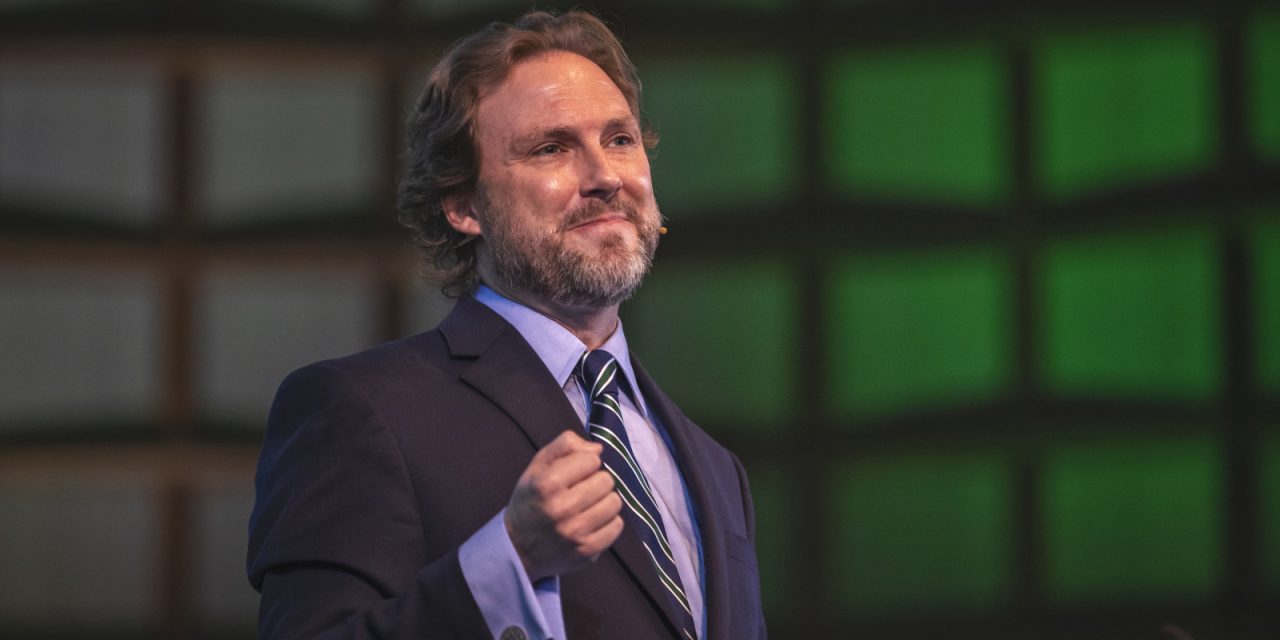 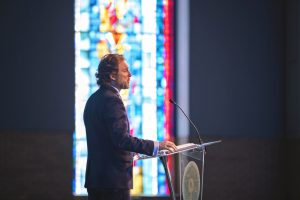 Thomas shared from Prov. 9:1-18, discussing wisdom and folly, and stressed the importance of heeding the voice of wisdom.

Thomas discussed how both wisdom and folly are personified in this passage, giving them human characteristics to illustrate the key traits of each. He then shared from Prov. 3:19, noting that, “The Lord founded the earth by wisdom and established the heavens by understanding.” 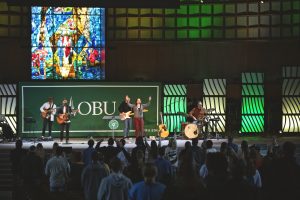 “What we need to understand is when sin enters our world, when you and I say, ‘God, I’m good. I don’t need your help,’ we inhabit the house of folly and listen to her voice” he said. “And what happens? The primary relationships for which God made us are broken, fragmented and shattered.

Thomas then stressed that the fear of the Lord is the beginning of wisdom, as found in Proverbs 1. He reminded the audience that as believers, we are called to inhabit the house of wisdom, not just visit.

“What wisdom calls us to is holistic commitment to the voice of wisdom,” he said. “At OBU, we commit to inhabit wisdom’s house. All of life. All for Jesus. It’s no wonder that the New Testament and the early Christian authors identified Jesus as the very wisdom of God.

“At OBU, we want to equip, inspire and empower you, the next generation of future shapers to live not just for a paycheck but to live wisely in our world. To make a difference for Christ. To add value in our churches, in our communities, in our world. In wisdom, we find life and thriving.”

Thomas concluded with a call to the entire university community, to be certain whose voice they are following.

“It’s a tale of two voices,” he said. “Whose voice are you listening to? At OBU, my prayer is, as the president of this university, we are a university committed to developing and inculcating and inhabiting the house of wisdom. This is a high calling. It’s difficult. It’s not easy.”

Thomas assumed office as OBU president Jan. 1, 2020. He joined the OBU faculty in 2015, serving as the dean of the Hobbs College of Theology and Ministry, professor of Old Testament and the associate vice president for church relations. He also served as interim dean of the Divisions of Behavioral and Social Sciences and Language and Literature, and the Floyd K. Clark Chair of Christian Leadership.

Prior to arriving at OBU, he served as director of Ph.D. Studies and associate professor of Old Testament and Hebrew at Southeastern Seminary in Wake Forest, N.C. In addition to academic leadership, he sustains a passion for exploring the Bible, particularly the biblical books of Lamentations and the Minor Prophets.

He has authored or co-authored six books and has edited four books. He currently is finishing major works on the Minor Prophets, the book of Job and an introduction to the Old Testament. He serves as editor for the Hobbs College Library Series and is an Old Testament editor for the Christian Standard Commentary series. Thomas also serves as fellow of the Kirby Laing Centre for Public Theology in Cambridge and fellow of the Center for Baptist Renewal.

Thomas grew up in Texas and Oklahoma, the youngest of four brothers. His father pastored churches in Tennessee, Kentucky, Texas and Oklahoma. A 1998 OBU graduate, he earned a bachelor of arts degree in English literature with a religion minor. He then earned a master of arts degree in theology from Southwestern Seminary and a Ph.D. in Old Testament from the University of Gloucestershire, United Kingdom.

He has served churches in Oklahoma, Texas, North Carolina and in the UK. He preaches and teaches regularly and has served as interim pastor for Edmond, Henderson Hills; Del City, First Southern; and Moore, First.

Watch this or other chapel messages at www.okbu.edu/student-life/spiritual-life/chapel-messages.