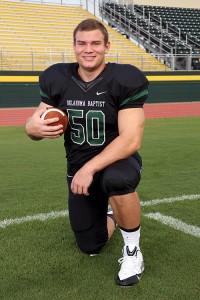 Linebacker Bryson Beattie and defensive back Nic Shegog were listed as honorable mention.

All 13 are now eligible to participate in the Jan. 16 USA College Football Bowl in Georgia. The team was selected by college football sportswriters, sports information directors and head coaches.