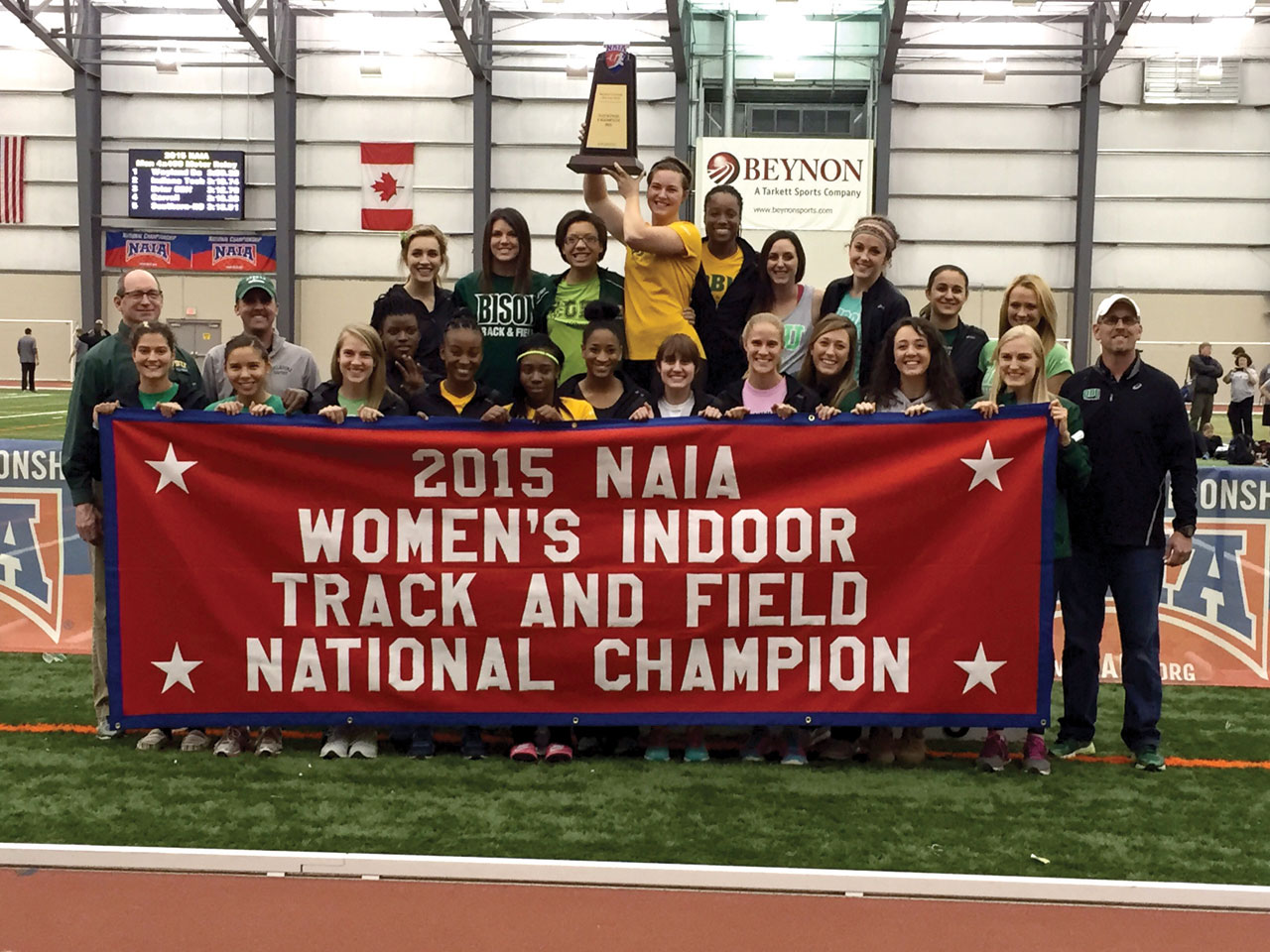 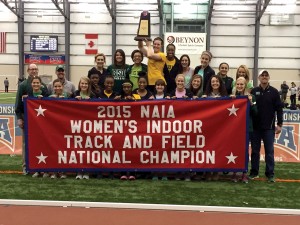 Oklahoma City Community College hosted the swimming and diving championships. The track and field meets were in Geneva, Ohio.

Ford Mastin earned his 11th NAIA Coach of the Year award. Elizabeth Dadzie won the Most Valuable Performer Award, and Hannah Fields and Travis Hinton captured the Outstanding Performer Awards. This is OBU’s seventh women’s indoor team championship. The Lady Bison also won it all in 2005, 2007, 2010, 2011, 2013 and 2014. 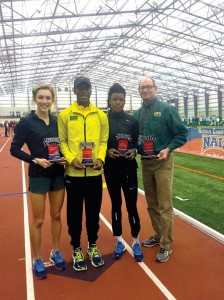 At the National Track Meet, Fields won the mile with an NAIA record, won the 3000 meters and anchored the national champion distance medley relay and 4×800 relay teams. Hinton shattered the NAIA record in winning the 600 meters and ran the first leg of the NAIA champion 4×800 relay.

“This was wonderful because of the way we won it,” Mastin said. “Those two records were so hard to break, and I’ve been to 37 national meets, and this is the first one I’ve been to where one team got four of the six major awards. They usually like to spread that out a lot to make everyone happy.”

Another track highlight was Fields winning the mile in NAIA-record time at 4:37.25, eclipsing Leah Pell’s 1988 mark of 4:43.68. Pells represented Canada in the London Olympics.

These were the final NAIA events for OBU, as the Bison will transition to NCAA Division II.